The time we’ve all been waiting for is finally here. The mother of all cricketing battles, the ICC World Cup 2019 has already provided some thrilling contests since a week. With the excitement amongst the fans palpable, the atmosphere within the teams intense, and the media scrutiny over the players being that sword that hangs over your head, there’s little doubt that the ICC World Cup 2019 will be quite simply, unforgettable.

But that said, the moment one Team India is involved, needless to say, that the excitement surrounding the World Cup quite simply, doubles. A country of cricket fanatics spread over all age groups, the game is India’s pride itself. And their passion. And probably everything else in between.

But here’s a thought.

Cricket, as a sport originated in England, yet, Her Majesty’s talents have not been able to lay their hands on the 50-over trophy ever.

That told, considering their form, quality of players, and the team management, a strong word has been going around in the cricketing fraternity of them being the closest to the trophy this year.

Undoubtedly they start off as the favorites, for the first time ever. And another name taken in the same breath is that of Team India’s.

On this note, it seems to be a good time to relive the cricketing classics featuring a quintessential contest: India vs England in World Cup.

These are contests that have taken place between the two over the years. They have never been arch-rivals to start off with, but each time they have met, they have put up a fierce contest on the board.

For the record, they have played each other 7 times and share 3 wins apiece. Their last match-up was a nail-biting tie in 2011. While India have been champions twice and runner-ups just once, England have been runner-ups on three occasions but have never managed to lay their hands on the trophy.

It was the first edition of the World Cup and England crushed India by 202 runs in their first mega-event meet ever. Batting first, they piled up a mammoth 324/4 in 60 overs, courtesy Dennis Amiss’ 137. In reply, India could manage just 132 in their full quota of overs. The fact that India did not overhaul even Amiss’ score is highly astonishing. Till date, the match is remembered not for the margin of runs England won by, but due to Sunil Gavaskar’s infamous unbeaten 174-ball 36 with just a lone boundary in it. The Little Master’s pace of the innings remained a mystery.

India vs England in World Cup of 1983: INDIA WON BY 6 WICKETS (MANCHESTER)

The next opportunity India got to play England was during the 1983 semi-final campaign where they avenged their previous defeat in the 1975 World Cup. Yashpal Sharma’s 61 helped India chase down a target of 214 with 6 wickets and 32 balls to spare. India had a great run that year and went on to defeat Clive Lloyd’s West Indies by 43 runs. It showed the world what the team can do. Beating West Indies twice in the World Cup was no mean feat back then.

England were surely a force to reckon with in 1992 and they were stopped only by mighty Pakistan, the eventual winners. Winning the toss and electing to bat first, England had 236 on the board in 50 overs, with Robin Smith’s 91 providing the impetus. India’s chase was always on the right path until the halfway stage when Ravi Shastri was run after a steady 57. It was all but over after Kapil Dev’s departure, India still 50 away from a win. The lower-order was unable to hold fort and India fell short by just 9 runs.

This India-England encounter still makes its way into record books and discussions. It was a day that belonged to Ashish Nehra and rightly so. Chasing India’s competitive target of 251, the left-arm single-handedly swallowed England with figures of 6/23. It went down as one of the country’s finest ODI spells. Such has been its impact that the images of a celebrating Nehra with his arms wide open still serves as a fresh memory. These figures are still India’s best by any bowler in a World Cup. Fighting weakness at various points in his spell, he held his own and served a glorious win on a platter to India.

India vs England in World Cup 2011: Nail-biter at Bangalore

A contest featuring India vs England in World Cup 2011 that seemed straight out the world’s highest selling music album. Needless to say that the February 27 encounter, now a wrinkle in time was a thriller!

For all the crazy efforts put in by both the teams and their intensity, a draw would have been the least favorable outcome. But it happened. India’s 338 was underlined by Sachin Tendulkar’s sublime 120 and a stylish 58 from Yuvraj Singh. However, England had other plans. Skipper Andrew Strauss hit the bowlers all over the ground to notch up a magnificent 158 and was ably supported by Ian Bell’s 69. With 14 required off the final Munaf Patel over and two off the last ball, England sneaked in a single. A historic tie! Strauss’ efforts earned him the Man of the Match honors. The two teams are yet to play against each other in a World Cup post that epic.

An honorable mention also goes to the 1999 World Cup match between England and India. A near-perfect and all-round unison of batting and bowling saw India win big by 63 runs.

Mohammad Azharuddin’s India put up 232 in 50 overs and had England on the mat with them being all out for 169.

After all, what else would you expect from two lovely cricket-loving nations?

Wait with bated breath, as they meet again on June 30 at Birmingham and settle the scores. Can Virat and Team India stop the mayhem that Morgan and his men have been doing since the last couple of years?

That day, cricket would be the real winner! 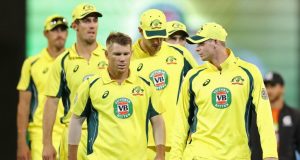