As soon as Yuvraj Singh announced his retirement, a flurry of nostalgic moments overwhelmed me. These ranged from ‘A brilliant white ball cricketer’, to being ‘that guy who could’ve done a huge deal more,’ to simply being someone for whom you’d feel ‘Oh… am going to miss watching him bat.’

This is so for it goes without saying that the name Yuvraj Singh will reverberate in the ears of all who love Indian cricket and have for decades together.

To say, Yuvraj Singh has fashioned quite a remarkable career won’t be an understatement. It’s because it’s been replete with plenty of highs and some brutal lows. To be on high of being a World Cup winner to being diagnosed with life-threatening cancer, Yuvraj showed resilience, courage and pure brilliance throughout his time playing for India.

We often use the phrase – ‘A matter of life and death’, well Yuvraj lived it in reality, a reality you wouldn’t wish on anyone. He came out of it fighting. Now that’s one hell of inspiration if ever you need any.

One of the most talented Indian batsmen, one of the biggest match winners, Yuvraj Singh would arguably go down as India’s first bully with the bat in ODI cricket. Yes, there was Kapil Dev before him but no one did it with the kind of consistency at the biggest stage as Yuvraj did. With 362 runs averaging 90.50 and taking 15 wickets, Yuvraj won India the 2011 World Cup, was adjudged man of the tournament and yet was coughing blood all through that tournament keeping it unknown to any player in the dressing room.

Well, if that doesn’t give you goosebumps, don’t know what will.

There are many Yuvraj Singh’s memories that will have an everlasting presence in an Indian cricket fan’s heart. Few of them being – a young kid dominating on a debut against a strong Australian attack, an improbable win against England in 2002 with Natwest Final on the lines at the Mecca of cricket, Yuvraj Singh along with Kaif did what many ardent watchers of the game terms as the defining moment of Indian cricket in the new millennium.

The 2007 World T20 win, the six 6s against Stuart Broad, that 30 ball 70 versus the Aussies- his tank never ran dry of serving endless entertainment. The World T20 win coming just after the debacle of the 2007 World Cup in West Indies made it even sweeter.

Yet, for me personally, the most admired moment of Yuvraj Singh that will be edged with me forever would be his fighting century against England in January 2017. Making a comeback after winning over cancer, coming in at 25 for 3, under pressure, Yuvraj struck a magnificent century. That century was for me was “The Stuff Of Legends”.

Yuvraj Singh is a warrior.

But so many wars he has braved have not even been his own.

And yet man carries on his true self and says – ‘My next focus in life is to help cancer patients and underprivileged kids!’ 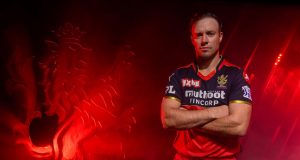 Robin Rounder - April 8, 2021
0
The superman of cricket, Mr. 360, call him what you may, but Abraham Benjamin de Villiers is a generational great in the sport. A name that...