Well I mean this in every aspect be it politically, from a sports perspective, economically or even the day to day life of an average South African citizen.

With the just concluded national elections, ANC has again come into power with a certain Cyril Ramaphosa at the helm. Well, that could have been good news with this party leading South Africa since the end of apartheid almost 25 years ago. The fact of the matter is it’s not, South Africa faces the highest rate of inflation, unemployment, and crime ever.

The ANC government is just filling their pockets with absolutely no interest in developing a nation on the road of progression.
With all this at the center of every South African’s life it’s natural to feel discontent and disheartened.

So, this is where sport comes in to unite a nation irrespective of all other failures as I had mentioned in my last article.
But has it?

Well till this stage of the Cricket World Cup, the Proteas seem as unsure of their performances as a South African citizen thinking with where his next source of income will come.
With 3 straight losses and a wash- out the Proteas were looking down the barrel, before a breath of fresh air came in the form of an Afghan conquest and now, we are faced with the challenge of winning everything that comes our way to have any chance of qualifying for the playoffs.

Well, again it’s possible if we show intent. Hope is a good word provided it has the right dosage of intent.

I still say, this team has the power to unite a nation, but please show us the willingness to make every South African at least for now forget his despair and seek some delight.

For we all know this is required more than ever for a dawn of a new South Africa.

The cup could still be ours, the only question is are we willing? 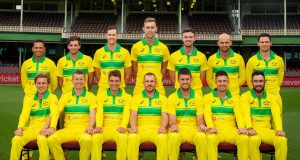 Which Australian Cricket Team Will Turn Up At The 2019 ICC...