What can possibly be a better ODI contest, where England Women taking on Australia Women?

Probably, the best as England and Australia both are the winners of the 50-over World Cup and the World T20 respectively.

Now, the familiar foes are ready to face each other in the Ashes series which is scheduled to start from July 2 in Leicester and comprised of three One Day Internationals, as many Twenty20 Internationals and one Test.

Though the Test series between England and Australia had started in way back 1931, it renamed ‘Women’s Ashes in 1998. Earlier, only Test matches were played but from 2013, the ODIs and T20s have been included. So far, 49 Test series have been played where Australia won 12 times and England 9, rest of the 28 games ended on a tie.

In the other 22 games, Australia won 8 games while England 6 and the rest 8 games went on a tie.

The series is important to both the side; moreover, it’s a matter of pride for them.

It was in 2017 when they last faced each other in Women’s Ashes. However, things have certainly changed for both the teams for the last one year where the players have improved more.

Before talking about the current scenario, we should look back to the past. Let’s see how the things unfolded when the two teams last met in the Women’s Ashes in 2017.

In the first ODI, Australia won the toss and elected to field first. Put into bat, England had a steady start with in-form Lauren Winfield and Tammy Beaumont. But they failed to utilise the good start into a big score as Ashleigh Gardner bagged 3 wickets while Ellyse Perry and Megan Schutt scalped 2 each and restricted them within 228 in 50 overs.

A chasable total, right? Let’s see what had happened in the second innings.

Australia openers Alyssa Healy and Nicole Bolton failed to give a steady start. Though the middle-orders tried to steady the ship with their 30s, England bowlers pulled the things off pretty well. It was Alex Blackwell who scored an unbeaten 67 off 86 and took the team to the finish line with 5 balls to spare.

If this was one of the thriller ones, the second one was a little different.

This time England won the toss and opted to field first. Australia openers got off to a flying start, adding 98 runs. Though Jenny Gunn bagged a four-wicket haul, four half-centuries from Nicole Bolton, Alyssa Healy, Ellyse Perry and Rachael Haynes helped Australia to put up a huge total of 296 after 50 overs.

Chasing the total, England lost both their openers very cheaply as Megan Schutt trapped them before the stumps. Though Katherine Brunt scored a 54-ball 52, Schutt’s four-fer dismantled England and bundled them within 209 in 42.2 overs. With this win, Australia won the ODI series.

In the third one, England chose to bat first. Having lost Winfield for a 10-ball duck and Megan Scutt’s another four-wicket haul, Beaumont, Sarah Taylor and Heather Knight’s big scores took them to 284.

A huge total to chase, but not impossible one when you have the quality players in your side. Right?

The Test match went on a tie where a couple of good shows were seen. While England posted 280 in the first innings, Australia were no far behind. Ellyse Perry scored her first Test double-century and remained unbeaten at 213 off 374, including 26 boundaries and a six. However, England batted well in the second innings and took the game to a draw.

Though Australia clinched the ODI series by 2-1, T20I series went to England’s name.

Australia started with a win in the first T20I where Megan Schutt took another four-wicket haul. Danielle Wyatt was the lone fighter with a half-century in England’s 132-run score. Australia chased down the total comfortably with Beth Mooney’s blistering 86 off 56 with 11 boundaries and two sixes.

However, the thing started taking another shape when England bounced back.

Opted to bat first in the second T20I, England put up a decent total of 152 after 20 overs on the back of Sarah Taylor and Katherine Brunt’s 30s and Natalie Sciver’s 40 off 32. Though having a chasable total, Australia struggled from the very beginning. Jenny Gunn’s four-fer, Brunt and Sophie Eccleston’s 2 wickets each bowled the Southern Stars out within 112 on board, registering a 40-run win.

With one win each for both the side, the third and final became important to clinch the series.

Batting first, Australia posted a huge total of 178 on board on the back of a stormy century from Beth Mooney who remained unbeaten at 117 off 70 including 19 boundaries and a six.

Many can think the total is enough to defend, right?

However, England had some other plans in mind. They lost Tammy Beaumont, Sarah Taylor and Natalie Sciver in quick successions but in-form Danielle Wyatt was there, holding from another end. She found great support in her captain Heather Knight, who scored a quickfire 51 off 37.

Wyatt scored a blistering century off 57 balls, including 13 boundaries and two sixes and sealed the deal for her side. With this win, England won the T20I series.

Let’s return to the present scenario.

England have been in winning zone for the last 14 games across formats (ODI and T20I) and they will certainly try to maintain their winning momentum.

On the other hand, Australia are out of International Cricket for the last four months although they had a good series against New Zealand earlier in February and March. However, they put up a good show in their warm-up games and expected to continue that form in the series.

Among these two top teams, it wouldn’t be easy to pick one team or one player, but one can certainly expect the sparks on the 22 yards when both the teams take on each other. 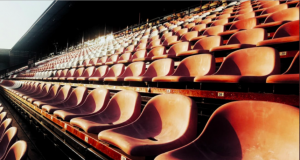 Pranay Rangra - June 12, 2020
0
The great Nelson Mandela said in a democratic South Africa ‘Sport has the power to unite a nation!' Could anyone have doubted the words of...