What comes to your mind when you first think of Marcus Trescothick? Is it that perfect cover drive to Jason Gillespie, sitting on his knees, with full of grace with the blade being on the up? As you see the ball sailing to the boundary and letting the English fans go at the top of their lungs, and Edgbaston suddenly becoming a happier place to be in.

Or is it that late cut against Irfan Pathan in that ODI somewhere during 2004-05. That shot didn’t have grace but boy did you see the reaction on the face of Vikram Solanki from the non-striker’s end?

Before I go on and romanticize over Marcus Trescothick’s superb grace on many occasions that I felt personally addicted to, one thing must be remembered, in a team full of grafters and triers and the occasional burst of amazing talents, he was that glue that English cricket needed for more reasons than one.

England have always found wanting to do away and rather simple find out with the root cause of the very problems of a conservative and fastidious hierarchy in handling the individualism more prevalent in their modern players.

County cricket is one for the cultural simulation and a structure which prompted the segregation of players from different corners of the world. That hardly allowed any other hierarchy to exist and when Trescothick graduated to open for England with Mike Atherton, he was operating in a system where a failure might result in so much more than losing a place in the national side.

And he went on for six years without ever getting the sack. Marcus Trescothick scored 5,825 Test runs at an average of 43.79 in an international career that spanned from 2000 to 2006 which saw the high of 2005 Ashes win. His defiant 431 runs in 2005 summer, none better than his 90 against Australia at Edgbaston which invariably became the first punch on which Kevin Pietersen built his legacy, would remain as English cricket’s one of the hinge points.

However, his England career was cut short due to battle with depression and anxiety, which forced him to leave a tour of India in February 2006 and then a tour of Australia the following winter. That meant he retired from international cricket in 2008 but made himself available for Somerset, a county for which he had scored over 4000 runs in a season as a 15-year-old in 1991.

Sports field can be a cruel one. The word, mental toughness has never been used anywhere else more than a cricket field and Trescothick’s battle with depression remained one of the biggest stories that he had to tell. English cricket, more than any other, has suffered the most because of the same issue but the fear to talk about it resulted in some of the talents frittering away to oblivion.

The likes of Alan Mullaly, Steve Harmison, Monty Panesar, Jonathan Trott, Andrew Flintoff, Steve Davies, Tim Ambrose, Matthew Hoggard, and Michael Yardy – and the list is unending – suffered from depression and most of them silently left away. But Trescothick fought the battle hard and compiled a candid autobiography, “Coming Back to Me” in 2008 and told of his battle with the ‘black wings’ of depression.

His return to cricket, following his international retirement in 2008, became a celebrated story in English cricket for the kind of impact it had on the county cricket overall. 2009 was one of the most successful years for him as he scored nearly 3,000 runs in all competitions and was named skipper of the side following Justin Langer’s decision not to return for 2010. What followed that was a pure spectacle for the sport.

Somerset were the favorites against Durham until the final day of the season and they knew that a victory would be enough to win them their maiden County Championship. But Nottinghamshire, who was giving them a close run for the money, secured a bonus point to snatch the title. Trescothick – the highest run scorer for the county that season – was rattled but pushed on and on to lay his hands on that damned cup.

That he never gave up was a story in itself but Taunton and Somerset would always remember him as someone who gave his all for 27 long years without asking “WHY”. Cricket doesn’t have many like Marcus Trescothick. 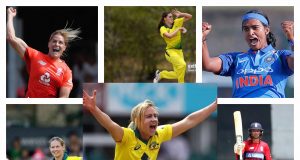 Dev Tyagi - January 31, 2020
0
2020 couldn't have offered a better opportunity to see how three among the top sides in the women's game stand at present other than...