The 2019 World Cup is done, though not yet dusted. The ICC recently announced its World Cup 2019 team, as is the norm. We must, of course, appreciate and acknowledge the best performers of this edition.

But what about the underperformers, though? Like always there have been plenty of players who, despite coming into the tournament with oodles of expectations and promise, failed to live up to the hype.

Here, then, is Caught At Point’s ‘Unimpressive XI’ for the World Cup 2019.

Martin Guptill’s 237 against Sri Lanka was the highest individual score in the 2015 World Cup and the highest World Cup score of all time. In the 2019 edition, the Kiwi opener could only muster 186 runs in 10 games at a horrible average of 20.66 with a solitary fifty. Throughout the World Cup, Guptill appeared to be all at sea against the moving ball; prodding and feeling outside the off stump constantly. He couldn’t even get New Zealand over the line in the last ball of the tied Super Over in the finals. It was clearly a nightmare of a World Cup for Guptill and he would want to forget it in a hurry.

The stylish left-handed opening batsman has been an able partner for Tamim Iqbal at the top for a while now. A lot was expected from him in World Cup 2019 given his propensity for attacking the bowling right from the word go and because of his ODI strike-rate of over a 100. However, Soumya could manage only 166 runs in 8 matches in the edition at a poor average of 20.75 and no fifty-plus score. While he got attractive starts, Soumya could never convert them into big ones, always putting pressure on the middle-order.

As the talented No.3 batsman for Afghanistan (in most of the games), Hashmatullah Shahidi was expected to be sheet anchor for the team in World Cup 2019. In an already brittle and underperforming batting unit, Hashmatullah’s role was of paramount importance. Unfortunately, he only collected 197 runs in 8 innings with 2 fifties and an average of 24.62. To make matters worse, the 24-year-old ate up several deliveries in the middle – his strike-rate was a poor 56.44 – and frequently got stuck. Afghanistan would have wanted a lot more from their No.3.

As a wicket-keeper, Tom Latham did a decent enough job for New Zealand in World Cup 2019 – 21 catches and no stumpings. But it was his batting that the team management would have expected more from. The left-handed Latham has established himself as a solid presence in the middle-order for New Zealand in the past four years and had 4 ODI hundreds and 14 fifties under his belt before the start of the tournament. Unfortunately, Latham could add only one fifty to his tally in this World Cup and ended the tourney with only 155 runs in 10 games at an average of 19.37. Latham’s failure was one of the reasons that New Zealand’s batting constantly struggled in this World Cup.

Perhaps the time has come for the Australian team management to revaluate Glen Maxwell’s role in the team. Do they want attractive cameos from him for eternity or do they want him to stick around longer and make a real impact? Because in the 2019 World Cup, Maxwell did exactly what he is notoriously renowned for – make exciting cameos and then fall just at the wrong time. In the 10 matches he played, Maxwell scored 177 runs at a superb strike-rate of 150. But his average was a mere 22.12. He was expected to be the X-Factor for the Australian middle-order in this World Cup but failed woefully in that role.

It was in the arc many times for him, but unfortunately, David Miller could never get it out of the park like he has several times in the past. The stylish left-handed batsman cut a sorry figure the 2019 World Cup, managing only 136 runs in 6 matches at 34.00. Miller was scratchy, struggled to get going and simply failed to get any timing in his shots. Eventually, Miller was dropped and his future looks pretty uncertain at the moment. It’s a sad state for such a promising and dynamic middle-order batsman who could completely change the game with his big-hitting.

Andre Russell was supposed to set World Cup 2019 on fire. A veteran of 301 T20s, Russell had a terrific season in the Indian Premier League (IPL) this year where, despite a shoulder injury, he pummeled attacks into submission.

In the 2019 World Cup, though, Russell was found badly wanting. The burly West Indian all-rounder could manage only 36 runs in 4 matches at an average of 12. Russell did bang a few sixes and fours but didn’t have the nous to stay at the wicket at crucial moments – his dismissal against Australia in a tight chase is a perfect case in point. Russell broke down frequently on the field too while bowling and could deliver 19 overs only. After 4 games, Russell was ruled out of the tournament because of his injury and one wonders whether he should have rested during the IPL this year to keep himself fit for the 2019 World Cup. Fact is, this is now the third ODI World Cup where Andre Russell has failed and perhaps he should only focus on the shortest format now.

Rashid Khan – the star leg-spinner of Afghanistan. The No.1 T20I bowler of the world. He was the one Afghanistan were banking on to make a statement in this World Cup 2019. However, by the end of their campaign, Rashid had only 6 wickets in 9 games at a shockingly awful average of 69.33 and the misfortune of having the worst figures ever in a World Cup match when he was smashed for 110 runs off 9 overs. The rigors of the One-Day game and bowling against top-quality opposition really hurt Rashid and he couldn’t bowl tight lengths at all. Hopefully, the talented 20-year-old spinner would have learned from this experience and should come out stronger.

The star of Pakistan’s ICC Champions Trophy 2017 campaign, Hasan Ali, was eager to repeat his heroics in World Cup 2019 as well. It wasn’t to be, though. In the 4 games he played in the tournament, Hasan continuously bowled short and wide and went at an economy rate of 7.75 while picking up only 2 wickets. It wasn’t as if the pitches weren’t assisting his type of bowling. But Hasan simply couldn’t use any varieties and bowled one-note despite being thrashed all over. He was discarded after 4 matches and was left licking his wounds. One wonders if he should have been focusing on his bowling more rather than those extravagant celebrations these past few months.

At just 24 years of age, Kagiso Rabada is one of the most feared bowlers of the current era. Going into the 2019 World Cup, Rabada, the No.3 ranked bowler in the world, was to lead South Africa’s bowling unit to glory. But all Rabada could manage was 11 wickets in 9 matches at an average of 36.09. The bowler, who sets such high standards, would himself agree that these are below par numbers. It is hard to point where Rabada went wrong in this World Cup; it certainly wasn’t for lack of trying. His bowling just lacked the bite and while he didn’t go for too many runs, his lengths weren’t consistent enough to threaten the batsmen.

Gulbadin Naib tried hard to be the hero for Afghanistan this World Cup at every potential opportunity but with dreadful results – bowling at the worst possible moment that would cost the team a close game, dropping crucial catches, taking DRS decisions without consulting anyone, batting wherever he desired and, of course, flexing his powerful muscles after taking a wicket. As the captain and lead bowler of the side, Gulabdin fared miserably – taking just 9 wickets in 9 matches at an average of 46.66.

It was one of the worst 2019 World Cup campaigns by a captain in recent memory and that decision to bowl himself against Pakistan towards the end and going for 18 runs eventually would haunt Afghanistan fans for years. 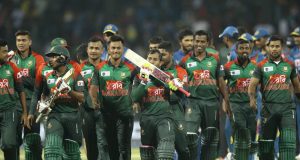 Bangladesh Squad For 2019 World Cup Opens A Query: Can The...

Abhishek Srivastava - April 20, 2019
0
Only a month remains for Cricket’s mega event to begin. The Bangladesh squad for 2019 World Cup has already been announced. And, as always,...