West Indies cricketers are known for their power-hitting, destructiveness and mindfulness of the game. At present, they are heavily dependent on the famous quartet of Stafanie Taylor, Hayley Matthews, Deandra Dottin, and Anisa Mohammed. This is a famous quarter that’s regarded worldwide wherever putting bat to ball brings about incessant smiles.

But it would be foolish to suggest that, that is all about West Indian cricket. The former captain and veteran, Merissa Aguilleira was also a kingpin whose presence in the lineup lifted the team several notches above.

But ever since the last T20 World Cup in 2018, there have been constant changes in the team, series after series. Factors accumulating to these changes are injury concerns and retirement announcements which gives the space to the new as well as out-of-form players for a second try. Twin sisters from Barbados (Kycia Knight and Kyshona Knight) are a close-knit talented duo that will seal a place in the West Indies line-up in the coming years.

It was during the India tour, Windies recalled Kycia Knight, though her debut was way back in 2011. Her Twin sister Kyshona followed her sister’s route to make her debut in 2013, although both the players couldn’t get a breakthrough after a repressed debut.

Both the twin sisters were excluded from the team for a while.

Right before the 2017- World Cup season, both the sisters found their places in the squad of World Cup. Kycia had enough chances to justify her selection but she did little with the bat in the entire tournament. Kyshona showed better intent, but it wasn’t enough for the Windies as they ended 6th in the competition.

Kycia among the twins was a part of the team across all the formats since early 2018. Continuing her pathway to steady improvement, Kyshona held her fort when she impressed with a quickfire 44 down the order, although that came for a losing cause.

The Windies squad surrendered to New Zeland’s mighty all-round attack after a whitewash in both the ODI and T20I. In the 1st ODI, Kyshona inflicted more damage by striking a Six in the 43rd over by accelerating towards the end, along with Taylor but were short by 1-run.

Kycia also made a patient 38 to make her a prime contender for the opening slot along with Hayley Matthews. Kyshona had been allocated the 6th spot, that proved beneficial for her resurgent career from thereon. Her strike rate was over 110 in T20s in the series, which showed her improvement through her sheer grit and determination.

In the following series against South Africa, Kyshona was dropped with the return of all-rounders to the squad while Kycia was retained. Though Kycia was included in the team, she did not get enough chances to bat throughout.

But as the Pakistan and England series unfolded, Kycia’s form fell and she started struggling against spin. Her place in the team was mainly retained as the full-time wicket-keeper as well as for some quick-fire knocks in place of the veteran Merissa who hung her boots in April this year.

Despite having rough patches, let’s have a look at what made them retain their place.

Although their career graph so far is patchy but it proves a certain effectiveness considering much of their recent performances have brought about something memorable.

Kyshona’s effort, as seen the 1st ODI, an inning lacked with maturity and aggressive intent, brought back life to the match. Her quick-paced show brought a close finish and ended in a last-over thriller.

Kycia took over the reins in the later part of 2018 in T20 World Cup, where she struck a boundary to bring the winning runs against Australia, eventually they topped the table in the league stage, this way Windies found another match-winner in the form of this 27-year-old Barbados player.

Their slow and steady rise in the team showed their resilience despite the huffs and puffs they had to face owing to their form. Kycia is luckier in a way that she experimented as an opening player for two series in a row and then pushed lower the order. She fared better than the initial batting position.

Kycia aims to be the best wicket-keeper batswoman in the world in the next five years, while Kyshona, the talented middle-order batter who is destructive and has clean ball-striking ability is aiming to regularly feature in the team.

A long way to go through for these twin sisters to be placed under the brand of Windies powerhouse. Resilience and consistency will be the key factors they got to hold on to reach that place. 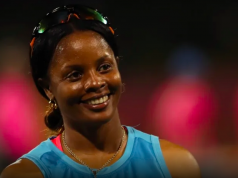 A Dedication To The Smile Of West Indies Women’s Cricket: Merissa Aguilleira 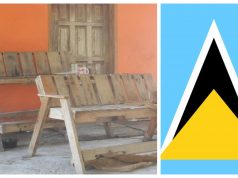 Marlon Samuels- Why You May Want To Offer A Salute To The Self-Proclaimed Icon? 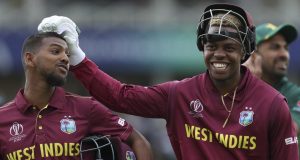 How Was 2019 For West Indies Cricket? What Were The Defining...

Kasi Viswanathan - December 26, 2019
0
Several bright spots that sparked the talk about the possible and hopefully, "soon-to-be-witnessed" resurgence of West Indies Cricket in 2019 seemed the main draw...