The last time something really commendable happened to Pakistani cricket was when Abdul Razaq found his credentials suitable to ask buxom Indian babe Tamanna out for a date.

Incidentally, the last time something terrible happened to India was when the actress agreed to it.

Way gruesome than seeing India crash out of the semis in the 2019 World Cup or Ravi Shastri’s beer belly.

But what happened earlier today shook the entire cradle of Pakistan Cricket.

Many members of the Pakistan team took to the phone frustratingly, trying to reach Inzi to know whether what they were seeing was indeed true?

But his phone was off. Domestic help noted the plate of mashed potatoes kept for breakfast was left untouched.

Meanwhile, back at the PCB headquarters, all was not well.

The TV played live proceedings of a mega press conference being held at Playboy headquarters, in the princely Beverly Hills, California.

It was announced earlier today that Scott Flanders would step down in his role as CEO, Playboy Enterprises. And that Imam ul Haq- scorer of a solid World Cup hundred at Lord’s, and wearer of the lamest, shabbiest specs on a cricket field- had taken over.

Hugh Hefner’s diamond-studded portrait hanging on the wall cried instantly in jubilation, “Son, you’ve played your greatest inning off the 22 yards,” as the women in attendance dropped the wine on their blouse in awe.

Instantly, Imam, seated amid an august gathering on the staged rushed off to the front row, playing a defensive shot that contacted a cougar’s bosom.

Dated 7 to 8 chicks at the same time without one knowing the identity of the other.

Never considered Snapchat even once

In all, managed to blow a glowing cricket career that had only just begun.

And that was that.

This was big for Pakistan. Really big.

Bigger than the day when Kamran Akmal created his first Facebook profile under the guise of Buggs Bunny and immediately received a bonus cheque of royalty fee from Looney Tunes.

But excitingly enough, the conclusion of the mega-conference saw a bunch of ebony’s handing over the legendary Hugh Hefner’s silky, velvety, very emperor-like red bathing robe.

Meanwhile, someone played Jim Morrison’s Light My Fire out loud in the background.

At once, the former Pakistan batsman jumped backstage. And emerged back in front wearing the robe. The sexy stubble and the low-key glasses bigger than Imam’s own frame lifted the atmospherics in all of Beverly Hill.

Then came the media questions.

“Imam, what’s the first thing you are going to do as the head of Playboy enterprises?”

Well, first of all, let me thank the mighty Allah for his great benevolence. Firstly, I’ll appoint a group of hand-picked chicks from within the group and shall direct them at once to bite my wire..oops sorry, I meant, make a powerpoint on how to take the esteemed Playboy group much higher.

The questions continued like an avalanche. Meanwhile, watching the live broadcast played in every cricketing nation, was Universe Boss and notoriously single, Chris Gayle, from his Kingston Jamaica mansion.

Gayle- finding his stature as the game’s biggest ‘scorer’ bettered by Imam ul Haq- ordered one of his barmaids to phone his manager to instruct him to order a new pair of merchandise.

Universe-Loss is what it would say from now on.

Back to the booming Beverly Hills where Imam, now lip-locking those in attendance, embracing one and all, in Playboy’s true corporate vision of – Diversity+ Inclusion- found the stream of questions relentless.

But he would sign out answering one last one before he’d prepare himself for a brand new beginning.

“Imam, what according to you is the perfect definition of a playboy?”

This one was from Stormy Daniels.

So something special had to be muttered.

“Well, someone who doesn’t play with boys and has grown up!”

Inevitably, Imam ul Haq- a svelte youngblood, handsomer than Syed Saba Karim, Darren Sammy, Harbhajan Singh on a bad hair day and his own countryman Saeed Malik had Trumped them all. 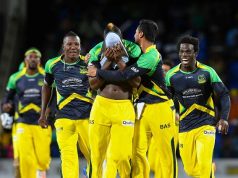 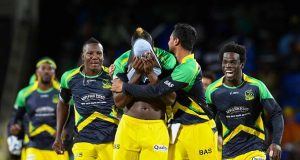 Dev Tyagi - September 25, 2018
1
Cricket has produced great sportsmen; role-models who inspire the world. However, having said that, cricket has also produced some horrible uniforms. They've nearly made...