After the completion of the Ashes, the last edition of Kia Super League begins from August 6 before the Hundred-ball rule replaces it in next summer.

Women’s Cricket Super League (WCSL) as known as Kia Super League (KSL) started in 2016 and always tried to be the bridge between the domestic and the international circuit. After a poor show in the Ashes, England Cricket are currently under the scanner and this tournament will play a big role to regain confidence.

The tournament which will continue to play for nearly one month will be played in a round-robin format where each of the six teams will face others twice in both home and away. The games will take place in fifteen different grounds which included the grounds like Trent Bridge, The Oval, Old Trafford and Headingley etc.

Not only England players but the players across the globe take part in the Kia Super League. The team which will finish first on the points table will seal their berth in the final whereas the second and third teams will play the semi-final to reach the final.

Now, what makes them different from each other?

Certainly, the quality of the players.

Although the teams have nearly similar quality of players, KSL 2019 will be important for them. Even, India players are not far behind.

While India T20I captain and vice-captain Harmanpreet Kaur and Smriti Mandhana respectively have been featured in the tournament last year, youngsters Jemimah Rodrigues and Deepti Sharma are all set to showcase their talent this year.

Defending champion Surrey Stars are one of the strongest teams in the Women’s Cricket Super League. Although they didn’t have a great season in 2016, they did well in the next two years. While in 2017 they lost to Western Storm, they won the title in 2018 by defeating Loughborough Lightning.

The team reached the final last year after finishing at the top of the points table with 33 points where they lost to Surrey Stars by 66 runs.

However, they have a couple of important players like Amy Jones, Hayley Matthews, Kirstie Gordon, Jenny Gunn, Kathryn Bryce, Mignon du Preez, Chamari Atapattu. With their presence, it is expected that Loughborough Lightning will repeat their performance in the Kia Super League 2019 season as well.

They have made two new additions in the squad which will certainly prove beneficial for them. They are none other than Alyssa Healy and Jemimah Rodrigues.

Both are able to provide flying start to the team. Alongside them, Leigh Kasperek will replace Chloe Tryon. With these new signings will surely boost up their decreasing performance graph.

One of the best teams in the whole tournament of Kia Super League is Southern Vipers. The winner of the 2016 season failed to make it to the cut in the last season. The team has a couple of experienced players like Tammy Beaumont (C), Danielle Wyatt, Tash Farrant, Suzie Bates, Stafanie Taylor, Amanda Wellington etc.

It will be interesting to see how the team performs under the new captain, Tammy Beaumont, who replaced Suzie Bates in this season.

The winner of 2017 season, Western Storm has a couple of players who can be a game-changer on their own. They are India opener Smriti Mandhana, England captain Heather Knight, Anya Shrubsole, Fran Wilson etc.

Mandhana was the highest run-scorer in the last season with a whopping 421 runs from 9 innings with a strike rate of 174.69 and an average of 60.14. No other players have reached near to her in the whole tournament.

On the other hand, another India player, Deepti Sharma has been included in the squad. With the quality players like these, Western Storm has a great chance to win the title in the final edition of the Kia Super League.

Although they had placed at the bottom of the points table in the first two seasons, Lancashire Thunder have nearly missed a semi-final berth in the last year. They are expected to do well in the Women’s Cricket Super League 2019 season. 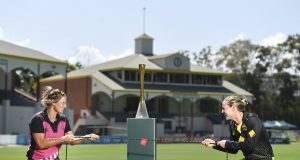 Shruti Banerjee - September 25, 2020
0
While the entire focus is on the 2020 edition of the Indian Premier League, women’s cricket has also returned recently after more than half a...