Shakib Al Hasan was arguably the Superstar about whom Bangladesh could boast about, but his exit shook the core setup of the Bangladesh Cricket team. He is the best all-rounder across all formats; a highly valued player across all circuits be it the ICC Tournaments, or other leagues such as IPL, BBL, et cetera.

Shakib’s career, spanning over 18-years, saw the inevitable rise of the sport in his country. Shakib’s presence has been a key to many outstanding victories like the maiden Test win against the Aussies in August. One witnessed Shakib take over the fortunes both with the bat and ball.

Shakib has been a game-changer, a leader, a popular icon for the sport in a cricket-frenzy nation. But it all zeroed onto a point on 26th October that ICC issued a press note to ban the cricketing superstar from all forms of cricket for a period of one year. Similar was the fate with Smith and Warner, who at the peak of their respective careers had to meet a similar fate owing to the charges in the ball-tampering scandal.

This news of Shakib’s exit crumbled the mantle that the Tigers possessed, which dented the entire setup. He is a player who holds the team together. His name commands respect from his peers and drives anxiety in the opposite camp.

That gulf of the team will likely follow an immature game plan or a distinctly unusual one during the absence of its star player.

The team, you can’t help but feel, will have to approach a contest more from a mental state of things, increasingly so now that Shakib has gone missing.

His is a 2-year void that the team will take time to fill. It’s about filling its regular top-order batsman’s role plus the third bowler’s shoes. Neither of these seems an easy task- given the experience and the consistency that this player has exhibited. It’s a difficult phase ahead for the new coach Russell Domingo to attend and groom the future talent.

The tussle between the BCB and Shakib Al Hasan has been an unceasing event, the latest one including the Player’s strike in October that went up to a point when the Board obliging to the player’s demands. It brought a hostile atmosphere between its top boss and Shakib in particular.

Eventually, that was over-ridden by ICC’s ban on its top-player. It was not the first time Shakib faced the wrath of bans.

It was back in 2014 that he faced a ban for 6 months for his alleged involvement in a brawl with a spectator. Often seeming controversy’s favorite child, Shakib’s allure stems from his ability to bounce back from these lows.

Shakib in his comeback proved his worth after his unique achievement when he scored a 100 and picked 10 wickets in a single Test.

It is just not a loss of an iconic player but signals the disappearance of what one commonly identifies as the true cricketing spirit with which one is expected to play and perform.

And truth be told, in these times where all fingers are pointing to an experienced campaigner whose name fills crowds, one wonders, whether Shakib Al Hasan thought whether his head is too big for the crown it’s come to wear over these years.

No player is above the game and has to abide by the rules and regulations in both paper and spirit.

It’s a thumb rule to which all swear allegiance.

One instance of negligence in not reporting such an attempt will contemplate too many deteriorating effects on both the player’s career and his impact on the team. This was an ultimate disregard for the game and his failure to report three suspect approaches has to lead to a situation from which Shakib al Hasan would himself love to bounce back from albeit post a 2-year wait.

Players will have to take lessons from such instances, to abide by the regulations to keep corrupt practices at bay. Mere surveillance won’t keep a check to such practices, but the ACU needs inputs from the players who act as the entry points to such offers and stand in the frontline to get exposed.

So, the protocol has to be followed where a player has to report to the board immediately regarding such an approach. One can’t help but also state that in such delicate situations there’s a critical need for a proper channel of communication between the board and the player that can also help rectify the malaise at the earliest.

If Cricket has to be saved from the disgrace called fixing, do it wholly and do it now.

The game’s honor, belief and the integrity with which it’s supposed to be played will always stand on a higher plane than the performances itself. BCB should be cautious enough like the one it did when Mohammad Ashraful was banned for his involvement in fixing in BPL in 2014.

Not reporting such an approach willfully may cause much more damage to the game, than being involved in fixing. Moreover, it leaves a poor example for the youngsters watching and those in pursuit of professional international careers.

Players have to be trained on ethics- the moral compass that governs the talent and the sport in which it is demonstrated.

Above all, it resides in the players and administrators to choose the path that celebrates and respects this game called Cricket.

Hope Shakib, a legend in his country will take this issue sportingly and will come back in a truly heroic fashion. 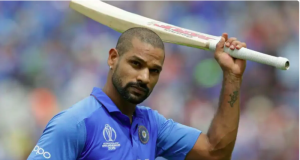 Has The Time Come To Look Beyond Shikhar Dhawan?