The West Indians are expected to turn into entertainers; it’s as if the bat should produce punchy, hummable melodies, working in an electric guitar mode, producing its own funk.

But some possessed neither the power nor the style of their famous predecessor’s attributes. Yet, they stood apart.

You think of Chanderpaul as one.

Now, it seems, Shamarh Brooks belongs in this unanticipated, grey zone too.

He’s far from giving bowlers the scare. When Shamarh Brooks bats, the traffic in Trinidad or the music in Kingston’s night-bars doesn’t come to a halt.

You don’t particularly look at the run-rate when Shamarh Brooks is at the crease.

Yet, you are sure of something that Gayle regularly and Andre Russell on most days may not offer: the ability to spend long hours focusing, the ability to bat to stick along.

In an age fuelled by T20 shenanigans, where patience isn’t as regarded as flamboyant celebration styles, where strike rates are given more consideration in assessing batsmen than values like dependability, Shamarh Brooks offers a classic throwback to the art of batting.

He offers hope for stability in a cricketing culture that often stumbles upon unstable and unpredictable times, given the player strikes of the past, the sudden U-turn most international players of repute made from national duties toward franchise leagues, and the fading away of one bright player too many from the selector’s mind to inconsistent outings.

Brooks, who is 3 Test and 174 runs old in international cricket has had far too brief a stay, thus far, for him to be lavished in high praise.

But the little we’ve seen of the 31-year-old Barbadian points to an ability to fight difficult circumstances instead of throwing it all away.

When Shamarh Brooks entered the Afghanistan Test, at the back of his 2 Tests experience, he may not have even piqued the curiosity of the same fan today that sees promise in him and hasn’t quite stopped praising him in the aftermath of his 111.

That he tallied only 63 against India from 4 outings shouldn’t, one wonders according to the often critical fan, have amounted to an automatic selection for the Lucknow Test.

But what one mustn’t weigh lightly was that of his painfully collected 63, 50 came in a single effort when he tested the patience and the skill of the world’s best cricket team and an attack that was powered by arguably the best deliverer of yorkers.

Of the 59 overs that his West Indies lasted, Brooks alone accounted for 20 of them.

He didn’t throw his wicket away.

Alas, a lazily sought single resulting in a direct hit from Kohli was all it took for a gritty effort to end.

At the outset, a 50 doesn’t seem that big an achievement in a Test inning.

But a 50 off 119 against Shami, Ishant, and Bumrah bowling as good as he’s ever, amounts to something.

Thankfully, Shamarh Brooks also denied writers and commentators who often forge their reputation by eroding others at the back of quick failures by building more from his India experience.

Against Afghanistan, effectively, against one of the best spin-attacks on a turning, tricky surface, Brooks holed himself in a dug-out made of concentration and patience.

The end result was a collective win for the team as well as the fan.

111 hard-fought runs meant that a man still young, at 31, was taking first vital steps into forging what could be a long, and hopefully, meaningful turnout for West Indies.

It also meant that a man who bore the frustration and endured the heartbreak of taking 10 long years to break into the national arena was collecting fruits of labor.

For a bloke regarded by Sir Everton Weekes as ‘promising,’ Brooks’ inconsistency and inability to convert that young promise into application masked all the progress he was expected to have made already.

Yet, at a time where the team is searching for anchors to chart a new future, where bright ingredients still need polish to become finished products- Shai Hope, despite possessing all the class in the world still searching for Test greatness, Kraigg Brathwaite seeming fragile every time he sets out, despite having scored against nearly every Test team, and Roston Chase adding strength, Brooks’s presence signals a great positive.

Just the way his 111 signalled great intent to bat well for his team.

Yet, he must be aware that this is just the beginning; and that the real test lies against bigger, better teams. 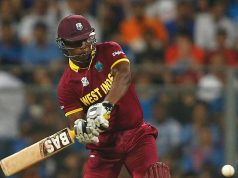 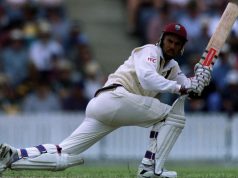 Abhishek Srivastava - January 20, 2020
0
Exciting but raw, powerful and ambitious talents- who are some of the best Under-19 players from New Zealand? One of those sides that entertain as...

With The Ordinary ODI Outing Behind Him, Paul Stirling Is Back... 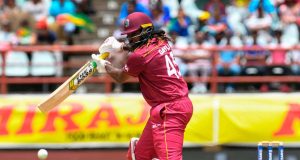 Why We All Owe Something To The Universe Boss Chris Gayle

Kasi Viswanathan - August 12, 2019
0
When people heard about “Chris Gayle” the first thing that comes to every body’s mind is “Six”. A huge hit. Someone somewhere hears a...