Such were the headlines just after the team was able to make their first international appearance. In having forged a memorable, thrilling thus far, the key to the rise of Afghanistan Cricket, we often forgot all the travails passionate Afghan cricketers endured.

Where memories of no clean water, clothes, and shoes still used to flood back – the International experience for the players was a lot more than just a cricket game.

True to the adage- the darkest hour comes before the light- rests the rise of Afghanistan Cricket; the journey of a cricket force that has often spun the well-set, the established, and the fear-wrecking in the middle rising from a culture that had war-torn history, even depravity, and no solid path ahead to rise.

Therefore, in order to truly appreciate the rise of Afghanistan cricket, one has to lend a pithy observation to the challenges of this nation tied inextricably to conflict, emerging out of the ashes of the war, suppressed by the Taliban insurgency.

Yet, that despite having taken what are only nascent steps in forging a path of prosperity, the rise of Afghanistan Cricket reminds one of a glorious phoenix of hope. It is no secret that before the incarnation of cricket in the war-torn land, much of the world’s attention was consumed by its history of depravity, cricket, not so much.

But implicit in the Afghan character- jovial, hardworking, relentless, and passionate- characteristics that define their cricket was a love for recreation and film, music, and humor- things that have helped the cricketing core cultivate its culture.

Cricket was portrayed as the vehicle through which men often dwelling in refugee camps, makeshift, often pitiable accommodations, against all the odds, found hope, perhaps salvation but importantly, a reason to feel proud of their togetherness.

The rise of Afghanistan Cricket, therefore, should always pay testimony to the pride the Afghan have in their nation, in themselves.

This popular metaphor offers a romantic view that cricket is the way to bring peace to Afghanistan. Globally, the success and rise of Afghan cricket have captured public imagination because of Afghanistan’s perceived inferiority globally – in cricketing and socioeconomic terms – to the West.

Beating “them”, the former imperial and colonial nations, at their own game, mirrors broader power struggles that ordinary Afghans across the diaspora negotiate and challenge on a daily basis.
Cricket has not only brought citizens together but has also changed the perspective of populous. In 14 years, since its inception as a national cricket body, the team has been able to leave a mark and earn Test status after successfully negotiating opposition as varied as Argentina and Jersey en route to a Test bow against the might of India, before a maiden five-day victory over Ireland.
Moreover, the team making its way through to the ICC World Cup 2019 made them looks altogether a different side. The glimpse of what the team is capable of producing was reflected in 2018 Asia Cup which was held in Dubai and Abu Dhabi – making cricket fanatics believe in their performance even more.

However, the premier tournament turned out to be a disaster for Afghanistan. The team lost all their league games, eventually finishing tenth on the points table. To add more to their concern, the team didn’t manage to grab a single win in the recently concluded ODI series against West Indies.

Rashid Khan, who was handed over the captaincy baton after poor World Cup performance failed to turn the fortune for his side on the Indian soil. The likes of Mohammad Nabi and Asghar Afghan – who carry immense experience at the supreme level didn’t look promising too.

Getting whitewashed in the limited-over series and losing the first of three-match T20 series did pose some tough questions to the skipper. The early disparity in the team made their morale dip lower than what one could imagine.

In these circumstances, it becomes important for the senior and experienced campaigners to step forward and win games for the country. Playing good cricket over a period of time will help the team to stamp their authority on the biggest of stages.

Having lost 14 ODI games on the trot – the team certainly lacks in more than one area. And the biggest of them all is self-belief.
Cricket binds the country and has become a daily dose for most. In these circumstances, the 22-yard expectation is actually 6,52,237 km square.

The two T20 wins in the last two games against the Caribbean have certainly given some hope to the entire nation. However, that 50-over touch is yet to be tested by the Afghanis.

So, what brought their downfall in the limited-over format?

All of that said, let’s try and examine 3 critical steps that the team seem in an urgent need to take in order to evolve as a unit.

In a recent interview, Rashid said, “Every match is a lesson and we’ve to learn from it. We’ll take the positives from here, looking to improve from here.” Rashid’s captaincy tenure has been commendable. As a captain in all three formats in an international fixture, he led Afghanistan to a historic win against Bangladesh, which was their first victory in Test cricket.

He also led them to T20I wins against Zimbabwe and Bangladesh in a tri-series.

Not to forget, Afghanistan lost each of its nine-league stage matches under the leadership of Gulbadin Naib. So, Rashid Khan’s captaincy offers a blessing in disguise. Moreover, Rashid is a serious threat to the opponents because he has a bag full of tricks up his sleeve and can easily bamboozle the batsmen.

Need for the seniors to step in

In the past half a decade, we have witnessed a rise of Afghanistan Cricket, a phenomenon that recounts tales of passion and exhibition of skill. This was evident in the limited-over rivalry with the West Indies, as reflected during the ODIs and T20s recently.

The West Indies outsmarted Afghanistan in each of the three fifty-over matches and won the first T20I as well. Yet, it must be said the thumping comeback, amplified by the spinners’ putting the brakes on the Caribbean scoring, a fact that only increased the pressure for the batsmen, did the trick on the Windies.

Keeping that lesson in mind, Afghanistan can do well by attacking early on a series with likes of Rahmat Shah, Asghar Afghan, and Javed Ahmadi in the ranks, in spite of having to rest on a comeback trail. The key to this being Afghanistan having immense talent.

Being an experienced player himself, Rashid Khan, along with other senior players like Mohammad Nabi, Hamid Hassan, should step in to formulate the game plan, perhaps as a benchmark for the youngsters to follow in their forthcoming contests.

Since spinners are the biggest strength of Afghanistan, often touted as the ‘dark horse,’ the team should bring out the finest they’ve got. On the other hand, Mohammad Nabi, proven matchwinner with the ball will have to forge partnerships with the youth to inspire while Ashgar Afghan, will have to be a lot more sound in his carrying of the team together, putting all that wealth of experience into play.

During the ODI series, Afghanistan skipper mentioned, “We are not big in size but we hit big sixes. We have the Afghani power and this boundary will also be small for us. But we will have to play smart cricket and not focus much on big shots.” The team intends to focus on their own performance rather than gauging as to how the opponent will play.

In the rise of Afghanistan Cricket, perhaps a point that stands out is their dearth of playing experience against big teams.

That aspect will not only provide a litmus test to truly test the natural talent each of its playing eleven brings to the fore but will also keep the unit in entirety Afghanistan team does not get much exposure to compete with big teams and get a chance to enhance their performance. As the longer format beckoned, the testing time for Afghanistan already started! 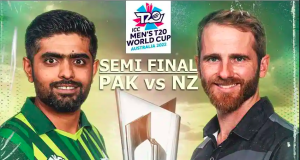