10 Years and 13 Days that would be the wait which Fawad Alam would have gone through to play his next match after that Dunedin test of November 2009, if he plays against Sri Lanka at Rawalpindi. The last time he played for Pakistan Mohammad Yousuf, Younis Khan and Misbah ul Haq were still playing and Mohammad Amir and Mohammad Asif had forged a formidable pair destroying the batting line ups across the world.

On the other hand, Sachin Tendulkar, Jaques Kallis, Ricky Ponting, and Daniel Vettori were still active and Fawad himself was a 24-year-old boy.

10 years down the line, World Cricket has changed the T-20 Leagues which were still in nascent stages have grown up like mushroom all over the world and Test Cricket is marking a return to Pakistan after almost 11 years. Fawad now 34, is the most successful batsman in Pakistan’s Domestic History which is 67 years old but the big question is has Pakistan wasted 10 precious years of what could have been a great career?

Fawad Alam was born to Tariq Alam, the former First-Class player, Fawad made his debut at the age of 18 in 2003. He showed a glimpse of what Pakistan could get in the future, however, even in the early days, it was quite curious why he was not selected when players who were performing lesser than him were being picked. In 2007, he played his First One day International; however he couldn’t get the much-awaited Test Debut.

Even after performing for continuous seasons, he was not picked for Pakistan, it was during this time that Pakistan didn’t play a single Test for 14 months, so when they played against Sri Lanka at home it looked that Fawad would get a chance but it wasn’t after this there was huge criticism of PCB and experts were of the opinion that a great talent was being wasted.

By June 2009, Fawad had scored 3632 runs in 48 matches with an astonishing average of 56.75; ultimately he was picked for the tour of Sri Lanka and played his first test in July 2009. Fawad who plays is a middle-order player opened in his first test only because there was no space in the middle order.

In a test where Pakistan were shot down for 90 in the First innings and trailing by 150 when they started their second innings, Fawad made a brilliant century under immense pressure. His magnificent 168 off 259 balls which stretched for 384 minutes was a glimpse of his resolute character. He added 200 runs on the second wicket with Younis Khan and both of them took the score to 285-1 before Pakistan lost 9-35 in a maniac collapse. However, Alam’s inning was noted and in spite of ending on losing side, he shared the man of the match. It looked like a great career was on cards. But Alam was discarded only after 4 months of his debut and just like a number of Amirs’, Asif’s’ have been mismanaged Alam name was added in that long list.

In May 2017 when Younis Khan and Misbah-Ul-Haq retired it looked that Alam would return was overlooked. A year later he was overlooked again for the tour of England even after scoring 570 runs, the reason his average of 41 was deemed to be a failure.

Fawad Alam was left disappointed. But he padded up and returned to the training session for another go.

The world was left stunned by his willpower and perseverance.

After a successful season in 2018-19 where he scored 51.50, he took the Quaid-e- Azam trophy by storm this year making 781 runs at an astonishing average of 71 with four massive hundred. It made the selectors hard to ignore him any further especially when all of the choices they had made had failed.

Any other cricketer would have retired after such treatment but such has been will power of Alam that he continued to make runs.

Compounded with his willpower and perseverance, his ability to be calm and patient were and have indeed been, remarkable. The inclusion of Fawad Alam is a triumph of human perseverance, the least that can be said. 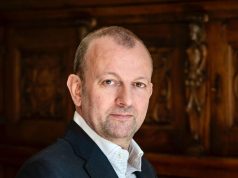 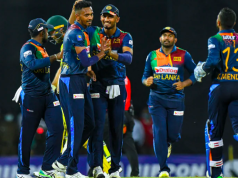 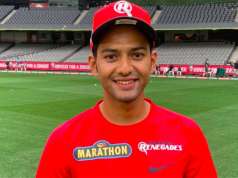 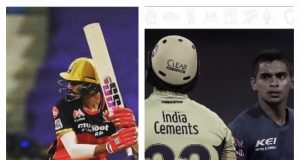 Arjun Bhalla - October 24, 2020
2
The world's foremost franchise-based T20 League in men's game is midway through and we have witnessed 45 IPL games so far. The condition here...