South Africa begin their quest of regaining the Basil D’Oliveira Trophy on December 26, with the first of four Tests against England at Centurion’s SuperSport Park. They will look to end what has been a forgettable year on a high, and they could not have asked for a better venue to kick off the series for they have won 19 out of the 21 Tests played at Centurion so far.

However, the Proteas enter the series on the back of five successive Test defeats. Two months earlier, they endured a 3-0 walloping in India. While the Indian tour was expected to be a tough challenge for South Africa, the fact that the margins of defeat – 203 runs, innings and 137 runs, and innings and 202 runs respectively – got worse as the series went on underlined their woes in every department. Moreover, in February, they lost a home series to Sri Lanka for the first time.

The recent appointments of Graeme Smith as director of cricket, Mark Boucher as head coach, and Jacques Kallis as batting coach have instilled optimism in the South African supporters, who will be hoping that these former greats bring all their rich experience to the table in reviving the team’s fortunes. With such renowned names now in the ranks, one would like to believe that the only way South African cricket can go from here is up.

But at the end of the day, what will matter is the on-field performance. If the 17-man squad named for the first two Tests is any indication, the selectors have kept an eye on the near future, and rightly so. As many as six uncapped players, rewarded for their returns on the domestic circuit, form part of the squad.

Let’s focus on those six players, who are in line to make their Test debuts for the Proteas anytime soon.

The 29-year-old Hendricks has been playing domestic cricket since 2009-10, and first played for South Africa in a T20I back in 2013-14. Being a left-arm fast bowler, he can provide variety to the South African pace attack. He was the third-highest wicket-taker in the 2018-19 first-class season with 32 scalps at 23.78 and was instrumental in the Lions’ title-winning campaign. With a decade’s experience in the first-class scene, he seems well-poised to graduate to the Test level.

Paterson was the second-highest wicket-taker (and the highest among fast bowlers) in the 2018-19 first-class tournament, finishing with 34 wickets at 25.35 In this year’s edition, he has so far taken 18 wickets at 21.55. The 30-year-old Cobras paceman has played four ODIs and eight T20Is for the Proteas since 2016-17, but given his ten-year first-class record, it is in the longest format that he can be expected to do his best. Indeed, a Test debut would be a deserving reward.

A pace-bowling all-rounder, Pretorius has it in him to offer a lot to the Test side. He made his ODI debut against Ireland in 2016, and was part of the Test squad to Australia later that year. The 30-year-old has been a consistent performer for the Lions, as a first-class batting average of 39.05 and a bowling average of 23.87 indicates. He has given a good account of himself in his 22-match ODI career thus far, and will look to continue in the same vein should he gain a Test cap.

Another 30-year-old in this list who has had a vast first-class experience, Malan is a solid opening batsman who is currently the Cobras captain. The 2018-19 four-day season saw him accumulate 821 runs at 51.31, which was the third-highest tally and the highest for his team. He boasts of a first-class average of 45.16 and has scored 32 tons so far. Brittle batting has often been the bane for the Proteas of late, and handing Malan an opportunity at the top will surely not be a bad idea.

The talented van der Dussen has marked his entry into international cricket with success, with an average of 73.77 in 18 ODIs so far. There is no reason why the 30-year-old Lions batsman cannot bring his ODI form into Tests, for he averaged 55.11 in the 2018-19 first-class season and has currently scored 307 runs at 76.75 this year. Considering the assurance he can provide in the top order, it is only a matter of time before he makes his Test bow for the Proteas.

Second was initially part of the squad that played in India in October but had to pull out due to injury. The 30-year-old wicketkeeper-batsman plays for the Knights on the domestic circuit and is a robust back-up option to first-choice gloveman Quinton de Kock. He logged 421 runs at 42 in last year’s four-day competition, a display that was reflective of his impressive first-class average of 44.75. He usually bats at number four and has made 379 first-class dismissals.

Can these new faces light up South Africa in the format where they most struggled this year and spring hope heading into the new year? 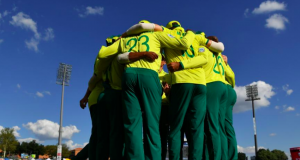 Pranay Rangra - November 25, 2020
0
A month back it was confirmed by both the South African and the English board that Her Majesty's men would travel south to lock...