India announced the squad for the upcoming ICC T20 World Cup, which will take place in Australia next month. Uncapped Bengal batter Richa Ghosh has earned her maiden call-up in the 15-member squad.

Richa Ghosh is one of the key players of the Bengal team. She was the star batter in Bengal’s U-19 team last season. Moreover, she recently impressed everyone with her fearless approach while playing for Smriti Mandhana-led India ‘B’ team in the recently-concluded T20 Challengers Trophy. Ghosh top-scored with 25 in a low-scorer game against India C. After that, she smashed a 25-ball 36 while chasing 149 against the same opposition later.

Richa Ghosh is the surprising pick of the squad which is a mixture of youth and experience. Apart from her, Rajeshwari Gayakwad is another name who has been picked up after missing the series against West Indies. Gayakwad was the highest wicket-taker in the Challengers, her eight wickets came at ER 5.15.

However, Anuja Patil and Mansi Joshi have not been selected despite being Patil considered as a T20 specialist. On the other hand, it was no surprise that Shafali Verma, the flamboyant opener has been selected in the squad. She was the highest run-getter in the just-concluded T20 Challenger Trophy after having a stunning domestic, as well as, international season.

Along with them, batter Harleen Deol who was out of action for three months with a toe injury has retained her place. Taniya Bhatia will do the job behind the stumps as neither of Nuzhat Parween nor Sushma Verma has been picked up.

India are in the Group A alongside hosts Australia, New Zealand, Sri Lanka and Bangladesh. England, South Africa, the West Indies, Pakistan and Thailand are in Group B.

India were the semifinalists in the 2018 edition of the T20 World Cup. They will begin their campaign against defending champions Australia in Sydney on Feb 21. They will play two official warmup games against Pakistan and West Indies on Feb 16 and 18 respectively.

Along with the T20 World Cup squad, the selectors have also picked up the squad for a tri-series in Australia. The series will take place ahead of the mega event. It will begin on January 31 which also includes Australia and England. 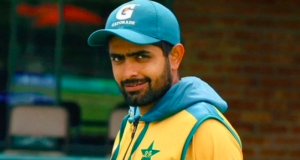