The world of sports invariably etches out characters that seem invincible on any given day on any patch of the world. The richness of performance elevates teams wherein individuals seem to possess the much clichéd Midas Touch. But, sports can be cruelly fickle through all its glorious uncertainties. Such bipolar elements of sports necessitate mental toughness of the highest degree in order to remain physically and mentally unscathed.
Marnus Labuschagne seems to be the ideal Victorian happy youth possessing a nerdish demeanor with an effervescent smile.

But, with the bat in his hand and the baggy green cap on the blonde hair, the obdurate elements of an Aussie cricketer, much akin to the Steve Waugh mold comes through.

In the last half of the preceding decade, the aura of the prickly Virat Kohli and the unconventional genius of Steve Smith laid down templates of batting. On slightly lower ebb, Babar Azam with his watertight technique and Rohit Sharma with his dazzling white ball play always amused the viewers.

Along with these titanic figures of the age, Kane Williamson and Joe Root have carved a niche in an epoch where Cricket seems to be fighting internal demons amidst ever so growing noise of the apparently degrading standard of teams once considered rightful powerhouses.

For Australia, the last two years have been inauspicious with the unprecedented hiatus that David Warner and Steve Smith were made to go through. Though, David Warner seemed to struggle against Stuart Broad and company in their own backyard. But, Steve Smith has mostly shut detractors much like a herculean figure with his bat making the right noise, for the sake of Australian cricket. Both Smith and Warner have forged the ideal partnership to swathe opponents in a well-known aggressive and ruthless way.

But in Labuschagne, the team now has a potent trio of accomplished Test batters, the latest entrant having successfully transitioned into a mainstay having surprisingly begun as a concussion substitute. While surely, Marnus Labuschagne has made tons of runs amid home comfort and the real test would arrive when he’ll be on sub-continental and Protean pitches. But having fired runs consistently offers a glimpse at a hungry batsman keen to flex muscle among the likes of Smith, Khwaja, Warner- the key figureheads of Australian cricket.

Thus far, Marnus Labuschagne has been magnificent with plaudits coming his way from all corners, he is all set to be the Australian star batsman whom the Barmy Army hates whilst being awestruck.

He now has the highest tally of runs by an Australian in an Australian Test summer of five test matches, a feat which has made him the new poster boy of Australian Cricket. With spectacular performances against Pakistan and in the ongoing New Zealand series, Labuschagne must have his sights set on India’s tour to Australia later this year, with the wounds of a home series loss against them in 2019 still fresh.

His maiden double hundred against New Zealand has been the first of the decade, and he has already become a vital cog in the Australian wheel.

So, with Warner going great guns along with Steve Smith doing what he does best, Australia have unearthed another typical run-scoring machine in the form of Marnus Labuschagne.

That at 25, his batting average is already northward of 63 is about as exhilarating as the feat seems inspiring. It’s a figure most batsmen dream to match.

Hence the onus is now completely on Marnus Labuschagne to continue with his rich vein of form against different oppositions, proving that the Law of averages is a fictional term. 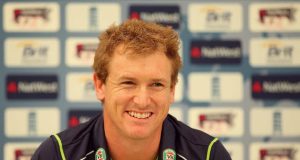