Wankhede is bustling. The crowd isn’t just nervy; it’s chewed off the last bit of its nail.

It’s the penultimate stage of the World T20.

18 are needed off 8. Then within a Nano-second, the equation changes.

Now, it’s 12 off 7 thanks to Russell sending Jadeja ten rows back over long off.

Surprisingly, it’s not West Indies but India on the edge. The Men in Maroon are dealing in only fours and sixes, conducting themselves as seasoned purveyors of big blows.

Then with 3 needed off 3, Dre-Russ gets a dolly from Kohli. He’s happy to do the needful. The ball disappears over mid-wicket, into the crowd.

Ian Bishop cries out loud: Game Over- two simple words that define much of the humid Mumbai evening for Dhoni’s team.

Within seconds, a muscular army hijacks the ground overjoyed by what’s been accomplished. Bravo rushes to the middle. Gayle storms in, as do Sammy and Nurse. Simmons and Russell, heroes of the massive run-chase cannot be sighted, in roaring celebrations.

But one man is nowhere to be found. He’s not a part of quintessential Calypso celebrations. In the context of the outcome, it’s like the man-of-the-match absent from the presentation ceremony.

Yet, he’s someone without whose effort Sammy’s team may have never conquered India.

But much before the Windies hopped home, winning with 2 balls to spare, originally requiring 193, they had their heart in their mouth.

Nothing was going in their favor.

On the first ball of the second over (of run-chase), Gayle had departed. The team had only made 6.

Before the completion of the third over, Samuels was on his way back.

The team had merely made 19.

Nehra and Bumrah were all over West Indies, in a run-chase, which spelled a daunting equation: 174 needed off 102.

Way before Simmons settled in and Russell arrived to toy around with bowlers, it was Johnson Charles, not Bravo, not Sammy, not Brathwaite or Ramdin that began carving bowlers in an exhilarating exhibition of counter-attack.

By the time the 12th over had even reached mid-stage- the equation reading 91 needed of 52- Charles had already raised his bat to the crowd. Windies were back in the hunt.

It had taken him just 34 deliveries to score a fifty- a mega feat in the context of the game- and as seen in the end, a decisive one. By then he had already danced down the wicket to hoist Ashwin over deep mid-wicket, punched Bumrah down the ground for a four, and chipped Pandya over square leg to produce perhaps the most astonishingly easy strike.

But despite the relative ease with which he went about collecting his runs- doing on many an occasion what commentators call ‘stand and deliver’ whilst holding onto an end after early setbacks for his team- it’s Russell and Lendl who we remember, to this day.

Johnson Charles, not so much.

A few games earlier, he hammered Rabada and Tahir to strike 35-ball-32 in a crunch situation, playing a vigilant hand instead of a fiery one. His team won then too.

But make no mistake; the St. Lucian wasn’t a flash in the pan.

4 years ago, much before cricketing culture cheerily adopted DJ Bravo’s Champion as the tune of winners, a time synonymous with Windies making the T20 format their won, signaling an intent to return to days of the yore, Charles had powered perhaps the most under-appreciated knock of Sammy’s victorious 2012-campaign.

In a must-win, Charles fired 84 off only 56 against a Swann, Dernbach, and Broad-powered England.

He collected 130 from the series.

Pollard and Sammy, it must be noted, made only 80 and 54, respectively. Only Gayle, Bravo and Samuels made more runs than a West Indian you today don’t spot in any international major except the domestic CPL.

Surely, Johnson Charles wasn’t the greatest stroke-maker on god’s mighty earth. He didn’t boast of a technique that would excite a Kallis or Dravid. On the contrary, he presented a very unorthodox albeit effective technique- hitting flat and square on either side with sheer power- perhaps an anomaly to the usually pronounced West Indian way of striking towering sixes.

Johnson Charles didn’t smoke bowlers in all T20 leagues around the world.

Nothing could be further from it.

For the right-hander played only 34 T20s and 48 ODIs. But the little that he featured for Windies sporting that typically imperceptible ‘poker-face’, seldom breaking into a smile, Charles was a busy man at the crease.

And lest it is forgotten, a highly effective one too.

While 724 T20 runs don’t constitute that big a number to be remembered, what’s worth noting is that Charles bludgeoned 144 of those against Australia at a strike rate of 148, 146 against England at 108, and 174- the most against any team- versus India at a whopping 185.

In merely 5 years of batting in West Indies’ favorite format, Charles pounded the likes of everyone, whether Mitchell Johnson to Bumrah, Broad to Swann, Nehra to Malinga.

And he did so at a better strike rate than several Calypso batters with significantly bigger experience. His T20 career strike rate of 122 is better than Ramdin, Bravo and even Carlos Brathwaite.

Does it make the fan sad that where it stands today- Charles’ most important T20 knock, in 2016- has also turned out to be his last, unless a miracle is to occur and he’s brought back?

Furthermore, it wasn’t that Johnson Charles was a slacker in ODIs. A maker of 2 hundreds and 4 fifties, 560 of his 1283 runs came only through boundaries, indicating his ability to frequently put bat to ball with a good effect.

He made 336 runs alone against an Australian attack where Watson, Johnson, McKay, and Lee were often steaming in and 267 runs blasting everyone whether Shami, Bhuvi, Ashwin, Jadeja, Bumrah or Nehra.

Elegance and style were as absent in Charles’ batting as consecutive maiden overs in T20s.

But the few opportunities that Charles got, who was 27 when he last wore the Windies maroon, he made it count.

That he opened with Gayle and played around the big names- Sammy, Bravo, Pollard, Samuels- made Charles a key member of the pre-Hope, Hetmyer, Pooran era.

Surely, he was about as impactful as a more defensive Kieron Powell and several notches more flamboyant than Ramdin, Fletcher, and Sherfane Rutherford.

Does he still have anything to offer?

The discarded Windies opener didn’t have too many runs in his maiden GT20 Canadian outing. In the CPL 2019, though, he emerged the third-highest run-getter, smoking in excess of 400 runs.

But at 31, should he be considered a ‘once-useful’ force, or a name that can again make it count, only the selectors are in the best position to answer. 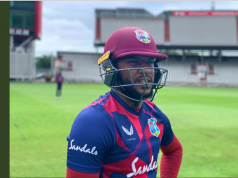 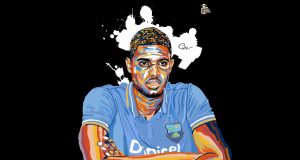