The above has formed a recurring theme in Caribbean Cricket, especially in the last decade or so.

To some, the statement seems rather overstated, for the team has gone significantly down in the past several years.

Yet, there are many who regard this as an urgent call to action.

However, the moment you conceive the current team in the context of its new forces- Hope, Pooran, Hetmyer, Cottrell, Joseph, Lewis- it seems the long-awaited turnaround is around the corner.

Another year or two of consistent cricket and the fan would strut with confidence: “Here we are” instead of “We’ll soon be there!”

Each time, Hope holds onto an end and raises the bat completing an important knock, it seems, a long mile has been covered between where Windies are and where they want to be.

Every time Hetmyer ups the run-rate, Cottrell offers that salute and Lewis blasts bowlers like Gayle, it seems the team is edging closer to its ultimate goal.

Could it be that there’s a special force lurking on the sidelines, waiting for its big moment where it can contribute to a much-needed national cause?

And tomorrow belongs to those who do all they can today.

And if there’s a young force in the Caribbean who it seems the future is excited to embrace then it’s the current Under-19 captain Kimani Melius.

But for someone whose central goal of existence, at present, is to take the West Indies as far as possible in the quest for Under- 19 World Cup glory in South Africa, Kimani Melius’s thoughts on January 17, his birth anniversary, won’t be about celebrating his ‘big day!’

Rather, they’d be about a highly anticipated event that’s slated to begin a day later.

As West Indies’ Under-19 open their campaign against Australia, Kimani Melius would much rather be focused on getting the team’s plans right against Jake Fraser McGurk’s unit.

He would also think of the faith entrusted on his young shoulders.

He would remember the words of caution and motivation advised by coach Mr. Alton Crafton, who’s worked diligently and patiently to hone the promise of the young St. Lucian in whose hands rests West Indies’ future.

He would also want to be brave and fiery, passionate and thoughtful akin to his mentor in striving to make his dreams a reality.

For that’s the beauty that comes with representing the West Indies; you could hail from any island, but you represent, in the end, a unified idea, a collective philosophy.

But in some ways, Melius’ affable personality lends itself into his batting style.

From 14 List-A games, the opening batsman has collected 257 runs already, from just 331 balls.

The strike rate at 77 is firmly in control of what should be a promising ODI career in the making and is improving.

What’ll hold Windies’ young captain in good stead was an impressive outing the other day against Scotland. Melius compiled a stroke-filled 67 off just 78 in an unofficial ODI before the tournament’s start, the kind of knock his close-mates Julien and Anderson would expect from their skipper in the forthcoming days.

But way before all of this, Kimani Melius had already shot to one’s attention in the Caribbean, when in the recently held West Indies Under-19 tournament he emerged among the top scorers.

Although, prominence arrived in 2018, when he top-scored in the U19 super50 with 257 runs, including one hundred and two fifties. The average that year was 51. The strike rate in the upper echelons of 130, nearly 140 almost.

A sorted technique, a composed game, and the proclivity toward scoring fluently; the right-hander from Boguis Bobbeneau has twice been named St. Lucia’s Junior Sportsman of the year.

Someone who’s not afraid to take the aerial route and can fashion grounded strokes with determination, Kimani Melius isn’t someone who believes in blind-slogging, a rather pronounced aspect of some from the Caribbean that may have afforded a few reckoning but limited success for the risk involved.

The ability to play anchor and yet score fluently make the smiling batter an able opener as well as someone who can hold onto an end.

These are, ultimately, key strengths that inspire hope that the young talent can adapt hopefully well in both ODI and Test folds.

But scoring runs alone doesn’t indicate the man that Kimani Melius can be. His man-management skills and ability to get the side to play one another is something the fan would want to hold center stage.

Not someone who’ll retract into a shell and hold back from engaging in discussion, Kimani, speaking of his time in the build-up to Under-19 selection,  is noted to have said, “I sought advice from Alick Athanaze recently on how it is in the West Indian set-up!”

He didn’t refrain from underlining a key area he’d want for self-betterment: “I would love to learn more on how to convert starts into bigger scores!”

The youth, it ought to be said, is something that’s as promising as its fragile. It can be trusted to prosper and expected to fade away if not armed with caution.

But Melius, whose game boasts of the big expansive strokes as well as the gentle sweep and rasp cuts seems to regard the classic principle to succeeding: play to the merit of the ball.

For someone whose best days are ahead of him, how’s that for some groundedness? 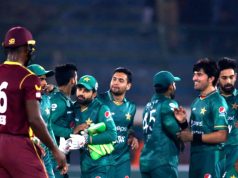 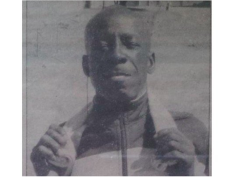 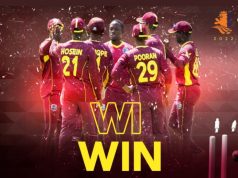 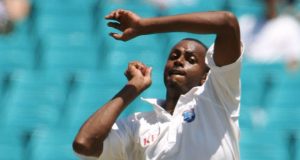