The Basil De’ Olivera trophy didn’t see South Africa being whitewashed. But as a fan in the Rainbow Nation, did the thought occur to you that how close ‘were we’ to the moment?

On the other hand, as an Englishman, how elated must you’ve been to see such promise and team commitment coming to the fore?

Yet, results can’t be evaded, unless you exist in a dream scenario. Despite going one-up in the closely followed Proteas vs England 2020 series, the Protea fire was doused by England’s rise.

And it was a phenomenal one at that.

However, the series remained interesting despite the tourists bettering the hosts in the Proteas vs England 2020 Series.

We take a look at how they fared and what the future holds for them?

A brilliant hundred at Port Elizabeth which proved, why this 22-year-old is rated is so highly by English experts. At an early age, he has shown remarkable composure and understanding of the game. If he continues to perform at the same consistency England will be sure that they have unearthed gem of talent. In England’s new Test squad he seemed to be only certain members among top 7 apart from Root, Stokes, and Burns.

England have tried a number of openers since Alistair Cook exited, however, one who seems to have nailed the spot is Dominic Sibley. He could be able to partner Rory Burns for next home summer. Whether he does, is still a matter in time’s hands but from what one saw during Proteas vs England 2020 series

While Sibley does not have a perfect technique but he seems to be the one player who believes in scoring no matter how they come. His innings of 133* at Cape Town also showed that hey can grind it out for longer hours. The keen youngster was among the best during the Proteas vs England 2020 series.

One of the players who not only revived his own career during the series but helped England bounce back after being 0-1 down. At Capetown, Dominic Bess might not have taken a cluster of wickets but he bowled with immense control, giving away only 119 runs in 60 over and at Port Elizabeth, he was among wickets at well picking his first five-wicket haul. Bess might be one of the spinners along with Jack Leach whom England might like to take to Sri Lanka in March this year

It took 148 Matches, more than 10,000 runs for Pieter Malan to get Test Cap, however, at Cape Town, he showed it was a big mistake on part of the selectors to make him wait till 30 for a chance in the national team. His innings of 84 in second innings at New Lands proved his strong temperament which South Africa will need in the stage of rebuilding.

If he continues to scores these runs consistently, South Africa might solve the puzzle of opening pairs sooner than later. However, one would say he needs to work on the lapses in concentration as it happened in the last two Tests of the series. While he might have scored only 156 runs at 26 in 3 Tests but he deserves another chance in West Indies.

The naught and 10 at Jo’burg and Port Elizabeth Test notwithstanding, van der Dussen was clearly the big respite for South Africa in a series that mounted darkness on their future.

In being the shining light, Rassie van der Dussen grew in his stature as a promising Test candidate, someone who the fan can expect will seal his spot and will most likely fly to the West Indies in June.

3 half-centuries in his debut series for South Africa. Let’s not forget that he came mightily close to what might have been a deserving maiden ton, the 98 at the Wanderers offering South Africa a solace as the inevitable reigned in the end.

But make no mistake. There seem a few chinks in the game of Rassie, the ability to work it out against spin being one?

But there are no two thoughts about the Proteas having found someone who can fill the vacuum at the number 3 or maybe 4 if Faf is nearing the end.

At a time when South Africa has lost a huge amount of experience and that continued with Vernon Philander retiring and Faf du Plessis almost certain to retire this year, he will be crucial for the team.

South Africa might have found the perfect partner for Kagiso Rabada in form of Anrich Nortje, both of these two can form a pair which may take South Africa to the next generation.

Nortje was very impressive in the series against England and he had picked 18 wickets at 27 in these four Tests. His real Test will lie when he will tour the West Indies where the pitches will not be conducive for pacers as they have been in South Africa. However, his ability to fight in any situation is something that is desperately needed in South African cricket currently and Proteas will welcome such a resolute character with glee.

On the eve of the Proteas vs England 2020 series, South Africa convinced Pretorius to give up the Kolpak deal as in him they saw a player who could fill the no.7 role. Over time, this hasn’t been ‘just another position’. It offers the promise of placing a bowler that can bat and if needed, try to weather a storm. Something we saw Pretorious being capable of in the just-concluded English series.

The tail that can drag on and make the bowlers outstretch in their effort to clear the line-up. Right?

An ailing South Africa would want Pretorius to become a dependable all-rounder and make no. 7 as his own for a long time.

Pretorius did show signs of promise, sticking on with the bat, whilst striking crucial blows from time to time.

Pretorious who made 37 for South Africa’s 183 in their first inning, while facing 73 balls (over 12 overs) on his own) emerge as the fine all-rounder that can soldier on, alongside Nortje- 40 off 89 balls- during South Africa’s victorious opening Test? 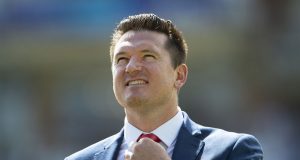