While much of the focus rests with the T20 Tri-series, featuring India, Australia, and England, there are two teams that have been embroiled in an interesting saga for the upcoming T20 World Cup in another part of the world, not so far away from the venue of Women’s World T20, 2020.

Proteas Women and the White Ferns are strong and competitive units in the game’s briefest format that are known to thrill and excite like no other.

They begin the T20 leg of the series at the back of the recent three-match ODI series where South Africa whitewashed New Zealand.

After a long time, the Proteas women were seen in their full strength, where on the one hand, Niekerk returned to her regular duties, to add strength to the strong Protea core, on the other hand, the White Ferns didn’t perhaps get the support they so would’ve liked under newly-appointed captain Sophie Devine, whose ‘divine’ WBBL form was nowhere to be sighted in the ODIs.

But that said, given the unpredictability of the T20s, White Ferns could bounce back, being a strong limited-overs unit while the Proteas women would want to continue their winning juggernaut.

Yet, both teams would want nothing but the best for this is a massive precursor to the upcoming Women’s World T20, 2020.

Although, from a New Zealand perspective, they’d be mindful of the challenge that awaits them given the Proteas women’s fantastic ODI form.

That said, it would be unfair if we don’t share the stunning show of the Proteas Women in the ODI Series.

Put in to bat, New Zealand posted a total of 259 for 9 in 50 overs on the back of Suzie Bates’ 53 and Katie Perkins’ 78. South Africa’s pace battery – Masabata Klaas, Ayabonga Khaka and Shabnim Ismail- shared 8 wickets among them.

In their run-chase, openers – Lizelle Lee (99) and Laura Wolvaardt (91) stitched a 163-run partnership and put the side on the driver’s seat.

Post that, it was never going to be difficult for the Proteas women.

This time too, the White Ferns batted first.

On this occasion, none other than Marizanne Kapp rocked the Kiwi cradle. She bagged 4 wickets from her 8 overs while conceding only 29 runs at an economy of 3.63. A miserly spell put the brakes on New Zealand’s score that ended on 115 runs. What a pity, the home side’s fan thought and indeed, that it turned that way.

Can, therefore, the White Ferns claw their way back into the T20s? We are yet to know.

What was certain though, was that with this little total in hand, New Zealand had very little to do to stop the marauding Proteas. For the visitors, it was another easy win where they reached the target within 24 overs.

By far, the White Ferns have been a victim of pace. But what was in store for them in the final game?

Was there something different from the first two games.

Well, it wasn’t the pace that bamboozled them but sheer mastery from Sune Luus in the leg-spin department.

Luus ripped apart the White Ferns’middle-order with doubtless ease. The leg-spinner, in finishing with figures of 6 for 45, clinched her second-best ODI bowling spell ever. In so doing, she became the first woman cricketer to take two six-wicket hauls in ODIs.

Keeping this series in mind, it can be said that New Zealand not only failed to tackle their pace attack but vulnerabilities exposed against spin.

Having said that, the focus will be on the five-match T20I series, which begins on February 2. Proteas Women’s side boasts of a lethal medium pace and spin line-up where one talent is about as remarkable as the other.

The services of seasoned skipper Dane van Niekerk and big-hitter Chloe Tryon are expected to ramp up an already powerful Proteas line-up. This, it needn’t be reminded, has among the most powerful batswomen in the game in Lizelle Lee and two hat-trick takers in recent times, including Masabata Klaas and Marizanne Kapp.

While Devine would want to showcase some of her flawless WBBL 2019 form in this T20 series, that she’s scored only 60 from the ODIs should propel her to strike form in a format her skills are second to none, the moment she gets going.

While Kerr, whose T20 record is anything but stellar from the batting perspective having scored just 25 from 24 games; 11 innings, that the pocket-sized dynamo can send the ball well over the ropes and with furious ease is known to all. Her ODI exploits in 2018, wherein she became the only Kiwi with a double-hundred in the format became a talking point. Ireland were the sufferers but the sport had found a blazing batswoman, one who’s yet to demonstrate her T20 batting abilities. Can this be the series?

However, if they fail to score big, their inexperienced lower-order might crumble under the pressure. It will be important for them to pull up the shocks in their run-up to the ICC Women’s T20 World Cup.

*note- the numbers and stats include the period up to February 1, 2020, prior to the start of the T20 series between SAW and NZW. 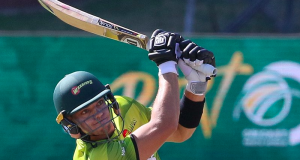