England have beaten Australia albeit lost to India. India have lost to Australia but beaten England. And to make things even perfect – as if they weren’t already in the context of this being a closely-fought series where each game matters- Australia, who went down to England have beaten India.

Could the women’s tri-series have been more evenly poised than it stands at present?

With so much cricket left in the series, what could be the possible outcome of a contest that’s already had a super-over, Harmanpreet’s heroics, a very dangerous-looking Knight, and Perry playing as brilliantly as only she can?

Let’s look at some predictions for Women’s tri-series 2020:

Harmanpreet Will Top Score For India Closely Alongside Mandhana

Among the easy predictions, for Women’s tri-series 2020 seeing Harman in the series-opener is that she’ll top score for India. Can’t she?

Some things can be done by most batswomen.

But only a few like Harmanpreet Kaur, who’s already gone past 2,100 T20 runs, can achieve the most extraordinary especially in precarious situations.

Like hitting a six over cover in a tense situation. Like backing oneself to go for the maximum when hitting one could go either way.

For someone who has already scored an unbeaten 42 (off 34 in the series) and a useful 28 will likely top-score for her team alongside Mandhana, an ever-looming threat for the bowlers.

Perry To Emerge The Go-to All-Rounder In The Series

Perry doing well in a contest is about as frequent an occurrence as is checking one’s WhatsApp texts early in the morning or going for a run when wanting to do cardio.

Call it a ritual.

And it’s quite ritualistic that in most Australian performances at the highest wire of T20 cricket, there’s usually something amazing that comes from Ellyse Perry.

For someone who just hours back starred in Australia finally putting some points on the board- courtesy a fantastic 49 in difficult circumstances- but not before taking a definitive 4-for- Perry will most likely emerge as the best all-rounder from the Women’s tri-series 2020.

That big six that too off someone like Katherine Brunt- one of England’s greatest bowlers of all time, one who was steaming in the final over.

Perry even making it to a player-of-the-series performance seems a likely feature among the predictions for Women’s tri-series 2020.

India Women’s Shall Be One Of The Finalists

They are yet to star in a massive upset for a team like Australia or England, especially on Australian turfs but it could be down to a lack of too many opportunities of playing Down Under.

But to undermine India in the current narrative of the women’s game would be akin to taking it a bit too lightly. Their limited-overs form, especially at the back of beating the Caribbean side in the Caribbean and later, roasting the Proteas women in India (in 2019), was simply dismissive and outstanding.

If Mandhana and Harman fire up the runs, with Jemimah and Shafali offering the promise that one can expect of them, given India’s penchant to upset teams thanks to a close-knit spin attack, do not count them out.

Among the predictions for the Women’s tri-series 2020 is that India will feature in the finals.

Given sheer dismissive form of both Knight and Wyatt, one of the predictions for Women’s tri-series 2020 would be the captain and her marshall top-scoring for the English ladies.

They say the captain should lead from the front. Can there be a better example than Heather- England’s “Knight”?

With scores of 67 and 78, the right-hander with 68 T20s against her name is the top scorer in the series thus far.

That there are 2 more games remaining for the captain-batswoman who’s struck 16 boundaries and 5 sixes already offers an idea of what Knight, in a dismissive form, could achieve.

It’s quite possible that the ever-smiling contestant would reach her major T20 landmark in this series: that of going past 1,000 runs, currently batting on 915.

This is a name that usually gets going whether or not the going gets tough for her side. Putting bat to ball might be the first basic skill to succeed in the sport. Just that for Wyatt, it is habitually, an everyday practice that yields lots of runs, of the kinds that one saw during her 64-ball-124. It was against India, the same opponents she’ll get to bat against, one more time. Not to mention she could blast past Schutt or Perry, Gardner or Jonassen in the coming days too.

The Spinners, From All Three Teams Will Shine, Clinching Most Wickets

There’s no escaping them. Not a chance. Perhaps not in the present context of the sport that today, depends more than ever, on these beasts in Cricket that battle akin to foxes with the vulpine jaws.

Australia have quite a few in Ashleigh Gardner- 23 T20 wickets from 31 games, and an economy of 6.5- and Jess Jonassen- 53 wickets, 70 games, with an economy of just above 5. In Molineux’s absence owing to mental issues, these two will be expected to step up the game.

Sophie Ecclestone is someone who at 20 plays with the composure of a veteran. This handy quality is reflected in her miserly returns: 39 wickets from 28 games and an economy of just above 6 and the best bowling performance of 4 for 18.

Then there’s Sarah Glenn- who was one among the 26,000 in attendance when the home team rattled India in the 2017 world cup.

But to even say that Glenn- who, as seen just the other Canberra evening, has taken her career-best figures of 3 for 28, would be saying it a bit too soon, for hers is a career that’s only just begun.

Then come India, who have one spinner too many. And it’s always tough for the opponents- right? It’s hard to pick who’s the best in a unit where one’s perhaps just as good as the other, if not better.

Radha Yadav, who’s still new, Deepti Sharma (45 wickets from 40 games), and Rajeshwari Gayakwad (24 wickets from 20 outings) are just 3 in a unit that often plays and rests of the foxiness of Poonam Yadav.

Surely, the spinners, who thus far, have had a bigger say in the proceedings will outscore the medium pacers.

5 of England’s wickets went to them in India’s opening contest to serve a case in point. One of the key predictions for women’s tri-series 2020 would be that the spinners would emerge with most wickets. 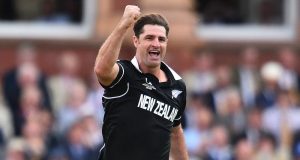