Once a 20-year-old prodigy rearing to prove himself at the biggest stage of the game, Virat Kohli has come a long way and is today touted as arguably the best batsman in 50-over cricket. Known for his aggressive acts on the field, it could be said, self-belief and that winning mindset have been two common narratives in the Virat Kohli-narrative.

In just two years of playing, Virat caught everyone’s attention with his alluring cover drives and effortless flicks. When he gets going, you cannot sit still- can you?

Virat Kohli-the perfect batsman made sure no chase is impossible, no matter how daunting it seems.

His consistency with the bat and inherent leadership qualities made him an ideal successor to MS Dhoni. Today, that he’s winning games left, right, and centre hardly surprises one.

Yet, when he assumed Test captaincy from Dhoni, expectations were bound to follow. To his credit, he lived up to them when it comes to the longest format of the game. He became India’s most successful test captain, accumulating 30 test wins in his first 50 tests, beating the likes of MS Dhoni and Sourav Ganguly.

While he is amongst the top three in the list of greatest test captains ever, a question that still begs to be asked is this:

There is no denying the fact that Virat Kohli has reached the pinnacle of his Test career. But the same cannot be said about his limited over’s career. Under his leadership, India are yet to win an ICC tournament. A case in point, therefore, that there are still heights to conquer and critics to shun.

Ever since, the Men in Blue have been faltering at the most crucial stages of the tournament, losing the ICC Champions trophy 2017 final, ICC T20 World Cup 2018 semi-final, and ICC World Cup 2019 during the semi-final, again.

Especially in terms of the latter, Virat Kohli’s limited over’s captaincy came under severe scrutiny when India lost cricket’s premier event last year thanks largely to nothing working right for India on the day when it all mattered.

That being the “Dhoni-run out day!”

Being a batsman who performs in almost every inning, Virat expects his players to show the same intensity and consistency which perhaps has not gone in his favor. His inability to give players a longer run, back them through tough times, may perhaps be that area he’d like to work upon

That said, being reliant on top-three and not building players for specific positions won’t help in the big tournament either and that has been on display in the last 3-4 years. Is that something Virat can work on?

Recalling the tragic 2019 World Cup semi-final memories, India went into a shock, as they were ousted post-Williamson’s team bettering Kohli’s.

Perhaps, no one was more upset about the loss than the skipper himself.

But much to everyone’s surprise, we’ve seen a different Virat Kohli ever since.

In the last 5-6 months, you perhaps have seen a different Virat Kohli. Can it be said that he’s a different man-manager than he ever was?

He’s risen as someone who’s backed individuals and given them matches to prove themselves on the biggest stage.

Shreyas Iyer- the team’s latest ton-scorer- Rishabh Pant- who, it could be said would arise if KL faulters or injures or something like that – and Shardul Thakur and the 34-runs-in-an-over Shivam Dube-have found the sweet support of the man “in-charge” of India’s leadership.

In the search of a proper number four, the team has not shifted from Shreyas Iyer for a considerable period now. Moreover, it seems there are no plans in the immediate pipeline to make alterations further. It’s not that he has wreaked havoc in the recent times or has struck back-to-back centuries and but they made sure that the Mumbai batsman gets enough opportunities and establish himself in that position.

But similar treatment has been meted to Rishabh Pant until in-form KL Rahul stepped into don the gloves for the side.

Post-2019 World Cup, Shreyas Iyer played his first T20 against South Africa and since then has been a constant member of the team in every series India played. Virat, in return, did reap rewards with the Mumbai Batsman playing some stellar innings at number four and in the process solidifying his position in the eleven. In the recently concluded New Zealand T20 series, Iyer played a couple of stellar knocks, scoring 58(29) and 44(33) to help India win the first and second T20 internationals and thereby take the lead 2-0.

It would be fair to say that Mumbai all-rounder Shivam Dube too got a lot of opportunities to establish himself as a potent all-rounder in the team and make a case in the upcoming T20 World Cup but to no avail.

Most of all, what was heartening to see was Indian fast bowler, Shardul Thakur getting all 5 T-20 internationals to play against New Zealand even when fast-bowler Navdeep Saini was waiting in the wings who looked far more able to produce wickets in New Zealand conditions. However, little did the skipper listen to the outside noise and gave him enough opportunities which perhaps were enough to boost his confidence.

Shardul might have proved to be a bit expensive but showed that he has a big heart and can perform in tough situations and is a handy customer with the bat too.

Once considered a selfish player and a man who plays for his personal records, he is now willing to go at number four or even rests himself to give his players opportunities for just one cause- mission 2020 World Cup.

In a quest to become the greatest captain of all time or to say a skipper who wants to win big tournaments, Virat Kohli today has put aside his personal records and is eying the bigger picture. 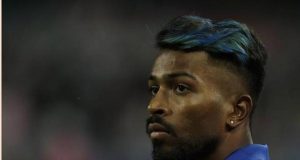