England are easily one of the lethal sides in limited-overs cricket in the sport’s current fold. This is a side, we must remember, that has birthed some of the finest all-rounders and bowlers with unmatched skill. As the World T20, 2020 nears, it is vital to take cognizance of some of the best bowling performances by England Women in T20s.

This, after all, is a bowling attack that has the power, experience, and outreach that has known to scramble even the world’s top batters in world cricket today.

The likes of Shrubsole, Sciver, Ecclestone, and the indomitable Brunt are stars who combine skill and dexterity to spin magic on the 22 yards.

In the past, the English Bowlers have single-handedly decimated and sniped out wickets to hand the opposition a heavy defeat. This is precisely something that the white-ball captain Heather Knight will expect as only a few days remain before the world’s cricketing fest- the Women’s World T20, 2020- raises mercury world over.

England’s go-to bowler, a preeminent bowling ace has been at her fluent best against the Indian setup.

Brunt can be likened to the Spartacus of her line-up, having been the best bowler from the English camp who’s furiously mowed down many world-class batting line-ups.

She has one of the best economy-rates for a white-ball specialist apart from being the highest wicket-taker from the English camp, especially against India, a team that tasted the venom of Brunt’s brilliance.

Brunt has 18 scalps to her name against the Harmanpreet-led side but one of the fascinating facts is that if Brunt picks 2-wickets or keeps her economy rate well under control, then England have a win-percentage over 85%.

How impacting is that?

And one of the finest exhibitions of her high-class medium pace bowling was felt not too long ago, back in the last year.

It was in 2019 at Guwahati, in the 2nd T20I, she removed the core of the Indian line-up that left the hosts with no room for recovery. Brunt was ruling the hosts that left India being restricted to 111-runs in 20-overs. It was her perfect line and movement gobbled Smriti and Jemimah in back-to-back overs. Brunt had a successful series in 2019 in which she picked 5 wickets in 2 matches, the best figures being 4-0-17-3. A reliable weapon in England’s armory and competent leader has more to offer in the forthcoming 2020 World T20.

Knight has always been an astounding all-rounder, she’s someone who’s knocked out every department in the Indian lineup since her debut.

Someone who leads the spin department with her striking bowling spells, there was something noteworthy and distinct on offer at the 2016 T20 -world cup in Dharmashala.

Knight snatched 3-wickets in the match to restrict India to a paltry score of 90-runs and produced one of the best bowling spells by English women in T20s.

Knight straight away dismissed the opening batter Vanitha in the 3rd ball of her 1st spell. Later, she rattled the crux of the middle-order, resulting in the dismissal of Shikha Pandey and Veda Krishnamurthy. Later, India crumbled to heavy defeat that ousted them from the world cup. Knight’s all-round might have been a reckoning force that a potent force like India may not ignore in the imminent future; rather they’d much rather eye to overcome the stern English challenge.

The World Cup-winning captain has picked 7-wickets an economy rate of 5.98 versus India.

Anya Shrubsole has often been the magician and the big World Cup stage, the perfect platform for England’s white-ball sorcerer to demonstrate her craft.

It was the first time in the tri-series (in India) contested between India, England and Australia that Anya faced India in a regular T20I match and chose this to be an occasion to deliver one of the best bowling performances by England women in T20s.

Her ‘player of the match performance’ for a match-winning spell of 4-1-6-3 in 2014 World T20 match stands as one of the best spells ever from the English camp against India.

Shrubsole maintained tight lines and lengths which strangulated India, restricting them for space to cultivate the big shots.

This restricted the team to produce only the ones and twos. Shrubsole completely justified her presence in the absence of the veteran Katherine Brunt and took England closer to the semi-finals. Thus far, she has picked 11 wickets against India and is the most sought-out bowler from England since her heroics in the 2017 world cup final.

DANIELLE HAZELL’s 7-for vs India

It was back in 2010 at Mumbai when Hazelle spun a web of spin that wrapped up India for a meager total of 126 for the loss of 7-wickets.

Hazelle removed the opening batswomen Sulakshana Naik who was doing the rebuilding after they lost its key players Mithali Raj and Anjum Chopra in the previous overs, giving India more trouble than they could’ve swallowed.

She then dismissed Babitha Mandlik for a stumping chance. On the very next ball, Amitha Sharma was removed for a duck. This meant India were left with very little scope for recovery.

The batters were restricted to a score of 126 runs and Hazell leaked only 20-runs in her incredible pell. The combined bowling attack lead by Hazell and Laura Marsh kept the hosts under restraint.

The veteran picked 5-wickets in this bilateral series and was a decisive pillar who laid the path for a series win.

Sophie ECCLESTONE’s 4 for 18 vs the White Ferns

Ecclestone, who’s all of 20 but someone who possesses the cunningness and guile of an experienced veteran of the game was responsible for one of the best bowling performances by England women in T20s.

The same came two years back in time when Ecclestone was only into her third year of playing the sport’s briefest format.

Against the Kiwis in a tri-series, involving the Proteas Women, Ecclestone spun a web around the White Ferns’ middle and lower-order, in England’s defence of a towering 172.

Against her tricky spinners, the likes of Katey Martin, Bezuidenhout, Peterson, and Kasperek could manage only 28 collective runs of their team’s 118.

This meant that the tall foxy spinner would collect a fantastic purchase of 4 for just 18 at Taunton, a career-best T20 effort. 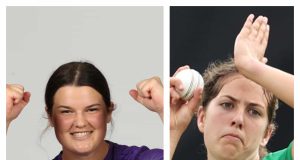 WBBL Debutants: The Young And Promising Of The Ongoing Season 2021!

Chandhana Gogineni - November 13, 2021
0
A wide array of interesting batting and bowling talents have defined the most sought after women's T20 league...