It’s hard being part of a team that has suffered two of its biggest defeat within a span of two months and whose confidence is at an all-time low. However, Tim Seifert, an unassuming new find could be a big positive for New Zealand, who are currently finding their rhythm again

New Zealand were flying high when they sealed the Test series against England. The captaincy was lauded and the team was termed, as one of the best ever from the country. However, in a span of two months, things have turned contrary to what it was then. The team have suffered their worst defeat in Australia, a whitewash by 3-0 followed by humiliation of losing by 5-0 from India on home soil in the T20I series. The team also lost Trent Boult, Matt Henry, Lockie Ferguson and Tom Latham to injuries.

In such time, rampant with despair, Tim Seifert has emerged as one of the few positives that New Zealand could think over in the past two months.

A fairly uncomplicated cricketer whose batting and keeping bear an imprint of his personality, Tim Seifert brings adds to the Kiwi quintessence, through his passion for the sport and the spirit of fighting it out in true New Zealand fashion.

You felt his team should have won the last three matches against India, albeit they couldn’t.

But the one man who was responsible for taking them deep into the fighting end of the recent T20 contests was Tim Seifert. He scored brilliant half-centuries in the fourth and fifth T20Is. In both games, it was his counter-attacking innings that ensured that New Zealand reached in formidable positions before throwing it away.

It wasn’t that hard to note that when the going got tough, Tim Seifert went tougher.

The right-hander scored 141 runs at an average of 47 in the series and was only shining light in an otherwise forgettable series for the home side.

Seifert’s success has interestingly poised the competition for wicket-keeping.

It’s a rare position to have especially in times of rigors of international cricket.

Not to forget, young Glenn Phillips who has been in long term plans of the selectors. Tim Seifert’s record has provided an option to be part of the team in the T20 format and if his form carries on as indicated by a healthy turnout against India, he will surely be a key cog in the batting line up which needs big hitters in the middle order.

One of the reason why Seifert is a big asset to any team is because of wide array of shots he possess, a scoop over the head of the keeper, or trying to cut a pacer of Bumrah’s pace above the keeper for a six, or coming down the track all of sudden and hitting it over the bowlers head. The kind of risk he takes gives an assurance to the other teammates that he is there and can up the ante anytime.

His inclusion in the team has meant that there is less pressure on senior pros like Kane Williamson and Ross Taylor, also he is an able ally to Colin Grandhomme who has a huge burden on his shoulders to score the bulk of the runs in end overs. His success against India and England last year were signs he could offer something substantive with the bat to the team and his reputation was further enhanced with the series against India.

You’d reckon it is a matter of time that he is called in the 50-over team as well.

But being in somewhat reckless, on and off form, New Zealand would want to guard against complacency in the coming days for they are packed with endless cricket, a vital series being in the form of the tour to the West Indies, the nation’s first in half a decade.

However, Tim Seifert’s First Class record is very impressive and speaks volumes about his potential as red-ball cricketer.

Thus, any suggestions that his cricket is limited to exploits and what ‘could-be’ in white-ball cricket alone are confounded.

An average of 38 after 43 games, with 5 centuries indicates that New Zealand do not need to look elsewhere after BJ Watling retires.

Two years ago he played an innings of substance in Plunket Shield against Otago. His 167*, his highest score in First-Class cricket, came off 230 balls. It was enough to silence his critics who consider him a player suited only for the shorter versions.

At 25, Tim Seifert is a cricketing newbie but one who doesn’t look flustered under pressure where the India series serves a reminder.

That’s a good sign but it also means it’s just the beginning. Make no mistake. But since the character plot is good, the tale, to follow, should pack a punch.

Seifert seems to have suddenly become a player who, one would hope, could be a key figure in the upcoming T20I World cup in Australia, in order to help New Zealand win their first-ever World Cup, a title that has eluded them for years. 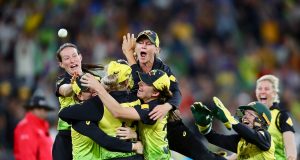