A team that has flair and firepower, lots of talent- and mercurial one at that- but not the performances to show for them- Pakistan women’s team are a side that have been underwhelming, to say the least in the Women’s T20 World Cup contests, as seen in their 2009-18 journey.

For a team that hails from the sub-continent, a breeding ground of spin and batting talent, while the Pakistan women’s team has it all, it’s just not been able to fight collectively as one unit during the T20 World Cup games that are as thrilling as they are ruthlessly competitive.

Let’s take a quick look at their last year’s rundown in the Caribbean-edition of the 2018 Women’s World T20:

Pakistan Women’s team- despite comprising of modern-day greats in Sana Mair, established and revered batters like Javeria Khan and Bismah Maroof- failed to go past the group stage.

While they were able to come up trumps over the Irish, beating them fair and square by a margin of 38 runs, putting a respectable 139 on the board, the games against India, New Zealand and Australia highlighted the chinks in their armor:

They actually began their 2018 campaign by a 52-run defeat suffered at the hands of the Australians, which was followed by a 7-wicket loss to India, and finally, went down against the White Ferns, who reduced Mir’s team to an embarrassing 90.

But what’s most hurtful from a Pakistani perspective- a nation replete with talent and inspiring cricketers- one of whom is the great Sana Mir, although unpicked for this edition- is the utter lack of performances all throughout the Women’s T20 world cup contests.

Thus far, despite contesting in all of the Women’s World T20 editions, Pakistan Women’s team has never once, cleared the group stage. Can you dig that?

To win or lose is different.

But to not be able to go past the first round in a mega-event that has no taking for inconsistency or fidgetiness is a major problem.

Many a time, Pakistan’s own problems have been not the opposition but the Pakistan Women’s team itself; where individual talents just haven’t had the depth or the fighting abilities to channelize the inner warrior, attacking the opponents as a close unit.

So as one might put it, it’s the lack of cumulative performances that have prevented such a terrifically talented unit to progress to further stages.

While struggles persisted during the great Sana Mir-era, the fan and the cricket tragic would want to know if the current Bismah Maroof-led era can weave some magic and sanitize the poor T20 World Cup show?

For starters, there’s hardly a doubt about the team’s batting prowess. Put Javeria Khan and captain Maroof in a single frame.

Among the two vastly-experienced and consistently scoring batswomen around, Khan and Maroof, both of whom debuted in T20Is in 2009, have collected priceless experience and scored dollops of runs.

They are, if you may call them that way, a sedate version of the emphatic Suzie Bates and Sophie Devine pair (of White Ferns), in terms of experience and power, if not all-round capability.

The Pakistan Women’s team captain has collected a fine aggregate of 2183 runs- the most in her side- including 11 half-centuries, and a strike rate nearing 93, Javeria- the mild-mannered battler- has struck 1744 runs, with 8 fifties.

Maroof, a tireless crusader for her side also bowls naggingly good leg-breaks when not carving runs, and has thus far struck 36 wickets from 61 bowling innings. Her economy is rather interesting at 5.6.

What’s more? She’s currently on song, having struck 2 ODI fifties last year against England, in England, and a fine knock of 60 in the T20 series that followed.

What Pakistan would want desperately would be the others to pitch in. What they cannot afford is all the pressure of scoring falling on the ever-capable and ever-ready Javeria Khan and Bismah Maroof, who don’t shy away from taking the onus on themselves.

Purely, from a batting perspective- the middle and lower-middle order will have to stick it out to take it deep whether chasing down lofty totals or compiling some.

And that’s the real beauty of Pakistan. That it stems from the fact that in other talents they have both skill and might one say, some performers who can contribute domineeringly.

Let’s understand how’ that?

Bowling, which is the second pillar of strength to Pakistan Women’s team, has distinct variation and flair owing to consistent names like Aliya Riaz, Anam Amin, and Diana Baig. Baig the game-changer in the squad has quick reflexes and is a potential pace weapon that can wreck any order.

There’s little doubt that she’ll be the ace of pace in the squad.

That being told, let’s visit some notable feats and talents that can add big value to Pakistan Women’s fortunes in T20 World Cup, in Australia:

Mercurial all-rounder Nida Dar happens to be the only player from the entire lot (or existing squad) to have represented the country in a Women’s Big Bash League event.

In 2019, the right-handed batter from Gujranwala signed with the Sydney Thunder to mark her WBBL debut in the event’s fifth edition. This would mean that as Pakistan battle in the games ahead, their strong all-round star will boast of the valuable experience of having played Down Under. During her memorable stint, the off-break specialist clinched 13 scalps and scored 99 runs.

Moreover, the powerful dasher of the cricket ball has also collected well over 1,000 T20 runs from just 87 innings. As she closes in on her 100th T20, it’s worthwhile to know that she’s scored 4 fifties, so far and has struck 95 boundaries in T20Is.

A miserly and foxy slow left-arm orthodox bowler, who’s as hard to score off as she’s to read, a fantastic economy of just above 5 in the game’s briefest format seems to suggest the 27-year-old’s importance to an often bowling-reliant line-up.

Thus far, from 48 bowling innings, Amin has chipped in with 47 wickets, giving away just 925 runs from 1046 deliveries, taking 1 four-for in the process, including a best-performance of 4 for 16.

The left-arm orthodox bowler performed has shown her mettle against the top teams in the world. One of her outstanding spells- the 4-0-16-4- during the 2016 World Cup at Chennai wrapped up Windies to a below-par score of 103-runs.

So anyone wanting to take Pakistan’s bowling lightly can happily juggle with illusion.

Presence of useful batswomen in middle-order specialist Umaima Sohail, the Pakistan Women’s unit have a handy and dependable collector of runs; someone who can ably stitch stands and hold onto an end. Thus far, from 20 T20Is, Sohail has collected 294 runs at a fine strike rate of 98 and has shown signs of sparks in a relatively nascent T20 career that began in 2018.

For someone who’s inspired by James Anderson- the English pace legend- Sana, who’s not yet out of her teens, found herself on the flight to South Africa, during 2019, to fill in for the very gifted Diana Baig (injured then).

On her ODI debut, the naggingly accurate right-arm medium pacer dismissed Lizelle Lee on just the third ball of her first spell, giving an indication that Pakistan Women’s bowling department was truly in safe hands.

In the T20 World Cup campaign, Sana would be reminiscent of her fantastic game-changing spell during the PCB Triangular Twenty20 Women’s tournament wherein she took 6 wickets at a fine economy of just over 6 to guide the PCB Challengers to a stunning win, whilst also rising to prominence.

Can this interesting trio deliver for Pakistan Women’s ahead?

Here’s how some of Pakistan Women’s noted bowlers fare in T20Is?

For a side that’s predictably unpredictable, the journey up ahead may not be easy, especially since barring Thailand, Pakistan Women’s team will have to lock horns with an imposing England, the dominant Windies, and Proteas who’re out with their full-strength squad.

But that doesn’t mean Maroof-led side are going to contest like lame pushovers. At the end of the day, they’ll have to grind it out, playing each game as if it’s their last, to progress beyond the Group stage which shouldn’t be a “Mission Impossible!” 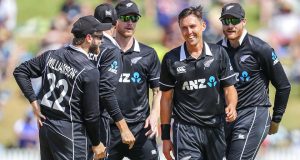 With A Bit Of Luck And Effort, New Zealand Might Actually...

Babasish Nanda - April 27, 2019
0
A well-balanced side led by Kane Williamson will chase the elusive world cup, which is in their reach, almost. There is a difference between...