The ICC T20 World Cup 2020 has just finished and the much-awaited final between India vs Australia broke a few records as well. While the Melbourne Cricket Ground witnessed a record spectator, Australia registered a convincing win, claiming their fifth title. However, batting legend Sunil Gavaskar thinks Women’s IPL could help India overcome this.

After India’s humiliating loss to Australia, Sir Gavaskar urged the Board of Control for Cricket in India (BCCI) president Sourav Ganguly to organize a Women’s Indian Premier League (IPL) from 2021. India have already witnessed a few talented youngsters so far including Jemimah Rodrigues, Shafali Verma, Richa Ghosh to quote a few.

With the inclusion of Women’s IPL, the pool of players will increase. It’s something that is needed, not only because we must unearth talents from everywhere because, how does one expect great things to happen if Cricket doesn’t venture into places it hasn’t previously visited?

After the fighting defeat of India in the 2017 ODI World Cup to England, a lot of prospects came into the limelight. This included an IPL like tournament as well.

Notably, the BCCI had organized an exhibition match in 2018 which was considered as the beginning of a full-fledged IPL tournament. Last year, three teams – Team Supernovas, Team Trailblazers and Team Velocity featured in the tournament, playing a round-robin series with the final.

The tournament which was hosted by Jaipur saw huge popularity. Even this season will witness an extra team in the tournament.

How WBBL and KSL are helping Australia and England?

It is not unknown that the T20 leagues like Women’s Big Bash League (WBBL) and Kia Super League (KSL) have gained a lot of viewership and popularity. While WBBL has successfully organised its 5th edition in Australia, KSL also had 4 successful editions in England.

Players across the globe have been taking part in those tournaments which included Indian players like – Harmanpreet Kaur, Smriti Mandhana, Jemimah Rodrigues, Deepti Sharma and Veda Krishnamurthy.

While Kaur and Mandhana are the popular faces in both the tournaments, KSL gave the chance to the youngsters like Deepti and Jemimah who performed really well. Moreover, Rodrigues has scored a century in KSL while playing for Yorkshire.

However, this Indian team has come a long way where they appeared for their first T20 World Cup final. Before that, they had a successful tri-series where they lost to Australia by a whisker.

“They did well over there. They were very well acclimated to the conditions and the pitches in Australia. So you have got to give credit to the BCCI for having done that,” Sunil Gavaskar told India Today after the T20 World Cup final on Sunday.

“To Sourav Ganguly and the BCCI, I would like to say, maybe next year, look at having a women’s IPL because that will unearth a lot more talent. There is already a lot of talent which we see and that will come to the fore with this performance of this Indian team throughout this tournament,” he further added.

Beaten at the last but still plenty to be proud of 💪#T20WorldCup pic.twitter.com/9I8Je2c1yH

“Even if there are not 8 teams, a Women’s IPL will make a lot of sense. There will be a lot more exposure to women. A lot more talent, which is there but we don’t know at the moment will come to the fore. And then, as the years go by, Indian women’s team will start winning a lot more trophies,” expressed Gavaskar.

Although India lost the final, there are several positives from the tournament, of which the destructive Shafali Verma, coming onto her own is just one of the things.

The way she carried herself and in turn, the team’s totals were exceptional for it was rare to see others around her contributing so consistently and flourishingly.

The young batting sensation proved her worth in her maiden T20 World Cup. Furthermore, for the first time ever, the larger cricket-viewing public got to see the magic of Poonam Yadav, not that the avid spinner hasn’t been around for a while. But for the simple reason that in front of the praise that so often sits with other big names, there are many on the Indian side that don’t get their due.

Just imagine- how many Poonam Yadav‘s could there be in different parts of Incredible India that are waiting to be out there?

But one contends, if Women’s IPL takes place within a year or two, the day is not far when India will see a lot of match-winner in the squad. 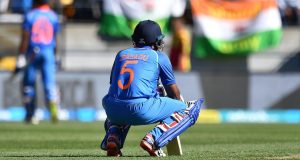