The Dwayne’s, often spelled differently, are an interesting lot in cricket.

If you are a West Indian, you begin to dance like a champion upon hearing this name. You remember a certain mastery in deceiving batsmen with the slower ball too.

You also, in another sense, remember another West Indian, who, to this day, holds the record for firing a Test ton on debut against South Africa. Bloody S*hit people hardly give Smith his due.

In that aspect, there’s limitless excitement that with his first name, Pretorius finds himself in some esteemed company.

On top of that, that he can be iconized someday, given the reach of his name has dazzled the world outside of cricket (remember Dwayne Johnson A.K.A the “Rock”; a World Wrestling Entertainment legend and Hollywood icon) notches up an exciting “could-be”.

But up first, a candid confession.

Pretorius, internationally, is not in the same league with these revered gentlemen. Not yet anyway, but domestically, has proven himself to be a good bowling all-rounder for the Lions, a Johannesburg based Franchise ever since his debut in the 2014-15 season.

At her impression, he generates Hercules-like awe given his muscular albeit chiseled frame. You immediately picture some iron-pumping, gym-frequenting dude who bikes away with blondes, guzzling energy drinks and given the warmth his face possesses often helps the elderly gallantly.

And nothing would be further from the truth that he excelled immediately upon starting or for that matter, was immediately drafted into the Proteas national set-up.

Well, had that been the case, why would the selectors resort to selective amnesia in the case of the Randfontein-born, who debuted in ODIs in 2016?

Do you remember? He got the experienced Gary Wilson to edge a moving delivery at Benoni, ending up with 16 in 5 overs with 1 debut wicket.

But how’s his journey into the much-vaunted South African set-up been, a team that until very recently had the services of Imran Tahir and currently boasts of young promises in the form of Janneman Malan and Lungi Ngidi?

After missing the 2008 U-19 World Cup due to a torn knee cartilage, Pretorius was contemplating different career trajectories and even got himself an accounting degree. But post-studies, he decided to try his luck at the sport he loved one more time.

After playing for provincial sides for almost 7 to 8 years he finally got his break for the Lions in the 2014-15 season when the towering domestic stalwart Zander de Bruyn decided to hang up his boots.

To this day, how many remember this part of the struggle amid the gloss of international recognition?

Still pegged as someone who was perhaps behind the effervescent Protea Chris Morris, Dwaine Pretorius debuted as the second all-rounder for the Lions.

With some consistent performances in his debut season, Dwaine Pretorius was awarded as SACA’s (South African Cricket Association) MVP at the end of that season.

Seeing his rise in the domestic circuit, the Protea National think tank gave him his ODI debut against the visiting Irish team in 2016. With strong batters in the Protea line-up at the time, Pretorius did not get a chance to show his batting skills but did pick a solitary scalp in his maiden match. He was then retained in the line-up for the 5 match ODI series against the Australians and picked up the prized wicket of the ever-consistent George Bailey amongst others. His T20 debut came a year later against the English at Rose Bowl and his claim to fame in the format was the brilliant 77 he scored against Sri Lanka in a match-winning cause.

Having been considered a limited-overs player and with his limited opportunities owing to being behind the likes of Morris and Phehlukwayo, Pretorius before the start of the inbound English tour last summer did consider going Kolpak but was persuaded otherwise by the Director of Cricket, Graeme Smith.

Graeme always felt Pretorius had more potential than what met the eye and, on his insistence, he got a break against England as the first all-rounder in the test team.

In some ways, it’s not hard to distance from a former captain’s insight given the promising Protea has already offered a glimpse of his tank of talent, stroking 33 vital runs on his Test debut during the only victorious occasion for a very disappointing side against England, 2019-early 2020, apart from making Joe Denly his bunny during his team’s massive Centurion moment.

Furthermore, that he’s clubbed 135 runs from just 6 T20 outings but at a strike rate that would please the Gayles and Pollards of the world (168) suggests the Proteas have uncovered the man that can tower very Justin Kemp-esque sixes down the order.

The 29 ODI scalps from just 22 outings offer little reason to go over the moon in a career that’s only begun to take form now. But look at the economy of 4.7.

Not too bad in an age where powerplays and switch-hits or small grounds are the order of the day.

Pretorius did well in the England series with his clever change-ups in bowling and his resilience in batting but unfortunately, the entire Proteas team fell short in the test series coming second best.

Despite the limited opportunities that Pretorius has received at the international level, his experience in the domestic circuit and the resilience and grit to punch above his weight should stand him in good step to grow as an all-rounder and do well in the future.

For now, the recently turned 31-year-old must enjoy the break away from the game with the one big realization that never before has the need for South Africa to regroup within and return to former glory days been as urgent. And at that moment where the team is seeking glory, one hopes, Pretorius will become glorious in the time to come. 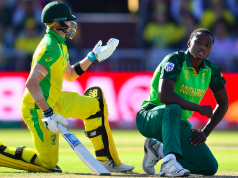 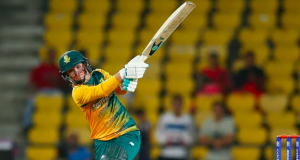 When Mignon Du Preez Thrashed Ireland With A Charismatic 116* off...