Australia Women now have 5 T20 World Cup titles, the most for any team ever.

Mithali Raj and Meg Lanning hold the record of most ODI centuries against their name for India, and Australia, respectively.

The record for the first T20 hat-trick in an international contest rests with Pakistan’s Asmavia Iqbal.

Only Deandra Dottin in the Windies women camp has 2 T20I centuries to her credit.

All hugely inspiring but none seemingly complete.

Is a piece of the jigsaw missing?

Could it be that the greatest thing about this wonderful sport isn’t the records alone?

Are we merely becoming interested in the soothing melody but not the melody-maker?

What sets the White Ferns apart from Sri Lanka?

What makes Australia so often the team to beat?

Would the numbers ever exist in the absence of the minds or the character that ultimately shapes this sport?

Are “numbers” taking precedence from “character?”

Does team spirit not matter as much as wins or losses?

Few teams have managed to prompt a question most seem reluctant to undertake:

Can greatness be tamed only at the back of records?

In an age where big wins and dozens of records remain with ICC’s table-topping teams, here’s an outfit that epitomizes that Cricket isn’t about winning or losing but about becoming the spark that can fuel a fire.

Perhaps that’s why there’s hardly a surprise that it takes several mutant sparks to ignite the Protea fire.

The Proteas Women epitomize a democratic instinct of the game.

Each talent is akin to a specific musical instrument and the coming together of different sounds creates the orchestra.

The world dances to a very different beat when South Africa play their music.

In Cricketing parlance, their beats and melodies depend on one other, on the tuning of the guitar, on the sound of the percussion.

In the absence of one another, it would all sound like the dead beat.

The audience today wants a show, it’s not tone deaf.

And the stage the Proteas Women perform on is ever about the band, not an artist, in particular.

And among the many divergent sounds, one beat, in particular, that lends thrill and exuberance is produced whenever the white ball meets the sweet spot on the bat of Lizelle Lee.

And when that happens- spectators and fielders interchange their roles, statisticians get busy, umpires begin flexing their arms, and the green jersey turns, ever greener with rich passion on display.

The only problem, if ever, confronts the bowlers- what to do next, what might happen if Lizelle Lee isn’t dislodged from the crease?

That was the case when Harmanpreet’s unit found on its own turf the embarrassment of succumbing to the largest T20 defeat by margin of runs (for India) when during the final T20, 2019, Lizelle Lee suddenly began whiplashing one and all to register an 84 off just 47, exhibiting the customary style of quiet subversion ( 15 boundaries and 1 six leading to a 105-run win)

That was also the case when clueless Thailand women ran into South Africa utterly unbeknownst to what lay ahead in their maiden T20 World Cup contest against Van Niekerk’s women.

A career-best 101 checkered by 16 boundaries and 3 sixes resulted in Proteas’ dogged right-hander contributed the lion’s share of the team’s 195 runs.

Short pitched bowling, as is often the case when it challenges Lee, was swatted aside with the ease it takes a lioness to hurt a butterfly and overpitched deliveries were knocked down the ground with the disdain one receives an uninvited guest with on the doors.

In many ways, Lizelle Lee, who notched up a maiden T20 ton and the only one thus far by a South African in any T20 World Cup also connected the dots between why individual talent matters as much for South Africa and why the team draws strength from the successes of one.

It in some ways also furthered the quintessential Proteas spirit; of playing the game with passion and pride, never with arrogance or a dash of scorn.

When South Africa could’ve jumped around and rubbed their victory on the face of their vanquished, they decided to remain humble and sane.

Lizelle Lee, upon seizing her big moment was anything but proud, and maintained a quality of self-efficacy, “it was one of those days where things paid off for me.”

In some ways, it was a continuation of the mighty good form that one of Transvaal’s finest had exhibited against the mighty White Ferns, in White Ferns territory.

In an age where tackling New Zealand can often be a task down to beholding Devine powers, Lizelle Lee stroked a run-a-ball 99, her best effort in New Zealand, to lift South Africa to a 9-wicket win.

Implicit in this ostentatious effort was a 163-run stand, formed with a batswoman whose successes light up a team that is devoted to the cause of upholding one another.

Not a team where one vyes to “beat” the other in a race to scale personal milestones.

In a contest where strangely our admiration for all-rounders doesn’t count the effort of the keepers but welcomes batswomen who bowl or vice-versa, can Lee ever have it easy, after keeping for 50 straight overs or amid the painstaking 20-overs?

It’s the sort of disservice we fans persisted with when the discussion turned narrow and unimaginative when only Kallis– and nothing defies his greatness- was afforded the status of a giant in all-rounders and Kumar Sangakkara wasn’t.

Is the keeping-batsman not in all-round contention since he doesn’t bowl but bends his back, nearly risks inuring it, and so often does, time and again?

For someone who began batting for her doting Proteas in 2013 and is already closing in on 5,000 runs, Lee’s best years lie ahead of her.

Like the ones that mirror the dogged 117 at Hove, where the 2018 firestorm singularly counterattacked England and like the powerful 60 versus Pakistan, during Benoni’s 4th T20I, that ruptured the visitors.

That form and fitness are both currently in Lizelle Lee’s grasp warrant her to superstardom in the very game where her arrival to the crease causes anxiety to anyone and everyone- from Perry to Jhulan, Poonam to Devine, Bates to Siriwardene.

That said, that she enjoys such excellent support of a team that basks in her glory and rallies behind her must compel Lee to remove some glitches from her game too; like suddenly losing the plot after plodding away quick runs, like failing to convert the fluent fifties into lasting hundreds.

If the Women’s game thrills us today it’s largely down to commendable batters who can turn greats.

If the Women’s game has come a long way today, then it deserves us to go an even longer mile than traveled for in exciting forces like Lee there’s something rare many would fade away trying: doing big things easily.

Without breaking into a sweat, without losing that arresting but quintessential Proteas smile. 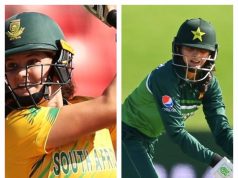 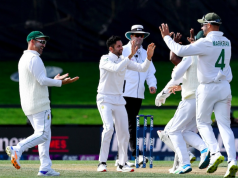 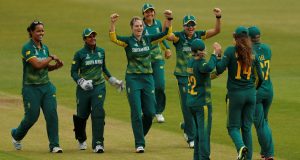 Dev Tyagi - February 22, 2020
0
The best of Proteas Women in T20 World Cup contests The best that Proteas women have ever managed in World T20 contests is ending as...