To put it simply, given where it stands at the moment, it appears, despite possessing mighty talent and that characteristic desire to shine at the highest level, South Africa are in the stage of rebuilding.

This was anyways a phase that was in the offing; with a generation marked with utter excellence, Amla, Duminy, Tahir, Morkel, and previously, AB- having walked into the sunset, leaving a lot albeit on capable shoulders to rebuild.

What doesn’t help is to note that the last connecting dot to the previous generation, consisting of redoubtable heroes too has moved on.

Moreover, a lot has already happened in the course of the last 10 months or so is also evident.

As one of the Rainbow Nation’s most dogged names is no longer the central figurehead, the leadership role moving on from Faf to de Kock means the phase of rebuilding could be a rather prolonged one and yet, at the same time dependent on how well do youngsters assume responsibility and gel together to stoke familiar fire.

But, here rests a question.

Such crucial phases and all have their own, Windies, once again, under Kieron Pollard moving on further to the rebuilding stage- riddled with questions.

Can they; the ones rising through the ranks make it count? How soon will the current midfielders in the rankings move northward toward a position of ascendency, one the fan was well-fed within bygone days?

But take nothing away from them. The youngsters currently in the squad and those coming through offer nothing but bright promise, save the uncertainties of Kolpak still hanging around.

But more or less what one can’t ignore is this.

The 2019 World Cup was a rather forgettable episode for the Proteas and since then there has been an urgent and insatiable need to start afresh keeping the horrors behind them.

But where it stands right now, key contests having been eaten up unexpectedly by the Coronavirus lockdown, the South African resurgence- the aspect fans await keenly- has been put on hold.

To start the new 2019-20 season, the brains at Cricket South Africa decided to let go of Ottis Gibson as the head coach as one of his key performance parameters was to get Proteas to win the biggest prize in World Cricket, the World Cup which has been eluding them this far and we all know where we stood, come the close of this edition.

Enoch Nkwe a rather unknown entity internationally was handed the coaching mantle for the tour of India. He had been a successful franchise coach for the Lions, a Johannesburg based team in the previous domestic season and was given the step-up owing to not only his credentials but also the ever-present need of complete transformation. Faf du Plessis was still retained as captain for the test leg of the series and de Kock for the T20 leg.

The first match of the T20 leg was rained off, with the Proteas losing the second match but they came back strong to win the third one and the spoils were eventually shared. This was a decent start keeping in mind after every world cup there are retirements and as the experts say it’s this rebuilding or a transition as one calls it.

The Tests that followed proved themselves to be a disaster for the Proteas with a complete ass whooping they received from the men in blue, the last 2 tests of which were lost by more than an innings.

At the same time, CSA CEO Thabang Moroe to cut costs with the financials of CSA being in a precarious state decided to let go of the franchise competition and only focus on the 2nd tier provincial competition. This came under sharp criticism from SACA the South African Cricketers Association as about 71 players in the system would stand to lose jobs.

Despite SACA requesting CSA not to proceed with this action, there was no relent and as a result, SACA sued CSA.

This turmoil and a lot of other domestic and financial mismanagement issues resulted in Thabang Moroe getting suspended before the onset of the English summer and a new acting CEO Dr. Jacques Faul took over.

Mr. Jacques’s first task was to appoint a director of cricket to restore some credibility to the faltering standard at CSA and the proteas performance. Graeme Smith was entrusted with this role and he further appointed the ever-reliable Mark Boucher as the head coach of the proteas with Enoch Nkwe being his deputy.

Also, Jacques Kallis and Charl Langeveldt were appointed as batting and bowling consultants to further strengthen the Proteas coaching staff.

The series against England did not go as per expectation with the Proteas emerging second-best in Tests and T20Is while drawing level in the one-day leg.

South Africa in this season, fielded 33 new players totally which gives us a sense of the uncertainty galore at this point.

Fortunately, the flow of positives has been admittedly, evident.

While Mark Boucher’s appointment as the coach was one such bright spot for a seemingly ailing side, his confession, at the end of the English and Australia summer that let judgment over his performance happen over a period of time, seems sane and just.

Having said that there were some positives with Quinton’s ability to hold his own as the limited-overs captain, Nortje and Ngidi’s discovery as reliable pace spearheads and able support to the poster boy of South African cricket Kagiso Rabada, Tabraiz Shamsi’s spin variations and in the batting department the likes of Heinrich Klaasen, Kyle Verreyne, Smuts and Janneman Malan being forces to reckon with.

Going forward, at least the backend of Proteas with the management and coaching staff look stable and with the hunger of guys like Boucher and Smith to get the protea boys back to the golden era of South Africa cricket, anything is possible in the seasons to come.

The bigger question is are the players willing to stand up and be counted.

Only time and, of late, the not so NOVEL virus, after all, know. 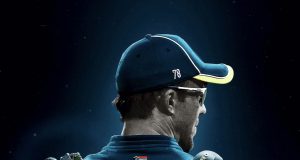 Pranay Rangra - February 17, 2021
0
What’s with us and the insatiable urge to see our favourite sports stars in action for the one final time? Despite retirements or the long...