What is the first thing comes to your mind when you hear the name Sana Mir? Someone who wore a smile on her face always.

Someone who did the complex with a verve of ease? A spinner who could trouble anyone in the world and probably also the one who was always ready to take responsibility for her pride- Pakistan.

At a time where there’s no sign of cricket, leaving the fan upset and perenially hoping when will it all begin- nothing would have possibly been more disappointing than learning about Sana Mir’s decision to call time on her career. 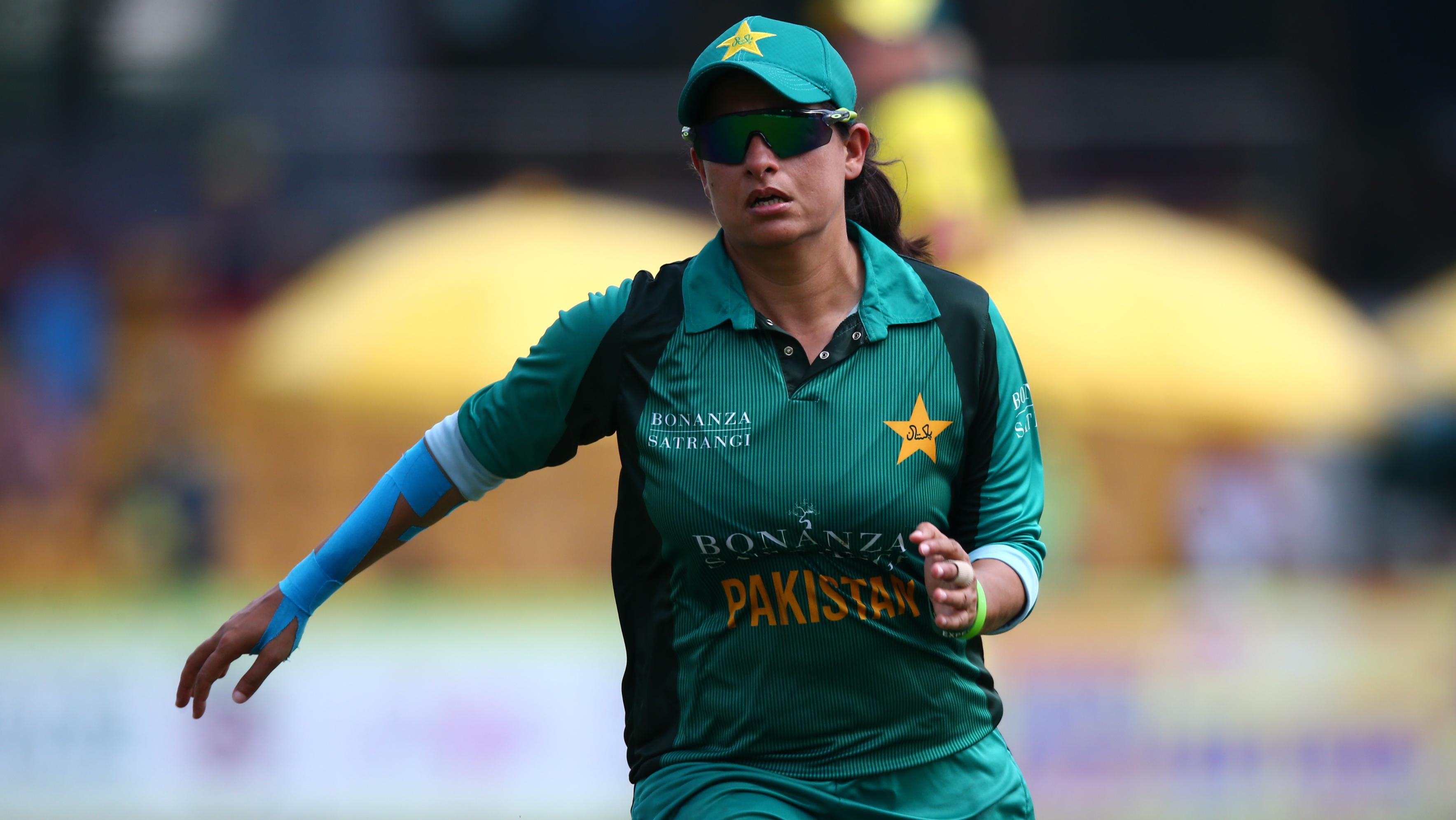 Sana Mir. Image source: ICC Cricket2020 had already given the ardent fan a lot to deal with, considering the difficulty of not finding Sana Mir in the Women’s T20 world cup.

But in a career shaped by painstaking commitment, which ultimately flowered with longevity, Sana Mir delighted and inspired in equal measure.

In the 15-year long stint, she not only featured in many ‘firsts’– winning gold medals in 2010, being named captain of Wisden’s Team of the Decade while also becoming the ICC No. 1 bowler in the ODIs, Sana Mir emerged on the top with her passion to excel.

Women’s cricket in Pakistan was not easy to host and most of the cases were related to monetary. Though a women’s cricket association was organized in the late ’70s, they started playing internationally after the Khan sisters, Shaiza and Sharmeen took the responsibility and set up the Pakistan Women’s Cricket Control Association (PWCCA) in 1996.

Most of the time their father used to finance the team’s tours and camps too to keep the women’s game alive. In 2005, the ICC formally merged with the International Women’s Cricket Council (IWCC) which brought national women’s bodies under the ICC-affiliated national boards. However, the PCB failed to deal with the matter in a good way, and the legal battle witnessed the exclusion of Shaiza, Sharmeen, and other pioneers from the committee.

Amid all these, a player emerged in the mid-2000s whose relation with cricket started at a very young age. Bitten by the cricket bug and 1992 World Cup where Pakistan won the title, her liking for long run-up increases as she used to follow Waqar Younis.

Amid these, a player emerged in the mid-2000s whose relation with cricket started at a very young age. Bitten by the bug in the same year her country scaled its greatest peak- winning the 1992 World Cup- Mir desired to make it count, following in the footsteps of her then-hero: Waqar Younis.

Though, eventually, she would spin out everyone with ceaseless charisma.

From making field setting on her chemistry notes with the electrons and neutrons to give up engineering for cricket – Sana Mir has come a long way. As she leaves, she can be assured that in entirety, her career was as influential as it was unimitable.

She was one of nine debutants after the PCB took over in 2005. While in her first game on December 28 went wicket-less, it was, nonetheless, a quintessential economical spell.

When you concede only 19 from 4 overs on your debut, you indicate the desire to keep the scoring in check.

Such a massive quality of Sana Mir, right?

The second game, though, brought her in the limelight when her inswinging yorker broke the defense of Mithali Raj and hit her leg stump at the National Stadium in Karachi.

She was a pace bowler at that time but due to the injury at back, she had to remodel her action which turned her into an off-spinner. In 2007 she led Karachi in the National Women’s Cricket Championship to the victory in the final.

In 2009, prior to the T20 World Cup, the then captain Urooz Mumtaz wished to step down for further studies and who could be better than Sana Mir, the one who never back out and stand for the team?

On May 4, 2009, she was named the captain of the national team. In the World Cup press conference, she was asked why did she come here and she confidently replied to win the tournament.

Notably, that was her first press conference. Prior to the big event, they had played hardly one or two T20s. Everyone was shocked because Pakistan had only just qualified. But, somehow that confidence helped her to become one of the best captains in the world.

Someone whose faith in her abilities was as paramount as it was in the others’.

Moreover, what could be an ideal example of her being a team player when she handed over the ball to relatively inexperienced Bismah Maroof to bowl the final over of the second T20I against a mighty England in 2013 in Loughborough while defending 116?

Bismah Maroof, despite getting hit for a six, didn’t let her captain down and Pakistan registered a one-run win, thanks to the nail-biting run-out off the last ball.

It was their first-ever win against England in any format.

Sana Mir, who has 7 four-wicket-hauls in ODIs – let that sink in- became the first cricketer to win the ‘PCB Woman cricketer of the Year Award’ in 2013.

If these aren’t enough, here are the glimpses of greatness on the field.

During the ICC Cricket World Cup on Jul 8, 2017, Taunton, she came into bat against the White Ferns when they were three down and faced Hannah Rowe’s hat-trick ball. Having led from the front, she played a captain’s knock of 50 off 86, marking her 100th ODI as well.

Alongside this, who can forget her fielding skill? That stunning mid-wicket catch sent India T20 captain Harmanpreet Kaur in the dug-out during their match against India in the ICC Cricket World Cup, 2017.

After all, who doesn’t know the caliber of Harmanpreet Kaur?

On March 23, 2012, Mir became the first-ever female cricketer from Pakistan to be awarded the ‘Tamgha-e-Imtiaz’ for her services in cricket.

In October 2018, she became the no. 1 ODI bowler in the ICC ODI Bowling Rankings. With 151 wickets, she stays fourth with Anisa Mohammed in the all-time list of ODI wicket-takers.

A stamp of authority that the bowlers can rule in the batsmen’s game.

Off the field, she never shied from speaking about body shaming and other things. Once again, she came in the news when she hit out at advertisements that made women and girls concerned about their appearance.

Rare it is to find leaders taking charge meaningfully outside the cricket turf.

In an age where women chose to be increasingly defined by make-up, here was Sana Mir telling girls- “You need strong arms, not smooth arms, on a sports field.”

A cricketer par excellence, a genuine leader, Sana Mir had the curious eye to spot talent in the domestic circuit.

It was her ability to understand women’s cricket more deeply that furthered the case for a template of the sport that has only recently organized the first stand-alone women’s World T20.

Respected by adversaries, here was someone dearly loved by her compatriots.

You have worked hard for Pakistan !! It was an honour playing under your leadership. Lots of prayers for the new journey.
Bigger achievements ahead..🤩 IA
Thank you for serving Pakistan in the amazing way you did ♥️
We are proud of you. ❣ https://t.co/XxdIRKW3ZH

Its been an absolute pleasure playing with you Sana! You’ve always did your best for Pakistan cricket🇵🇰
You have been an inspiration to us with your resilience,courage & above all the passion & love U showed towards this beautiful sport!
Wish you all the best Buddy♥️#THANKYOU pic.twitter.com/Ag4Urk4ggz

Sana Mir is among only five female players to complete the double of 1,000 runs and 100 wickets in ODIs and also the first from Pakistan to take 100 ODI wickets.

If that’s not envy-inspiring, then what is?

In the era of legends- Meg Lanning, Ellyse Perry, Suzie Bates, Sophie Devine, Katherine Brunt, Heather Knight- Sana Mir was there to make sure Pakistan too stay in the race.

We have plenty of players now and we will get too in the future, but a player like her is unparalleled.

In her case, it won’t be wrong to state Cricket was lucky to have her. 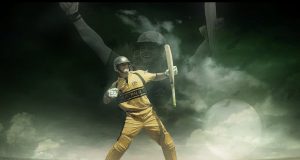 Walk Off, But With A Smile: The Greatness Of Adam Gilchrist!