If you have been following cricket closely from the late ’90s or early 2000s, you would have fond memories of Zimbabwe, often struggling, often holding on amid the rigors of international cricket.

Now while much of the larger cricketing world had the likes of Mark Waugh and Steve Waugh, the Laras and Tendulkars emerging as the greats for their sides, Zimbabwe drew level with the world at the back of one man’s charisma and undaunted presence.

What do you think of Andy Flower? Has the great man- who was as big a match-winner as Bevan for Australia or Chanderpaul for the West Indies- been given his due?

Making his debut in the 1992 cricket World Cup, Andy Flower’s career was nothing less than extraordinary- if you think about it- despite featuring in a team that was often struggling, and when not, then making gradual progress in the sport. His batting techniques and determination to win it for Zimbabwe, made him a very promising force whom the world had started to see with respect if not unfading love.

Zimbabwe winning games during those times were considered to be nothing less than an extraordinary feat and in most of the games, it was none other than Andy Flower, who used to step up and take the responsibility of winning such games for Zimbabwe.

A few heroics of his that have inscribed themselves into the history of cricket are his 180 against India in India, his 145 in the Champions Trophy in 2002 against India and the unforgettable innings he played against Australia in Australia, scoring a remarkable 51 which was nothing less than a heroic inning. If you look up to the stats, you would be equally surprised to see the numbers which indicate that he was nothing less than a silent unsung hero whose job was to make the most of the games he had, to announce Zimbabwe on the world cricket map.

Throughout his carrier, Andy Flower also went onto becoming one of the finest wicket-keeper the world has ever seen. He had always been the first choice wicket-keeper ever since he debuted and that never changed until retirement.

However, post-retirement from cricket, his skills, abilities, and experience never went unnoticed when teams like Punjab Kings XI and Multan Sultans made him Assistant Coach and Head Coach respectively. With respect to bigger cricketing nations, Andy was appointed as an Assistant Coach of the England Cricket Team in 2007 who later went on to play a key role in some glorious victories for England.

Today, as Andy turns 51 years old, one can only look back to the heydays with a sense of pride, especially if you’re a nineties kid or someone for whom “that was the big era!”

Similarly, Andy Flower must also reflect on having forged a career that held on his own, at a time where the Laras and Sachins were charming the world.

After all, his has been a career where Zimbabwe were able to punch above their weight, causing upsets often against the big names.

With remarkable concentration and the great ability to bat for long hours- as evident in his 232 against India, in India- Flower broadened the discussion of dominant batsmen of that era that only touched upon Brian Lara, Jacques Kallis, Ricky Ponting, and the great Tendulkar.

Well, here was a 544-minute knock that was etched with the greats of Indian cricket- Dravid, Sachin, Srinath, Zaheer Khan watching helplessly.

Not only was the only double hundred a career-best for Andy Flower, but it did well enough in clouding and bettering none other than Sachin’s 201 (the same match, in Nagpur).

Perhaps it’s a bit unfair that we seldom hail and hence, hugely undervalue Flower’s ability to dig in, a bit like Chanderpaul and come up trumps with vital runs, as beautiful in their craft as they were effective in safeguarding Zimbabwe.

To a team that had both powerful and fluent stroke makers, in the likes of Heath Streak, Grant Flower and Alistair Campbell, respectively, Andy Flower formed the fulcrum around which the team revolved.

Flower’s presence on the cricket field installed some level of hope amongst the Zimbabweans whilst denting slight fear in the hearts of the opposition.

Therefore, it may not be incorrect to state that the likes of Andy Flower- rare as they come- are not just legends for deeds on the crease, but also for their conduct off it. 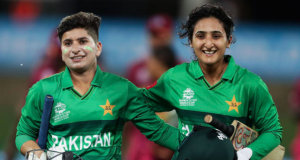