When you join the two, it becomes an adjective, apt for the women’s team. It’s taken Bangladesh a long time to improve.

The team, which could hardly fight earlier, came under the wings of Anju Jain, the head coach and the assistant coach Devieka Palshikaar, respectively.

What followed was a change in fortunes; Bangladesh women’s team beat India, twice, including the 2018 Asia Cup final.

The win wasn’t easy at for they came into the contest at the back of after a series loss in South Africa. In fact, in their maiden Asia Cup 2018 contest, they had also lost to Sri Lanka.

But turnarounds are surprising. Bangladesh’ was no less inspiring, as the team went onto win 3 series’ on the trot.

Post-Asia Cup, Bangladesh went on a 10-day tour of Ireland, which they won by 2-1.

Jahanara Alam became the first player to take a fifer in T20Is.

Then, thanks to Fahima Khatun, claiming her first hat-trick and Panna Ghosh’s fifer in the finals, the team won the qualifiers.

Then, it was time to face Pakistan for T20Is, who had, until such time been constant tormentors. Although Bangladesh couldn’t win this one, they bounced back brilliantly in the one-off ODI.

Expectations became high for the World T20 in 2018 given recent form but it wasn’t the best result.

“Maybe the pressure and expectation were the reasons behind their bad show in the World Cup. Because earlier they were only a participant and now pressure of doing well and pressure of result could be the reason of their failure,” said Devieka Palshikaar in an earlier interaction with Caught At Point.

Though, the players reflected differently.

“We collapsed in the batting. We didn’t get the start which we got in the Asia Cup,” said Jahanara Alam.

Bangladesh’s success depends a lot on their two coaches. Alongside the hard work of the players, it was the coaches’ game plan and strategy, which helped them to win several series’.

“It’s all about game plan and motivation along with execution in the series. They are extraordinary. If we get their guidance for some more years I am saying you today, our team will go far from here,” shared Jahanara.

Under the constant guidance of Anju Jain and Devieka Palshikaar, Bangladesh registered 3 consecutive wins in 2019 against The Netherlands, Thailand, and in the ICC Women’s T20 World Cup Qualifier.

Their next series was against Pakistan. Their Cricket Board did not send their Indian support staff members- the likes of Anju Jain, Devieka Palshikaar and Kavita Pandya – citing tense political relations between India and Pakistan.

They went on to coach Bangladesh women’s A team during their home series against India- A and also in the Emerging Asia Cup in Sri Lanka.

Dipu Roy Chowdhury, who had been the coach of the team between 2009 and 2012, was the interim head coach of the team in Pakistan, while Emdadul Haque joined as the assistant coach. Meanwhile, Anwar Hossain Monir was the trainer whereas Javed Omar became the manager.

However, success was elusive barring a two-match ODI series that ended in a draw.

But a team whose fortunes have already been topsy and turvy once again saw bright side in the South Asian Games, which they won at the back of some great performances including Nigar Sultana Joty and Fargana Hoque’s centuries.

Then the T20 Quadrangular series in India just before the T20 World Cup 2020 was a great reprieve too.

That is precisely where troubles took the flight.

Why would any team suddenly want to change the coaching staff despite much success?

Well, Bangladesh did that.

Former player Javed Omar, who went to Pakistan has recently been banned for allegedly passing on team information. He wouldn’t take part as Bangladesh Cricket Board representative in future ICC events.

“Yes we’ve been informed by the ICC to not include him in any future event,” a top BCB official confirmed on conditions of anonymity to Cricbuzz. “To be honest, it is quite disappointing.”

But the thing changed within a day.

The CEO of BCB, Nizam Uddin Chowdhury shared in a statement to Business Standard, “We know nothing of the reports published about Javed Omar. We have received no such instruction from ICC.

This news has no base because BCB would have known if something like this happened.”

Here’s where the story becomes complicated.

Things became seemingly suspicious when in a news on Cricbuzz, the BCB shared, they weren’t happy with the coaching staff and what was termed a “bossy approach” of Anju Jain.

This was a counterproductive approach.

Not the minnows you once thought of them.

Their T20 World Cup preparation started on a high note after beating Pakistan in the warm-up.

In the first game, they nearly handed India a reality check.

Bangladesh were inching close toward an upset – defeating the White Ferns- a biggie.

Meanwhile, that article further claimed Rumana Ahmed, who was demoted down the order despite being experienced didn’t go well with the BCB too.

Rumana is one of the experienced players in the team and considered as a finisher too. In their first game, she came down the order just because the situation demanded that way.

“For the last 5 overs, we were little doubtful whether she will be able to take those quick runs as that was the requirement initially and she was coming from an injury.

We had more confidence in Jahanara Alam and Fahima Khatun as they have batted in that situation for the last six months whenever we played. The situation demanded that and nothing else,” revealed Palshikaar to Women’s CricInsight earlier in an interview.

Apart from the first game, Rumana came to bat in her usual batting position in the rest of the games.

And her score read:

Now the question is – who could be blamed? Coaches or players?

If the term “bossy approach” is to be believed, then what about the players’ saying they had gratitude towards the coaches?

Who’s saying what and whom to believe?

Joty gave the credit to her coaches for her performance in the World Cup. She was the highest run-getter from her side – 114 runs in 4 innings and one of the positives apart from the opener Murshida Khatun.

Praising the coaches, she said to Women’s CricInsight, “Both Anju ma’am and Devieka ma’am had plans which certainly worked for us and they know who can do what. They motivated us even when we lost those games in the World Cup. They know what we need and our relations helped us to do good.”

On the other hand, Murshida Khatun also said, “Although I couldn’t do well in the tournament, both the coaches gave me enough chances and I will be grateful to them.”

And, this is not new that coaches are to be blamed if the team fails to perform. They might face issues if they take some decisions regarding team selection. Surprisingly, whenever the team performs, the credit goes to the players and not to the coaches.

But, these are common in the game, right?

If someone fails to live upto the expectations, he or she should leave the place for someone more deserving. After all, cricket is a team game and the team management have the right to do the changes to select the best XI.

As an example, we can take the name of Jahanara Alam who was dropped in the final game against Sri Lanka.

Surprising to many? Isn’t it?

Certainly. Because she is the main pacer of the team. But what could anyone do when the player is not in form?

Her spell in the whole tournament reads – 10-0-89-0 and that was the reason for her exclusion.

Then, whose fault is this? Coaches? Aren’t the players responsible too?

Furthermore, our sources also confirmed that they nearly shared their desire to discontinue to the CEO. But they were instructed things would be better and a discussion would take place as well.

If they were about to discuss this further but due to COVID-19 pandemic, couldn’t, then how can one explain the changes regarding coaching staff?

And, what about the players? Shouldn’t they be allowed to share their views over this matter?

Before 2018, Bangladesh Cricket Team failed to win a single series since competing in T20s from 2012 onwards. All victories came under these set coaches only. It wasn’t hard to see the change under Anju Jain and co.

Whosoever said that politics and cricket go hand-in-hand was right. Just that Bangladesh may want to get their acts together sooner than any later. 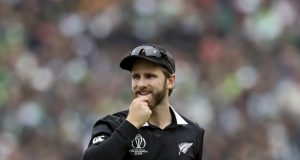 That Man Kane – Carrying On Unassumingly