Cricketers, fans, ground staff, umpires, cheerleaders, cricket boards all around the world are missing the game due to the Covid-19 pandemic.

In this tough time, everyone is waiting to get out of the current situation and restart their normal lives.

In the context of the current plight, this was like Christmas coming early for those struggling to get two square meals a day.

Surely an act that inspired others toward helping humanity. But as a huge fan of the sport, I couldn’t help myself from thinking if Yusuf Pathan could’ve perhaps been more giving to the game too, having such massive potential?

We have seen Yusuf hitting huge sixes all over. But this gesture of helping those in dismay is probably one of the best sixes of Yusuf’s life.

Something that perhaps points to a sense of large-heartedness.

One of the clean plus hardest hitters of white-ball cricket publicized his arrival into international cricket in a grand way.

He hammered Mohammad Asif for a six over mid-wicket against arch-rivals Pakistan in the inaugural Twenty20 World Cup final in 2007.

The Wanderers was buzzing. A tall hitter had arrived. But would he last long?

The Baroda all-rounder was lucky to get this opportunity as regular opener Virender Sehwag got sidelined due to injury. But Yusuf Pathan could not capitalize on the flying start.

He returned albeit posting a cameo.

We later understood the significance of the World Cup win.

It galvanized the rise of the T20s in India. Soon, we had amid us an electrifying cricket league called the IPL, in 2008.

The event that ensures we take dinner in front of the TV sets. The reason no ride in the metro rail seems boring or dull anymore.

Given the stump as a souvenir in hand, it was Yusuf Pathan’s day, Yusuf Pathan’s match. He gave his 200 percent on a big stage, it wasn’t hard to see.

That 3/22 with the ball and a half-century, including 4 huge sixes meant he was no ordinary bloke.

The best moment of Pathan’s IPL career came when he blasted the fastest century by an Indian in the format, a 37-ball-100 including nine fours and eight sixes against the Mumbai Indians in 2010.

This was truly the rise of Yusuf Pathan, the free-wheeling IPL cricketer who we so wanted to be like our Shane Watson in ODIs.

He was picked by KKR in the next edition.

Pathan thrice became a part of IPL winning sides, once with Rajasthan Royals in 2008, later- twice with the Kolkata Knight Riders in 2012, 2014 under the leadership of man-of-the-finals Gautam Gambhir.

His best international T20 performance came against Sri Lanka in a crunch situation game when the Indian team was seven down. The Pathan brothers duo showed some high-class skills and won the match for India in 2009.

Seeing maturity under pressure, you realized there was no reason why Pathan couldn’t have that big impact in limited-overs cricket

The T20 world cup 2007 win overshadowed the humiliating loss against Bangladesh in a group stage of 2007 50-over the world cup, which was the big reason to worry.

Yet, a realization soon kicked in.

Yusuf was never the ace all-rounder. Was he making the most of his genuine gift?

Yet despite having hard-hitting capabilities, an off-spin talent highlighted by maintaining a disciplined line here was someone who was also smart and agile of his own bowling.

Moreover, he never allowed batsmen to convert singles into doubles.

Such a plus in the saga where the contest seems to be in the batsmen’s favor.

Calls for a permanent place in the ODIs became strong. Yusuf had earned them at the back of his impactful T20 outings.

Then finally came the opportunity in the 50-over format against Bangladesh.

The idea was to avenge the World Cup loss in a tri-series held in 2008.

Pathan, who has two ODI tons to his name, struck impressive milestones.

Yusuf Pathan took the charge with Saurabh Tiwary at the other end when the team was struggling at 108/4 in a mammoth run chase of 312.

Efforts were better in the second ton as it was not contested on home soil. Plus he took fewer balls to reach three figures as compared to the first ton.

Yusuf’s power-hitting, 105 off just 70 balls including 8 sixes and as many fours nearly stole victory from the jaws of defeat against South Africa (in a five-match bilateral series-decider) at Centurion.

For an inexperienced ODI campaigner, the moment was big as was his own feat.

However, India lost the match due to a lack of support at the other end.

Yusuf was doing all the hard-work for cementing a regular place in the Indian team through outings in the IPL but to his discredit, a bastion of growing all-rounders like Suresh Raina, Ravindra Jadeja, Axar Patel, Hardik Pandya were emerging as tough competition.

They gave the impression that they probably had a killer instinct.

Was that the distinguisher?

Up to that point, some inconsistent outings, coupled with India’s proclivity to stick with an all-out youth-based set up led to Yusuf’s drop after the Champions Trophy of 2009.

Moreover, the right-hander could not replicate the six-hitting show in the longer format in white-ball cricket.

But you felt he could’ve been given more chances, at least, in the T20I format considering the 154 appearances in the IPL yielded an impressive average of 29.13 and a better-than-competitive strike rate 142.9.

Not a batsman you bowled short or in the zone.

Yet someone who appeared out of the comfort zone in 50 over cricket.

At 37, considering the high-voltage bench strength of the Indian team, an international comeback looks next to impossible for Yusuf Pathan now.

But we must acknowledge the thrills he served in a rather short-lived career that returned 33 ODI wickets and 810 runs including 43 sixes and 62 boundaries.

Just imagine what all he might have achieved with a bit more consistency? 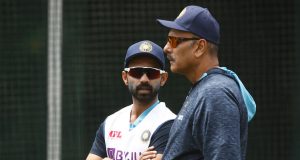 Balaji - December 24, 2020
0
Before jumping onto anything with me turning into a harsh critic, one has to upvote the work did by the BCCI to conduct a...