You may take the West Indies lightly in ODIs and Tests.

But doing so in T20Is can be unhealthy for bowlers’ economy rates and not so great for the team morale.

We know what happened to England in 2016 at the Eden Gardens.

In recent times, India couldn’t deflate the Windies despite playing at home.

In fact, earlier this year, Sri Lanka learnt a thing or two about colliding with a powerful unit comprising Pollard, Cottrell, Pooran, Lewis, and Russell.

This is when Gayle and Narine weren’t playing.

The West Indies have done to the T20s what Dale Steyn did to fast bowling, what Bumrah does to opponents in the death overs.

Imagining the game’s most entertaining format minus the West Indies, if you think about it, is akin to seeing De Villiers without that 360-range.

But it also seems there’s something amiss surrounding the West Indies in a format where they’re a “giant.”

Are we absolutely sure the entertainment value and thrill the West Indies is exclusive only to the men’s team?

What about the West Indies women’s side?

Today, when you scroll through the West Indies women’s line-up, you are struck by many fluent hitters of the white ball.

Yet, there’s but one name that stands out.

The more you say, the less it is for someone who always goes the extra yard for saving her team.

But can the future of this prominent side rest only on Stafanie Taylor?

Frankly speaking, the current dynamics of the Windies Women are changing.

Merissa Aguilleira is no longer around. The dangerous Deandra Dottin seems to be wielding a blunt blade of sorts, ever since her comeback.

Taylor cannot always score for the team- can she?

Thus, a lot has come to rest on the young shoulders of Hayley Matthews.

Few batters seem so brilliant and unstoppable when they get going as Hayley Matthews.

And it was exactly a year back, on this very day, that Hayley did something remarkable that perhaps explains why she’s so banked upon.

It was the 3rd and final T20 against Ireland. West Indies were all set to bat first at Dublin.

Having won the previous two games this could’ve probably meant a fun day in the field for the girls.

But when it comes to batting and scoring runs, it becomes serious business for Hayley Matthews, who responded brilliantly.

On a lush green outfield and a batting-friendly surface, the one thing you expected was for runs to come in aplenty.

That’s pretty much what transpired as Matthews occupied the crease for 10.2 overs.

Never before had she hit a hundred in the format. And not since has any West Indian woman struck a hundred as fluent as the Barbadian‘s.

A stroke-filled 107 came at the expense of Irish bowlers being plummeted to all sides of Dublin’s Pembroke Cricket Club.

Though make no mistake.

It wasn’t carnage from ball one.

In the first half of her inning, she appeared calm, never seeming in any hurry to score. It took her 39 balls to score 41. But she’d fire not collect her next 66 off just 23 balls.

That’s nearly 3 runs off every ball.

Could this have been any easy?

Ireland were led by Kim Garth, arguably among the best medium-pacers in the game.

They had other medium pacers in their ranks.

Lara Maritz was most expensive, conceding 41 off 4 while young Celeste Raack went for 8.6, leg-break bowler (26 off 3 overs).

There’s not an awful lot you can do when an in-form West Indian breaks lose.

In striking 9 mighty sixes – a record in the women’s game- and 7 fours, she pretty much stood and delivered.

The kind of stuff you’ve seen Gayle do, time and again. The kind of batting that would elicit a smile from Andre Russell.

The kind of stuff Hayley Matthews had done a couple of years earlier too, against South Africa, though in the ODIs.

In a contest where Ireland were expected to play for pride and prevent the disparaging whitewash, Hayley Matthews appeared as a de-facto ruler.

The bat in her hand seeming the sword. The customary wristy strokes on the legs were just as beautiful as the deadly shots smoked to the cover and point region.

Who could’ve been more impactful than the determined Bajan who powered 107 of her team’s 188 runs, also the highest Windies women have scored in Ireland.

In all honesty, it wasn’t that Matthews’ was the only promising score on not such a rosy day for the Irish.

But it was the dessert to Hayley Matthews’ full meal; one that Ireland ingested to dangerous effect.

As it is there’s little you can do when a lanky hitter powers a maximum on the front foot. And when on other occasions, treats anything bowled short with absolute disdain.

It’s a shame that someone like Tony Cozier isn’t around today.

He would’ve surely done justice in exclaiming in that gin-soaked voice, “magnificent shot by Hayley!”

And tell you what, there were far too many strokes on that occasion where we could’ve been treated to some music for the ears.

Just as there are hopefully several years on Matthews’s side that can take the Windies women to forge a new chapter.

That’s because Matthews, a prodigious talent, who was just 5 when she first held a cricket bat, is all of 22.

And the way she’s going, it seems it may not take all that long before they’ll all “remember her name!” 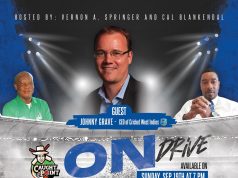 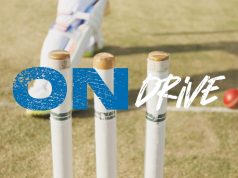 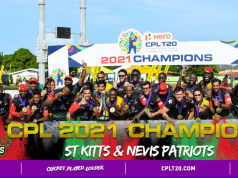 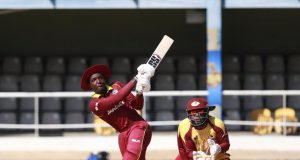