In a sport known to thrill endlessly, can one imagine the game without Pakistan?

It was Shaiza and Sharmeen Khan who first introduced Women’s Cricket to the nation way back in 1996. After having a lot of hiccups, they first tasted victory in 2001 against the Netherlands.

From that point on, Pakistan women’s national team have never looked back and worked continuously to become one of the top forces in the sport.

There’s some way to go but their efforts and results are for all to see.

Back then, in 2001, they won the seven-match ODIs by 4-3. But their successes aren’t alone in the 50-over format. They’ve made a place in the shortest form too.

We’re thrilled at doing some interesting rewind for you.

It was a 4-match T20I series in 2011 where the mighty West Indies have already registered convincing win in the first two games. Despite being short on confidence, they bounced back to level the series.

Pakistan won the third game by five wickets with 15 balls to spare. Asked to bat first, West Indies lost Juliana Nero for a duck. However, Stafanie Taylor ensured the innings had momentum with a 48 off as many deliveries before she had to retire hurt with the score at 91. Later, it was Shanel Daley’s quickfire cameo at the end that took the side to 115.

Daley left an impact with the ball as well, claiming two wickets as Pakistan started struggling at 32 for 4. However, Javeria Khan and Bishmah Maroof stitched an 83-run partnership where Javeria took the onus, scoring 37 from 32 balls, before getting stumped with the scores tied.

Maroof, on the other hand, remained unbeaten on 43 and took her side home.

What can anyone expect from a game of arch-rivals that too between Pakistan and India? Nail-biting stuff, right?

In a group match of the 2012 World T20, a low-scoring yet nail-biting game ensued.

Pakistan headed home with a victory but with the smallest of margins against India. India required four off the final delivery.

Niranjana Nagarajan was run out attempting the third run to tie the game.

Pakistan chose to bat first but only three players reached double figures. Sana Mir‘s 26 and Nain Abidi‘s 25 had laid the foundation alongside Asmavia Iqbal’s 10. Apart from them, others failed to contribute much as Pakistan ended up scoring 98. Rasanara Parwin, Jhulan Goswami, and Anuja Patil returned with 2 wickets each for India.

Moreover, for India, it didn’t seem too out of hand given they had batting stalwart Mithali Raj, Harmanpreet Kaur, Punam Raut in the ranks.

Well, they failed to reach the target.

India also struggled for a partnership where Jhulan Goswami was the highest scorer with a 24-ball 21. Although she looked to guide the team to a victory, she got out when 16 were needed from 10 deliveries.

However, Niranjana Nagarajan hit the first ball for a boundary and ensured a target of four off the final ball but it proved far from them as Pakistan registered a nail-biting win by 1 run.

Notably, this was their first win against India.

Pakistan registered their first victory over England in any form with a nerve-racking one-run win in the second T20I at Loughborough. Having a below-par total in front of mighty England, no one would have thought of a win. However, Arran Brindle failed to steer England home when 13 runs were needed off the last over.

Brindle came to bat at No. 8, adding 39 in 34 deliveries with Jenny Gunn, before Bismah Maroof dismissed the latter. Gunn’s departure brought England captain Charlotte Edwards to the middle, but she could only manage 2 before being dismissed in the penultimate over.

Sana Mir, the then-captain, did the unthinkable.

She handed over the ball to relatively inexperienced Bismah Maroof to bowl the final over. Maroof, despite getting hit for a six off Brindle, didn’t let her captain down.

With three needed to win off the last delivery, she was run out while coming back for a second.

However, the damage had been done earlier by Sumaiya Siddiqi and Sadia Yousuf, as England slipped from 28 for 0 to 52 for 6 in 6.1 overs.

Earlier in the game, Pakistan managed 115 where Nain Abidi was the highest scorer with 45 before she fell in the 18th over. However, Mir continued to add runs and remained unbeaten at 31, and they successfully defend the total as well.

The first win is always special for any team against their arch-rival. How about the second if that comes after a nail-biting game and that too on the opponent’s home soil and against the arch-rival?

It was a day-night match of ICC Women’s T20 World Cup where India managed to put up 98 on board. While both Smriti Mandhana and Vanitha VR failed to contribute and Mithali Raj and Harmanpreet Kaur scored each 16 at the top, it was Veda Krishnamurthy whose quickfire batting gave hope of a big score.

However, Sana Mir made sure Veda didn’t score much and she got out for 24 off 19. Later, Jhulan Goswami’s 14 and Shikha Pandey’s 10 helped them reach near 100.

However, it became a rain-hit game in the second innings and the target became 76 in 16 overs. While the openers Nahida Khan and Sidra Ameen scored 16 and 26 respectively, their middle-order crumbled under pressure as the innings proceeded. However, some loose bowling in the Powerplay made all the difference in the end and Pakistan won by 2 runs (D/L method).

Since the inaugural to 2018, the T20 format has seen a lot of changes. While the pace of the game has increased, it has become usual to chase more than 150 in 20 overs too

However, another of Pakistan’s memorable victories was against Sri Lanka that came by 1 wicket.

Pakistan held their nerves while chasing. Cruising at 89 for 3 in 12 overs while chasing 130, they lost six for 38 courtesy Sugandika Kumari, who picked up three wickets, including Javeria Khan after she hit the fastest T20I fifty (52 off 36) for a Pakistan.

Alongside her, Bismah Maroof helped to build the partnership early in the innings with a 31-ball 42. Although they were near the target, they kept losing wickets at regular intervals. In the end, No. 11 batter Ghulam Fatima, on her T20I debut, hit the penultimate ball for a boundary and helped Pakistan record their highest chase in the T20 format.

Meanwhile, Sri Lanka left no stone unturned as Anushka Sanjeewani scored maiden T20 half-century, hitting eight fours in her 58-ball 61. However, they reduced to 38 for 5 in the ninth over courtesy Sana Mir and Diana Baig, picking up four of those wickets to keep the pressure on.

Later, she found support in Nilakshi de Silva, whose unbeaten 34-ball 35 in their 84-run stand off just 11.5 overs helped Sri Lanka bounced back in the game and put up 129.

But one wonders, what might happen in the near future given tense contests and Pakistan’s proclivity to make something special in thrilling contests. Can that form continue? 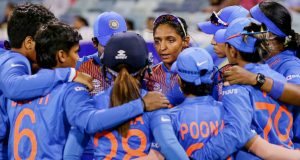 Shruti Banerjee - July 1, 2020
0
While Women's Cricket has taken a leap since the 2017 ICC Cricket World Cup, many changes have been witnessed as well. Changes in rules...