If only good looks would give you a certificate for being great, then Shane Watson would have scored 10 on 10.

Not only that; here was a big-hitting, fast-scoring, exhilarating stroke-maker and a useful bowler who, more often than not, contributed from both ends to his team’s cause.

So much so that he braved a career fraught by exhausting injuries and kept up the fight for Australia. Boy, won’t that make Shane Watson a lottery for any team?

Maybe explains why he was so in demand, copped by CSK, and before KKR in the IPL and sought-after by dashing T20 leagues around the world who knew he had in him a matchwinner but also a star who could fill stadia.

On his part, two Allan Border medals, featuring in a squad that won the ODI World Cup in 2007 and 2015, finding a place in six T20 world cups and bagging a player of the tournament in 2012, Shane Watson presided over a career where thankfully set-backs owing to a vulnerable frame weren’t the only talking points.

Twice, he was named player of the tournament in the Indian premier league (2008 and 2013). But what catches your eye about the passionate trier from Ipswich is that he always remained grounded. A testimony to Shane Watson always believing in cricket doing the talking for him.

Even though with 59 Tests against his name, it’s no secret that Watson has always been more prolific in the white-ball formats, wherein he amassed 5757 runs in 190 games at an average of 40.54.

While it’s his big biceps and the unquestionable authority with which he pulled and hooked that commands attention, credit must be given to Shane Watson for maintaining an average that is north of 40, despite playing what can be called physically demanding cricket for over a decade.

His 168 ODI wickets at an economy of under 5 suggest why he was so naturally considered the next big if not the best all-rounder in a list whose table-topper was the great Jacques Kallis.

Not that in someone like Albie Morkel who’d pound big sixes when he’d rushed in from a full spell earlier, there weren’t others. Well, that’s if you forget a usual mention among the effective all-rounder lot was Watto’s compatriot Andrew Symonds too.

But for his all-format adaptability and usual love for the grind, you thought of Shane Watson as the man you’d want to pilot your ship if ever caught amid testing waters.

He did long before what Ben Stokes is doing now; showing how all-rounders have such a big stake in the sport which often unfairly belongs to batters. Think the mighty athleticism.

Even in his very last international appearance, wherein Kohli’s special blitz made Australia’s challenging ask of 161 too easy in the end, Shane Watson was doing it all; taking diving catches, capturing key wickets. Lest it is forgotten, it were he not Hazlewood or Faulkner who got Rohit, and later, Raina.

A timely 18 off just 16 had been struck when Australia needed vital runs the most.

In doing all of it, Shane Watson was considered one of premier white-ball all-rounders to have played from his generation. Being the only centurion after Aron Finch in T20s for Australia just enforced the very point that good was he in ODIs.

Even though, Watson made his international debut way back in 2002 against South Africa, it was the Inaugural season of Indian premier league in 2008, which turned out to be a stepping stone through which Watson garnered attention from his national selectors who gave him a long rope after that.

The confidence showed by the selectors helped Watson churning out consistent performances for Australia along with delivering a man of the tournament performance in Champions Trophy the following year.

With back-to-back hundreds in the semi-final and the final, Shane Watson was here to stay.

Watson’s other individual brilliance came to the fore when he smashed an unbeaten 185 from 96 balls against Bangladesh in 2011. The lucky ones who watched that innings live were treated with a batting display like never before.

Be it his, back to back Test five-wicket hauls against Pakistan in 2010, or a patient hundred on a dust bowl in Mohali in the same year, or his almost flawless innings of 176 against England at the Oval in 2013 and his run a ball century against the visiting English team in Perth just a few months later were proof enough of Watson proving his mettle as a dependable allrounder even in the longer format.

In 2013, Watson became Australia’s 44th Test captain when he led the team to a three-day loss in Delhi in place of the injured Michael Clarke. It completed a hectic couple of weeks for Watson, who was suspended from the previous Test in the homework saga and had also flown home for the birth of his child.

He relinquished the vice-captaincy after that tour and played for another 2 years before being dropped during the 2015 Ashes, after which he announced his retirement from Test cricket.

As intimidating his presence may be, Watson has been probably one of the most injury-prone cricketers which eventually led him to call time on his international career in 2016. Although, the then 34-year-old continued to concentrate on just training himself for the T20 leagues around the world.

Along with the Indian Premier League, Shane Watson has featured in his country’s Big Bash League, Caribbean premier league, Pakistan super league as well as the T10 league in UAE since retirement.

Despite injuries being his Achilles Heel, it’s almost inspiring the amount of cricket that Watson played, representing Australia in 307 matches across formats and appearing in over 700 games including domestic contests, scoring over 25,000 runs, claiming over 600 wickets.

With Watson bidding goodbye to his Big Bash career last year, his presence for a couple of months every year in the Indian premier league kept him on the toes. With numbers like 3575 runs in 130 IPL innings, striking at almost 140, and with 92 IPL wickets to his credit at an economy of less then 8, his IPL team Chennai Super Kings will not let the 39-year-old leave anytime soon either.

But in the case of Shane Robert Watson, his legacy has been his refusal to throw in the towel.

Despite recurrences of back stress fractures, calf problems, hip complaints, and when not, then hamstring strains, a dislocated shoulder, Shane Watson’s heroism stems from the fact he didn’t give up when he could have.

A man who ignored gruelling pain and contested with pride for representing Australia.

The one whose passion powered him to take long leaps in a game where quitting often comes easy. 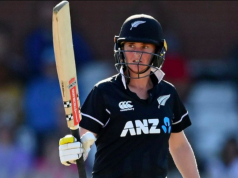 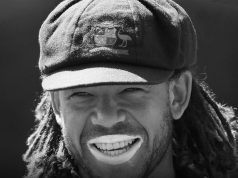 Andrew Symonds: The Aussie Who Bejeweled A Bastion Of Excellence In His Own Inimitable Way! 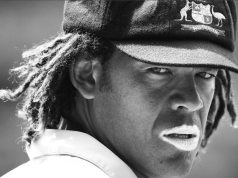 Andrew Symonds – The Fearless Cricketer Who Lived Life On His Terms! 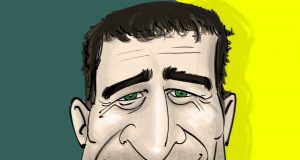 Why Michael Bevan Matters And Why He Always Will?

Dev Tyagi - May 8, 2020
0
Cricket likes a good nickname. Probably one of those things that won't change. In an era so dependable on alter-egos, where superheroes stroke our imagination sub-consciously,...