A feature that often dominates dinner-table discussions and finds a place in family reunions is the subject of one’s family tree.

Where did it all begin? Who are our forefathers?

In some ways, the story of Indian cricket- a fearsome force in ODIs- warrants a throwback to the efforts of those who paved way for its rise.

Yes, those who gave it a direction and proved winning big was possible.

But as it often happens, we remember the finished product.

What about the raw materials?

In that regard, to understand the rise of Indian Cricket, it’s vital to visit the year where it went big and reflect on that effort that spurred a turnaround.

Up to this point, the dominant image that captures the 1983 World Cup triumph, is Kapil Dev pop opening the champagne bottle at the picturesque Lord’s balcony in the company of his mates.

But truth be told, 7 days back, Kapil Dev found himself staring at dismay.

Let there be no confusion that on 18 June, 1983, it wasn’t at all easy for Kapil Dev’s team as they took on Zimbabwe entering the contest at the back of winning 2 and losing as many games.

A win here would strengthen their claim for the semis.

But was it possible with Kapil Dev staring at desperate circumstances?

As the famous all-rounder walked into the Tunbridge Wells’ crease, the scoreboard read 4 for 9.

To him, it may have read like a very economical spell by a bowler on a dismissive pitch.

Moreover, that Kapil Dev elected to bat may have seemed some weird doomsday theory where one decides to jump into a pit of fire.

But instead of letting himself get consumed by the pressure, Kapil Dev put up a fight.

The kind of fight today’s generations have witnessed in India’s great bounce back against England of January 2017.

The modern sport has seen something similar in Yuvraj and Dhoni’s 257-run stand, at Cuttack, wherein the duo played out of their skin to bail India out, the team tottering at 3-25.

To much luck, Dhoni still had Yuvraj when his lofty six got India their second World Cup glory, at Bombay.

But who did Kapil Dev have back then?

It’s easy to bat with a Gavaskar, Srikanth, or Amarnath alongside; ups your confidence.

Takes care of the scoring.

More so in a World Cup contest.

But always unfortunate and uninspiring to see them sitting dismissed in the balcony, their eyes fixated upon you, wanting you to play the savior.

So when Kapil Dev decided to tick around the scoreboard, opting for 1s and the occasional 2s, there was a fraction of gladness to see someone was able to put bat to ball.

The tall right-hander was just about settling in when India lost their fifth.

From that point on, what’s attained a mythical proportion for his sheer single-minded determination is Kapil Dev taking the team from 17 for 5 to his 175.

Lest it is forgotten, the repair work and road to a towering total- 268 were back in the day, big runs- required Kapil Dev to negotiate two bowlers who eventually ended with 852 first-class wickets, Kevin Curran alone accounting for 605 dismissals in his short-lived career.

But that afternoon, the ball was moving and Zimbabwe unleashed both right-arm medium pacers on India as if someone uncaged a bull.

Though, cautious and methodical in his rebuilding approach, Kapil Dev was particularly careful of Rawson, the Suffolk-born’s economy in the game reading 3.9 from 12.

He left anything around off stump and when a third pacer Iain Butchart -12 overs, 38 runs- was introduced, decided to play more defensively.

The odd boundary came off the spin of Fletcher and when fast bowlers pitched one too short. Not a batsman who could be kept quiet for too long, the alert Kapil Dev would not waste any opportunity at giving it back past the bowler or when exploring the outfield.

But how thankful might he have been for a 60-run stand with Roger Binny?

The great escape may not have been possible had the duo not cautiously denied a spell of immaculate bowling, where more often than not, the medium pacers seemed more in control than the batters.

But when Binny fell to Traicos’ off-spin, India still at 78, there were hopes that Ravi Shastri would differ Zimbabweans slaying India.

Though, that hope was short-lived.

Then, when in-walked Madan Lal, one of the toughest fighters on his day, Kapil Dev changed his stance gradually. No longer was he looking to just slow things down; as the odd boundary would accompany frequent singles against both pace and spin.

The scoreboard was moving again. Madan Lal’s solid defense and measured rotation of strike gave all the opportunity to Kapil Dev to script something special.

By then BBC’s worry, that the match may not even reach half-time was over.

India had a new alignment in the middle.

The Zimbabwean bowlers couldn’t get much besides some dot balls.

By the time Rawson and Curran had been taken off by Fletcher, who brought himself in, a decision still touted as a tactical mistake, Kapil Dev was well settled. He had, by then, begun utilizing a short boundary square of the wicket.

The duo would hurry for a two and take a few threes too, this stand paving way for a recovery desperately sought.

Later Kapil Dev was joined in by Syed Kirmani along with whom, he’d enjoy a 126-run stand, but he’d by then turn into a disruptor having seen Zimbabwe hold the edge through constant wickets.

But as they say, you come into your own when there’s nothing more to lose.

So what followed from the point of his fifty to his mesmerizing 175 was a flurry of sixes, the basic application of using the depth of the crease, and taking the attack to the oppressor.

A very Viv Richards-like counterattack that you’d expect from a batsman of high class.

Up until his nineties, there was no lofted stroke whatsoever.

But when there came a chance during his Nineties, Kapil Dev had struck it well enough for Grant Paterson to miss it on the boundary ropes.

Then, upon reaching a century, Kapil Dev called for a new bat, one shaped like a baseball like structure with which he’d whip the very duo that had initially terrorized India.

Rawson and Curran were thudded fiercely all around the park in conjuring a magnificent and defiant 175, which took the great Indian no more than 138 deliveries.

But the groundwork for a brutal ending was laid when he’d launch into a 72-ball-century.

This first-ever century an Indian in an ODI would lay the strong foundation of self-belief that honestly describes India’s game today.

While Gavaskar would fire a ton four years later, and Sachin would notch up the next not before 1996, Kapil Dev’s valiance finds mention whenever one speaks of India’s prominence in ’83; a time where such a stunning feat was simply regarded as ‘inconceivable.’ 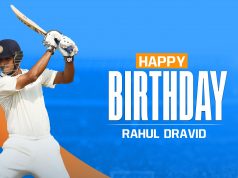 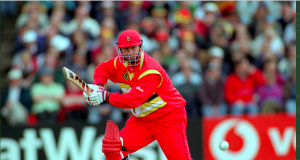 Pranay Rangra - September 23, 2020
0
There are few marvels in the world as beautiful as the Victoria falls in Zimbabwe. Similarly, there are few cricketers who are committed to furthering...