Amid the critical situation owing to the global pandemic novel coronavirus, a question that made headlines whether this year’s Indian Premier League (IPL) would take place or not. The cash-rich league was earlier scheduled to take place from March 29 but got postponed until April 15.

From that point on, there’ve only been unprecedented delays with many suggesting the famous league may not happen at all.

So far, the BCCI are yet to take a call on its future.

Meanwhile, before taking a call on this league, another call is awaiting over the upcoming ICC T20 World Cup which is scheduled to take place in Australia during October-November. While Cricket Australia nearly revealed that this marquee event will be postponed, the ICC is yet to decide.

However, the postponement of the mega event will open the window for the 13th edition of Indian Premier League. But the BCCI is fed up of waiting for the ICC to decide the fate ICC T20 World Cup 2020 and they have decided to start planning for the rest of the year.

A report in Times of India suggested they are eyeing for a tentative window for the Indian Premier League 2020, irrespective of ICC’s decision on the T20 World Cup. Moreover, Treasurer Arun Dhumal confirmed the news as well.

“The year started on a horrible note and there’s been no relief on any front. But as time goes by, we need to take things head-on and ensure that we remain prepared for any eventuality. Cricket is no different. It is time for the BCCI to start planning for the year ahead,” Dhumal told Times of India.

Now, the question arises why the domestic league will get the priority over an international series if the ICC gives the judgement in their favour?

Indian Premier League is one of the cash-rich leagues which not only help to generate money for boards but also help the players. This league has always supported players monetary, given the fame and platform to showcase their talents and tried to become the bridge between the domestic and international level.

While this league can reduce the loss of the board which happened because of the postponement of the sporting events, to host this league in India this year is still a question. Although the situation is slowly getting better in many places in the world and England are all set to play their first international series, India are still not safe to host a league like this.

As they say, if there is a will, there is one way.

If not in India, the IPL can be played in any other places in the world. And, alongside UAE and Sri Lanka, New Zealand too offered to host the tournament in case the billion-dollar league can’t be held in India owing to rising cases of coronavirus.

Although the board’s first choice is home, that is looking blur with India having the third-largest caseload of coronavirus cases behind Brazil and the USA.

However, the board hasn’t decided anything yet.

Notably, the 2009 edition was played in South Africa due to the general election in India and partially in the UAE in 2014 due to the same reason. However in 2019, despite elections, the BCCI managed to schedule the league in India only.

But that raises a few more doubts too.

While Sri Lanka is a cost-effective option, New Zealand became the first country to be free from COVID-19.

But, with New Zealand, there is a time difference of seven and a half hour. Even if the game starts at 12:30 pm in the afternoon, people will miss the action because of their office work (even those who work from home now).

Moreover, apart from Hamilton and Auckland, which can be travelled by road, other places like Wellington, Christchurch, Napier or Dunedin will need air travel.

While these are yet to be discussed by the officials, another matter that came in the limelight was the Chinese sponsorship deals in the IPL. The board has a five-deal deal for IPL title rights with Vivo, fetching it Rs 440 crore annually till 2022. Even Paytm are also involved in the IPL.

Only time can tell where and what tournament will take place later this year but for the fans, nothing’s as important as the resumption of cricket. And while everyone has their favourites- England due to take on the West Indies in the next few hours- few sights are as thrilling as seeing T20. Right? 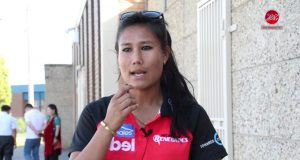 Dev Tyagi - May 29, 2017
1
Cricket’s been kind to the menfolk. Let’s not even get there. Right ladies? With due regard to Cricket’s mighty hitters, timber crushers and those who do...