Every South African cricketer has a dream of making a mark against their fierce rivals Australia but few accomplish it.

Such is the depth of Australian cricket, but when the Proteas do come on top it’s a moment to treasure.

One such Protea, who has managed to consistently get under the skin of the Australians is the Mdingi born Makhaya Ntini.

Mdingi is a small village in the Cape Province.

It was the summer of 2005 and the Proteas were on a tour down under with the first test at the famous WACA ground in Perth.

Australia batted first and Makhaya Ntini was on song, dismissing Mathew Hayden, Justin Langer, Mike Hussey, Brad Hodge and Adam Gilchrist in his fifer and the Kangaroos were bowled over for a paltry 258. Well, the famed batting line up of Australia had faltered.

South Africa’s reply was better with a 296.

To the Proteas dismay, the match, unfortunately, ended in a draw with time running out when both teams put a better batting performance in the second innings.

However, for a South African cricket faithful, the bigger news was a Protea quick, other than the great Shaun Pollock was making headlines, rattling the Australians.

History repeated itself, this time in Newlands, Cape Town when the Australians had toured the southern tip of Africa for a 3 Test and 5 match ODI series and the game in question was the 2nd ODI.

Australia’s reply was just 93. Can you believe it?

Well yet again, the perpetrator was none other than Makhaya Ntini with his 6 for 22, which became the best ODI bowling figures by a South African.

What’s more, the famed batting line up of the Australians had again surrendered to the pace and skill of Ntini.

With performances like these, Makhaya went on to establish himself as a leading fast bowler not only in South Africa but in world cricket.

In his former playing years, his opening partnership with Shaun Pollock was one of the most destructive in cricketing circles and as he matured, he became a mentor to the then-upcoming duo of Dale Steyn and Morne Morkel who would later go on to become Protea legends in their own right.

Starting with bowling barefoot in Mdingi to getting a break in the Proteas team in 1998, Makhaya’s journey as the first black cricketer to represent this beautiful country has had its share of ups and downs.

As they say, what doesn’t kill you makes you stronger and that is what Ntini witnessed in 1999, when he suffered an early setback in his career, being charged and convicted of rape.

Ntini maintained his innocence and was finally acquitted of all charges.

He returned to the South African team in 2000 and never looked back.

In 2003, he became the first South African to take 10 wickets at the prestigious Lords.

Though his best performance came in a Test against West Indies in Port of Spain, where he took a match haul of 13 wickets, which to date remains the highest number of wickets taken by a South African in a Test match.

390 Test wickets and 260 ODI wickets are a testament to the skill and ability this great man has and now with his son Thando Ntini, a speedster like his father, making his mark in domestic circles, one can surely say it runs in the blood.

What’s more, Makhaya is pursuing his passion for this beautiful game off the field too, with his commentary exploits at SuperSport, South Africa’s leading sports broadcaster.

Truth be told, with a country still reeling from the ills of apartheid, a man with humble beginnings making it this big in world cricket truly shows if one has the will and determination to succeed, failing is never an option.

To the African warrior, we wish you a happy 43rd. 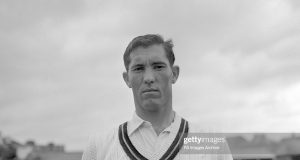 Dev Tyagi - June 6, 2021
0
There's hardly an irony that the province of Transvaal in South Africa is specifically recognised for its large deposits of gold. Not to forget...