The Indian premier league started its journey about 13 years ago with eight exciting teams that had superstars all the way. Little did we know only a handful of teams would go on to become successful franchises and the rest would stutter.

Though, through it all, one team that has struggled to make a mark in the checkered Premier League is Kings XI Punjab. They have qualified for playoffs in only two of the 12 seasons that have happened so far.

This is the least by any team that has played more than three seasons of IPL.

They were really unlucky to miss out on the playoffs opportunity in the 2012 edition where 9 teams participated in which they finished with 8 wins but missed the playoffs bus due to NRR. The next season, which was again a 9 team tournament, saw KXIP with 8 wins in the points table but that season was a highly competitive one as the 4th placed team in SRH had 10 wins which meant that Kings XI were two victories shy to qualify for the playoffs.

Kings XI Punjab’s best season by far was under another Australian in George Bailey who took them to their first-ever finals in 7 years in the 2014 edition of IPL. They finished the league stage with only 3 losses and entered the finals after thrashing MS Dhoni-led Chennai Super Kings in the qualifier 2 before losing to the then one-time champions, KKR.

It was expected that George Bailey would carry on his good captaincy record in the 2015 edition after leading them to the finals in the previous year but everything started to go south for the franchise from the 8th It turned out to be a disastrous one for them as they finished at 8th place with only 3 wins.

Punjab ended up with another middling season with 7 wins securing the 5th spot under the captaincy of Glenn Maxwell in 2017. The South African veteran, Hashim Amla was their leading run-getter with 420 runs in 10 games.

The franchise underwent another makeover and gave a completely new look to the team in the 11th edition. The captain of the team, Ravichandran Ashwin‘s ‘different horses for different courses’ tactic was criticized by many. They started the 2018 edition of IPL with a bang as they won 5 games from their first 6 outings before entering a losing streak where they lost 7 matches out of their last 8 games and settled at 7th Although, the arrival of KL Rahul to the franchise was a big relief as they finally found a reliable Indian batsman who could score runs consistently for them. Aussie quick, Andre Tye finished with 24 wickets in that season and ended as the purple cap holder.

The last season was again a two-man show where KL Rahul and Chris Gayle were carrying their batting department throughout the 14 games. Both the openers were in the top 6 run-getters for that season and the next best from Punjab was hiding in the 26th position in the list in the form of Mayank Agarwal. They eventually finished the season with 6 wins and ended up as the 3rd worst team of the competition.

What went wrong for them over the years?

The first and foremost thing that a successful team at the franchise level should focus on is building up a core group of players who could serve well for a longer period of time. The management never focused on building a solid core of Indian players right from the beginning.

The lack of a reliable Indian middle-order batsman took a heavy toll on them and to date, they haven’t got one. With all the glitz and glamour the foreign players bring to the table, the tournament is always focused on Indian players, and the contribution of the local talent weighs more than the foreign players in the longer run. They have always come across as a team that is dependent on foreign players.

Half the battle is won at the auction table and some successful teams like CSK and MI know what they are doing on judgment day where they pick players according to their needs instead of going all-out for some for nothing. The Kings XI were always below par in all the auctions so far except for the last one where they really got what they wanted.

Having said that, it is easier said than done. The franchise didn’t have many reliable players whom they could have entrusted the responsibility for a longer period all at once. For instance, superstar Yuvraj Singh never lit the IPL with his bat unlike his performances for his country in international T20Is so the franchise had to release him after the first 3 seasons.

They had Kumar Sangakkara, Mahela Jayawardene, Adam Gilchrist, and David Hussey as captains for the seasons from 2009 to 2013 who were all towards the end of their career.

When the captaincy was handed over to George Bailey in 2014, he did the impossible and almost won them a trophy before going down in the finals.

But disappointment followed a year later and Bailey was replaced.

They finally gave the captaincy to a young and loyal player for Kings XI in David Miller at the start of the 9th edition but Miller was never comfortably leading aside.

The experiment failed even before it started as Miller was sacked from captaincy after just 6 games. The tragedy continued in the 10th edition as well when they asked Glenn Maxwell to captain the side who didn’t do justice to the role.

It was all expected that Kings XI would finally break the jinx at the start of 2018 when they assembled a decent squad that had all bases covered with Ashwin being designated as the captain of the team who has a smart cricketing brain but he proved to be too smart as he failed to take Kings XI to the playoffs even after winning 5 matches from their first 6 games of the tournament. He constantly kept chopping and changing the side that didn’t augur well and eventually, they secured the 7th place in that edition.

The management persisted with Ashwin for the 2nd season in a row in 2019 but again his captaincy didn’t click big time. The fact that he benched one of the hot-selling cakes in franchise cricket in Nicholas Pooran for half of the tournament even after having a fragile middle order is something that was hard to understand.

One thing that can be said is that they lacked a long term vision which affected them big time and that is one of the main reasons for their unsuccessful campaign time and again.

With taskmaster Anil Kumble at the helm, they have managed to assemble a near-perfect squad with a good blend of youth and experience. They did the right thing by handing over the captaincy to India’s newest wicket-keeper in the white-ball cricket, KL Rahul.

They managed to get Chris Jordan who is a reputed T20 specialist in this year’s auction who should form a decent death bowling pair with Mohammad Shami. They also will get the services of Ishan Porel, the Bengal pacer who had a brilliant 1 and a half years at the domestic and List A level. They have a good core group from the Karnataka team who were so dominant in all the domestic tournaments last year. The likes of Mayank Agarwal, Karun Nair, and Krishnappa Gowtham who are all based out of Karnataka are in good form that should augur well for them.

They have once again bought Glenn Maxwell who has been nothing but a disappointment in the IPL except for the 2014 season. If Maxwell plays to his potential, there is no stopping Kings XI middle order as they already have the Caribbean superstar in Nicholas Pooran.

They have gathered all the missing pieces and with an exciting captain-coach combination of KL Rahul and Anil Kumble, it’s only a matter of time before things fall into place. For once, they will be trying to go all the way through in the world’s most competitive league. 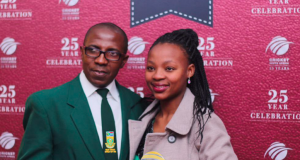 Dev Tyagi - October 6, 2018
0
They say to play well; one needs to align mind, body, and spirit. But there's also an element to Cricket without which one can't...