Probably one of the greatest Test innings ever played, Ben Stokes’ stood up for his team when they needed him the most and his heroic century helped England level the Ashes and keep it alive. Australia were crestfallen and had no idea what had hit them. But they couldn’t do anything to stop the phenomena that were Ben Stokes that day.

Australia were 1-0 up in the Ashes going into the third Test at Headingley. Batting first, Australia lost two quick wickets in the form of Marcus Harris and Usman Khawaja. But then came together two of Australia’s most consistent batsmen in Steve Smith and David Warner. The duo added 111 runs for the third wicket in which Warner brought up his first fifty of what was a forgetful tour so far.

At 2-136, Australia seemed to be in a good position. But once Warner lost his wicket, the wickets started to fall at regular intervals. Within no time, Australia were bowled out for just 179. Jofra Archer was the pick of the England bowlers with figures of 6-45.

England now had a great chance to build a strong first-innings lead by batting properly. But they could not grab the opportunity and in fact, Australia were able to trigger a colossal England collapse. England were bowled out for just 67, handing Australia a more than handy lead of 112. No England batsman was able to withstand the constant pressure of the Australian bowlers. Josh Hazlewood was the pick of the Australian bowlers with figures of 5-30.

Marnus Labuschagne had come in as a concussion substitute for Steve Smith and had an instant impact. He scored 80 crucial runs as Australia were bowled out for 246 in their second innings. England were set a mammoth target of 359 to win the Headingley Test and keep the Ashes alive. Although it was an uphill task, England had to believe that they could chase it down.

England got off to the worst possible start, losing both their openers with the score reading just 15 runs. But skipper Joe Root and Joe Denly got together and tried to restore the England innings. Batting with caution, the duo added 126 runs for the third wicket. Joe Root scored a well made 77 while Denly supported him with a well made 50.

But Denly’s wicket followed by Root’s dismissal again put England in a spot of bother. But out walked Benjamin Stokes, who less than a couple of months ago had played a heroic inning in the World Cup Final and another heroic innings was what the team needed out of him.

Ben Stokes added 86 runs with keeper Jonny Bairstow, but Bairstow’s wicket again triggered an England collapse. Stokes kept on scoring runs from one end but was not able to get any able support from the other end.

England were 9-286 when Jack Leach came to the crease. Stokes realized that he had to throw the kitchen sink at the Australian bowlers because blocking was no more an option. Stokes kept on hitting boundaries and was lucky enough to not be given out LBW when England needed just 2 runs to win. Australia also missed a run-out of Jack Leach, which further proved that maybe it was written in the stars that another Ben Stokes special was going to win England the Test match.

Stokes scored a brilliant 135* which included 11 fours and 8 huge sixes. England won the game by 1 wicket and Stokes again proved that why he was one of the best all-rounders in the world, if not the best. 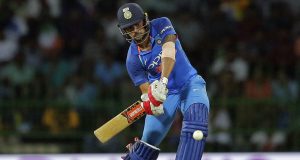