Long before one saw unbending Australian greatness in the nineties, there was a certain Eric Hollies. To this day, one of his achievements stays as less-visited in folklore as is Pakistan- as a venue-in contemporary cricket.

The batsman taking guard was none other than Sir Donald Bradman. The dictionary of Cricket. The Bible of the game. Adjectives can continue until the next morning.

The occasion was too immense for its importance to be ever repressed. It was to be the Australian’s final Test outing and those who watched anxiously were no fewer than 20,000.

Sir Don only needed to put bat-to-ball for a few repetitions to reach the three-figure mark in batting average.

Number crunchers, still remember, 4 more needed for the run tally to reach 7,000 and the average to touch hundred.

But in came Eric Hollies. It was 5.50 PM. The mild-mannered Englishman was aware Sir Don hadn’t had an answer yet to his ‘wrong’un.’

The first delivery was blocked for no run. The next, with two slips, a silly mid-off, and forward short-leg glued in, would end a career that’s worshipped even today.

The ball carrying enough flight managed to kiss the inside edge of the bat and breached the defenses of a great.

There was pin-drop silence. Even if you admired the outing as an Englishman, you were overcome by the emotions. Sir Don was out for naught, a glorious career steeped in statistical wonder was over.

For a change, a Briton lorded over an Australian in that exasperating summer.

It’s one thing to take a wicket, but completely another to deny a cult figure a landmark previously unachieved in the game.

Parallelly to Hollier, the world had seen the kangaroo-hop leg-breaks of Doug Wright, a star of the 1950 tour to Australia.

In a sport where batsmen form headline material, how does a leggie stand out?

What are the odds? Any amateur punter would suggest it to be a raw deal.

While the only exception came to be Abdul Qadir- 236 wickets from 67 Tests- no mere mortal was able to revive the fading art of leg-spin until one man turned up in 1992 akin to rain on a bright evening.

His feats, thereafter, have given the batsman-favoring game a rainbow of achievements that one cannot stop admiring.

But why do we love Shane Warne? What makes him one of a kind?

Sure he could spin a ball in a way none could. Sure he starred nearly every time his team expected. We remember the Ashes 2005. No other bowler in a series featuring Lee, McGrath, Flintoff could reach 30 wickets while Warne took 40.

We can never get enough of “That ball to Strauss” bowled at Edgbaston. Pitching well outside of his off-stump, that screamer struck the leg stump, leaving Strauss stunned.

But the reason why Shane Warne ought to be hailed even over and above the tall skyscraper of wickets he built (over a 15-year journey) probably has more to do with his personality, rather his shortcomings than his talent.

Few players have fallen to great lows in the game and yet managed a comeback.

Probably fair to say, Shane Warne’s success owes itself to his ability to make headlines for the ‘good’ having (often) contributed to the ‘bad’ and ‘ugly.’

No other cricketer- before Smith and Warner found more creative ways to court unwanted attention- took the reputation of Australian cricket to tatters other than Warne.

Does it haunt the spin-maestro that he was once involved with the bookies, offering pitch information at the peak of his career?

It’s easy to make mistakes and emerge clean again. But it really exposes the intrinsic culprit within when you resort to questionable antics again.

For all the hard work he did, eating up batsmen without much ado, often in extreme situations, such as the 2nd semi-final in ’99 against the Proteas where his 4 for 29 removed the top and middle order, Shane Warne was consumed by ungainly tactics.

Four years after spinning Australia to a memorable win in the 1999 World Cup, where he took 20 wickets at an economy of 3.8, Warne courted yet more trouble. This time, he’d find himself banned for a year having consumed diuretics.

Despite knowing he was at fault, that Shane Warne decided to appeal the ban was absurd.

For someone considered a role-model figure, here was Warne exposed: a dubious individual who didn’t think twice before resorting to the unsavory.

Warne considered it legitimate to place the blame on his mum, suggesting she advised him to go the performance-enhancement way.

Was this even the hero behind arguably the most unsung performance of the 1996 World Cup? The same stage where teammate Mark Waugh exploded with 484 runs and consecutive hundreds, and Sachin top-scored with 523 runs, Shane Warne topped the charts for a spinner with 12 wickets at an economy well under 4.

But that’s what it takes to grow an enigma, doesn’t it?

The presence of the evil lurking around in the cult of the celebrity.

There’s not one but two personalities wrapped in one that makes Warne who he is: the gifted match-winner who contributed mightily to Australia’s dominance in the ’90s and the man who gained notoriety for antics that a Dravid would never approve of.

And it’s this enigmatic good-meets-bad mold that shapes a legend whose action is still copied by everyone; whether a first-timer in a park in Islamabad or the great Dane van Niekerk.

But then Warne himself has never claimed to carry a spotless reputation, even if his notoriety didn’t end with banned substances and reached even financial irregularities connected with the ‘Shane Warne Foundation.’

Despite his whirlwind success- 708 Test and 293 ODI scalps- Warne’s maintained unmatched simplicity despite being counted as the “Big 3” beside Sachin and Lara.

“With Sachin and Brian, it was better to make them smile, count them as friends instead of winding them up on the pitch,” admitted Warne who dismissed Lara on 7 occasions out of 20, in Tests.

Though Warne’s greatness must also be aligned to his success against technically correct batsmen; the hardest to dislodge.

Warne got Cullinan 12 times in 29 Tests. A mark of a great bowler is when he gets under the skin of your technique, they say, which helps to understand Warne’s success against Dravid, a true great .

In 13 Tests against India’s famous ‘Wall‘, Warne got him out on 8 occasions.

The more daunting the opponent, the more Warne challenged himself. While the paddle-sweep mastered by Sachin helped him defy the leg-spinner, Dravid was often caught perturbed with Warne working up his magic by bowling in the rough coming around the wicket.

Yet, for all his gains, Shane Warne’s excellence in a format not really considered a ‘natural’ for stars like him convey a thing or two about his versatility.

In a format so suited for blinding hits and mega sixes, that Warne spun a web of deceit for batsmen, taking 57 IPL wickets from just 25 games tells us about the ace’s legend.

Leading a team minus big marquee players or mega budgets, the boy who’d spin batsmen out for fun in backyard cricket in his growing up years did something no Indian has ever achieved for Rajasthan Royals’ since 2008: leading the underdog to the title triumph.

There are other feathers in Warne’s illustrious hat that would make anyone envious.

No other batter, male or female, has scored as many Test runs as Warne without a single century: 3154.

His 17 man-of-the-match awards in Tests are most by any leg-break bowler in the game’s longest format. That he bowled 40,705 deliveries in Tests humbly submits his success at longevity.

That he got around to deliver 51,347 deliveries- which yielded 1001 wickets, that’s a wicket with every 50th delivery- offers a glaring hint at his genius.

Warne, therefore, was both: a man who persisted in a long journey and never called it quits.

His genius stands unbent at the highest annals which explains his legend. But that he was far from being a monk who seldom meandered also explains ‘to err is human.’

But then here’s a man who maintained, “living a life with regrets is not me.” 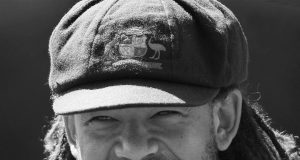