The 13th edition of Indian Premier League (IPL) is all set to feature top players from across the globe, starting from September 19 in the UAE. Along with them, IPL 2020 will witness some of the uncapped players who are likely to make the most impact as well.

Here are the uncapped players to watch out for.

India Under-19 cricketer Yashasvi Jaiswal grabbed the eyeball way back in 2015 when he scored an unbeaten 319 and claimed 13/99 in a Giles Shield match, in school cricket.

Since then, he has tasted a fair share of success as well. In recent times, he showed his ability in the U-19 World Cup where he finished the tournament as the highest run-getter. He scored a whopping 400 runs in 6 matches at an impressive average of 133.33.

However, this is not the end as he became the youngest cricketer to score a List A double-hundred when he amassed 203 runs off 154 deliveries against Jharkhand in a Vijay Hazare Trophy match.

In 13 List-A matches, the left-hander has scored three centuries and three half-centuries too and needless to say, every franchise was eyeing to have him for IPL 2020. And, Rajasthan Royals had the last laugh as they bought him for ₹2.4 Crore. In the absence of veteran Ajinkya Rahane, the young lad is expected to do well at the top of the order.

The 20-years-old youngster from Rajasthan Ravi Bishnoi was the hero in the Under-19 World Cup earlier this year and finished the tournament as the top wicket-taker as well.

His acute leg-spin has already troubled batsmen in the tournament and became one of the brightest prospects in the domestic circuit as well.

He claimed a total of 17 wickets in 6 matches at an impressive economy rate of 3.48.

Apart from bowling, he is a great fielder too. And, his skill earned him a place in the IPL 2020 auction where Kings XI Punjab (KXIP) bought him by a whopping 2 crore.

Since UAE has spin-friendly pitches, his bowling will effective in the league where he will get the chance to play under the guidance of one of the greatest ever spinner – Anil Kumble, the head coach of KXIP.

Meanwhile, the IPL rookie is the only wrist-spinner in the squad along with M Ashwin and likely to create a problem for batsmen as well.

20-year-old Karnataka boy Devdutt Padikkal certainly fits the bill. The top-order batsman in his domestic side finished as the highest run-getter in the Vijay Hazare Trophy and the Syed Mushtaq Ali T20 Trophy as well.

The left-hander amassed 580 runs in 12 Syed Mushtaq Ali Trophy matches at a strike rate of 175.75 including an unbeaten century and five 50-plus scores too. Capable of fluent drives and pull shots, this young lad had amassed 1,838 runs from 33 matches across formats in the 2019-20 season.

His breakout domestic season will give him the chance to rub the shoulders with the players like Virat Kohli and AB de Villiers in the Royal Challengers Bangalore camp. While he has warmed the benches for RCB in the last season, after having a tremendous domestic season for Karnataka, it is expected that he will make his debut in IPL as well.

The 19-year-old Uttar Pradesh youngster is already known for his fast, accurate, and ability to swing the ball in both ways. Even he made his first-class debut even before he turned 17.

Although he didn’t get the chance to play a lot of domestic cricket with the senior team since owing to injuries, he claimed 11 wickets in 6 games during the U-19 World Cup this year.

His brilliance earned him the IPL deal of Rs 1.30 crore with Rajasthan Royals. He became one of the strongest fast bowling options in the squad alongside Jofra Archer, Jaydev Unadkat, and Ben Stokes.

With his compact action and deceptive yorkers, he is expected to turn the table for his side in the UAE.

Sai Kishore’s orthodox left-arm spin has already grabbed the limelight when he picked up 20 wickets at an economy of 4.63 for Tamil Nadu in the Syed Mushtaq Ali Trophy in 2019. So far, he has claimed 48 wickets in 17 first-class games as well.

The 23-year-old was quite effective with his powerplay bowling ability during the Tamil Nadu Premier League and was bought by the Chennai Super Kings prior to the 2020 Indian Premier League.

Moreover, the veteran Harbhajan Singh’s absence in the squad will give him the chance to showcase his talent in IPL 2020. 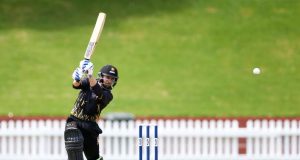 Abhishek Srivastava - November 18, 2020
0
In July of this year, former Blackcaps opener Peter Fulton touted that Will Young and Devon Conway are certainly going to be the future...