There are few marvels in the world as beautiful as the Victoria falls in Zimbabwe.

Similarly, there are few cricketers who are committed to furthering the cause of cricket in their country in every capacity possible.

Not just a player, a captain, an administrator, a selector, and a commentator.

You name it, he has done it for the love of this once beautiful breadbasket of Africa.

Alistair along with his brother Donald took to cricket at a young age thanks to their father Iain, who was a renowned junior cricket coach, also responsible for coaching a young Brendan Taylor, currently one of the best batters for Zimbabwe, if not the best.

In 1991, at the tender age of 18, Campbell was thrust into domestic first-class cricket and he reaped the rewards immediately by scoring a debut ton against a touring Glamorgan team. May I add, he was the youngest Zimbabwean to do so.

For the selectors and the coaching team alike, a new young star had arrived and he was drafted in the 1992 World Cup squad as a 19-year-old with huge expectations on his shoulders.

Well, a teenager with a mighty weight of expectation is invariably bound to struggle and Campbell was no different. He couldn’t cope against the potent attacks in World Cricket and ended up managing only a paltry 13 runs in 4 innings.

What’s more, it took him 7 innings to record his first double-digit score in ODIs.

His Test exploits though were much better, when he made a steady 45 on debut against a touring Indian team in October 1992.

Well, test cricket was about to get even better for this southpaw.

In Zimbabwe’s 1993-94 tour of Pakistan, Campbell ended up as the series highest run-getter, scoring three fifties from his five innings.

He scored 205 runs at 41 and tackled the sultans of swing, Wasim Akram and Waqar Younis, and the crafty leggie, Mushtaq Ahmed quite deftly.

The Pakistan tour gave him the much-needed confidence and he was now a regular in the side.

An ODI boost wasn’t far, when Campbell showed his first spark of brilliance by scoring an unbeaten 131 off 115 balls against Sri Lanka in an ODI at Harare in 1994. That inning contained 11 fours and four maximums as Zimbabwe won the game by a mere two runs.

By then, World Cricket had taken note of this left hander’s batting abilities and he was about to enter the next phase of his cricketing career, the captaincy of Zimbabwe.

Alistair Campbell was made captain in 1996 and owing to Zimbabwe being a minnow in World Cricket, their inbound and outbound tours were few and far between as compared to some of the more major teams.

His first taste of captaincy success came in 1998 when his team beat a strong Indian outfit boasting the likes of Tendulkar and others in a one-off test at home.

Alistair Campbell furthered this upward curve by captaining Zimbabwe to their first Test series win against a mighty Pakistan in their own backyard.

What’s more, Campbell also captained Zimbabwe to their most successful World Cup campaign in 1999, when they made the super six beating the mighty South Africans and Indians en route.

On a personal note, the 1999 World Cup team of Zimbabwe was the best that I have seen, boasting a golden generation of players, the likes of Neil Johnson an all-rounder par excellence, Murray Goodwin a steady bat, the blossoming Flower brothers Andy, and Grant, possibly the best batters ever to play for Zimbabwe and the bowling machines in Heath Streak and Henry Olonga.

At the end of the 1999 World Cup, Alistair gave up captaincy owing to personal reasons and ended up captaining Zimbabwe a massive 107 times across all formats in three years at the helm.

Alistair post captaincy continued to steadily tread along as a batter, achieving his debut test hundred against India in 2000 at Nagpur helping the Southern African nation draw that game.

The next year, he got another one against West Indies at home, but this time it wasn’t enough to save his side.

He finally hung up his boots in 2003, post the home World Cup which was jointly hosted with neighbors South Africa amassing a total of 8043 runs in 248 matches which is no mean feat.

As a player, Alistair Campbell was always one to speak his mind and in 2001 he made a few remarks about the inclusion of black players and was penalized by the board.

Speaking to Daily Telegraph, he said, “The race thing has spilled onto the field, and there hasn’t been the same commitment. The team is being torn apart. If race becomes an issue it makes things unpleasant for everybody. People want to see the best team representing their country.”

Well, this was to be the start of politics crippling cricket in this country and one would remember the black armbands that Andy Flower and Henry Olonga wore to symbolize the death of democracy in the 2003 World Cup.

Post retiring from the game, Alistair couldn’t totally switch off from the love he had for the game and took to part-time commentary, which to date he does in some of Zimbabwe’s matches.

What’s more, Alistair Campbell was also offered to be a part of the Zimbabwean coaching staff ahead of the 2007 World Cup in the Caribbean, which he declined.

Instead, he took up the post as chairman of selectors in 2009 and was instrumental in getting Zimbabwe back into Test cricket in 2011, from a self-imposed exile of 6 years.

In January 2015, Campbell was appointed as the Managing Director of Zimbabwean Cricket. He played a key role in the revival of cricket in Pakistan when Zimbabwe toured Pakistan in 2015, and it marked international cricket’s return to the Asian country after six long years.

Unfortunately, his MD run was also cut short in October 2015 when he resigned after being fed up, owing to some altercations he had with former cricketer Prosper Utseya who had labeled Campbell to support racial policies by not picking him in the 2015 World Cup squad and also propagating white coaches the likes of Heath Streak and Grant Flower.

This makes one understand how race has always played a part when it comes to sport in Zimbabwe albeit the desire to genuinely grow the game.

Personally, I think what Alistair Campbell has done as a player, captain, and administrator for Zimbabwe cricket is unparalleled and he has always had the best interests at heart for the greater good of the game in the country.

I salute the man on his 48th birthday and he truly is a Zimbabwean hero for all seasons. 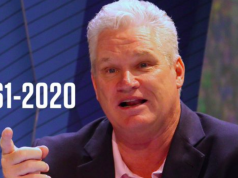 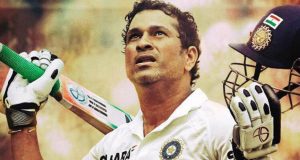 The underrated epics of Sachin Tendulkar

Abhinav Bose - April 24, 2018
0
The adulation and love for a deity stems from staunch spirituality and an essential belief in the goodness of the all-pervading force. Essentially, this...