While the entire focus is on the 2020 edition of the Indian Premier League, women’s cricket has also returned recently after more than half a year of break owing to the COVID-19 pandemic.

With England’s menacing form already evident over the West Indies in the 5-T20I series, it seems it’s only a matter of time before the hosts compete for the whitewash over Stafanie Taylor’s clueless side.

But for the avid fan of the women’s game that isn’t the only series on right now with World-champions Australia eyeing to maintain their recent winning streak against New Zealand.

Having said that, a lot is at stake for the White Ferns especially since they’re to tackle the most dominant force in white-ball women’s games. Australia have not lost to White Ferns in any format since 2017.

Moreover, ever since they claimed the Rose Bowl trophy back in early 2000, the White Ferns have failed to win it once with the mighty Aussies winning 60 of 74 ODIs during that period.

On the other hand, the visitors won a three-match series way back in February 1999. Since then, they have endured 16 defeats and a drawn campaign in 2009.

Since 2017, Australia have won five T20Is and six ODIs in a row against White Ferns, including their face-off in the T20 World Cup earlier this year where Australia registered a four-run victory.

If that doesn’t underline Australian dominance then what will?

Keeping that extraordinary feat in mind, which captain would like to face the different results?

For Australia, they will have the swashbuckling openers Alyssa Healy and Beth Mooney, placed at 259 and 236 runs respectively, in this year’s T20 World Cup – the top two batters in the list.

If they will entertain you in the opening, then there will be a strong middle order to follow as well that shall hold its own weight against an experienced Kiwi bowling attack- including Meg Lanning, Rachael Haynes, Jess Jonassen, Nicola Carey. Not to forget, their tail-enders are capable of turning the tables with the bat as well.

While Australia have solid bench strength, their main concern will be their star all-rounder Ellyse Perry. She has been out of the action over six months after she tore her hamstring during the T20 World Cup and later underwent surgery as well.

How quickly can the ace all-rounder return to familiar prominence will form the key question?

Although she underwent rehab earlier, Perry didn’t feature in their practice game against New Zealand on September 24.

On the other hand, White Ferns aren’t you who your average force in white-ball cricket either. The return of former captain Amy Satterthwaite adds strength to a squad that has its own scores to settle with the Australians. They would like to give their best under newly-appointed captain Sophie Devine, whose ‘divine’ form – be it in the WBBL or in the T20 World Cup 2020- can certainly be a threat.

Undermining her big-hitting abilities can really hurt, isn’t it?

However, there’s no shortage of star power in the squad either, including star all-rounders Suzie Bates and Amelia Kerr. While Bates is the most experienced player in her unit, her consistent form will guide the side and shall provide the sheet anchor role as well.

Devine scored 132 runs in 4 games during the mega event in March, Kerr’s 19-ball 34 against India grabbed eyeballs. And, they certainly would want to replicate their form when they last beat the Aussies in early 2017.

However, looking at the squad, both teams have covered all bases – be it opening pair, middle-orders or the bowlers. But Australia will have the upper hand.

Having said that, the unpredictability of the shortest format of the game could see White Ferns surprise everyone. Although from a New Zealand perspective, they will face a handful of challenges from the Aussies – who’d want to keep up with the winning mantra. 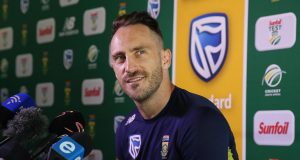