West Indies’ tour of England for the five-match T20I series ended in a bizarre way for the Windies Women. England whitewashed West Indies by 5-0 in the first series that took place after the global pandemic novel COVID-19 brought the entire world into a standstill since mid-March.

Although the ENG vs WI T20I Series was one-sided, there were a few performances which took the limelight.

Here’s a look back at the five-match ENG vs WI T20I series:

In the 1st game, England, upon winning the toss elected to bat first. As usual, their key openers Tammy Beaumont and Danielle Wyatt provided with a solid start. With Beaumont’s 49-ball 62 with 9 fours and a six and cameos from the captain Heather Knight and Amy Jones helped lifted England to 163.
Not a bad total, right? Wait, until the bowlers made sure it becomes an immense total.

While defending, England all-rounder Natalie Sciver drew the first blood. She dismissed Hayley Matthews for a mere 3. While her dismissal brought the captain Stafanie Taylor in the middle, she was seen struggling and could only manage 8 runs.

While no other batter could reach the double-figure, it was the opener Deandra Dottin who stood strong at the other end. With 6 fours and 2 sixes, the ‘World Boss’ smashed a 59-ball 69 and they managed 116 runs after 20 overs.

Moving on to the second game, West Indies chose to field first and soon realized how England openers could prove their decision wrong. Beaumont and Wyatt joined hands and stitched a 34 runs partnership inside 4 overs.

But, Windies women were no less as they put on check in their quickfire scoring and England were seen struggling at 96 for 6 in 14.1 overs.

Until then, it felt like a thrilling encounter as Taylor led side had the upper hand.

And, then, the mishap happened.

A 21-years-old Sarah Glenn came to bat and welcomed West Indies’ experienced Afy Fletcher with a boundary towards the long-off area. She again took on Shakera Selman for two successive fours – first one towards the backward square leg and the next one to the deep point fence.

The penultimate over started with a boundary to the deep backward point from Glenn only who finished with a 19-ball 26, helping her side to put up 151 on board.

An easy total to chase down, right? Well, the surprise was still left for the second innings!

While chasing, Windies lost their opener, Hayley Matthews, for mere 3. And once again Dottin came in the rescue with the captain – Stafanie Taylor and built a 61 runs partnership inside 12 overs.

As they say, the table can turn anytime in T20 cricket, once again it was proved in that game.

She came to bowl in the 12th over, conceded only 5 runs and trapped Dottin before the stumps for 38. She returned in the 14th over, gave away just 4 runs and provided with another breakthrough by dismissing Taylor for 28.

With these two dismissals, the poor form of the Windies’ middle-order came in the limelight again as no other batter could reach the double-figure and England managed a victory by 47 runs.
In the third match, where England were trying to seal the series, West Indies were keen to register a win to get back in the series. Batting first, England soon lost their openers within 3 overs.

As we all know England have a strong middle-order, once again it was proved!

All-rounder Natalie Sciver and the captain Heather Knight steadied the ship with 59 runs and managed to put up 154 on the board.

Again, a chasable target when the West Indies have Dottin, Taylor a few in their team.

But, luck once again didn’t support them. While Dottin once again became the saviour, no other batter could stay long at the crease despite Matthews (21), Taylor (14) and Henry (12). Dottin’s heroics (63 off 56 with 9 fours and a six) went in vain as lack of support from the other end ended their chase within 134.

And, for England, it was once again Sarah Glenn – who registered a bowling figure of 4-0-18-2 and helped his side’s win by 20 runs.
The fourth match of the series was no different as England were eyeing to register another win and they put up a total of 166 for 6 in 20 overs on the back of Knight’s 30-ball 42 and Amy Jones quickfire 55 off 37 with fours and 2 sixes.

West Indies, while chasing, were never in the game after losing their key player Dottin for mere 4 who failed to judge Katherine Brunt’s short ball and tried to hit through the on side, but ended up getting an inside edge that broke her stumps.

Windies never bounced back in the game as once again Glenn broke the partnership and removed two key players – Matthews (11) and Taylor (13). However, Chedean Nation tried her best to speed up things with 30 off 25 but she didn’t get any help from the other end and they eventually ended up scoring 122 in 20 overs.

The fifth match of the ENG vs WI T20I Series turned out to be the thrilling encounter. Due to rain, it became a 5-over per side affair.
Put into bat, West Indies posted 41 in 5 overs on the back of Dottin’s 11, Taylor’s 15 and McLean’s 14 with the loss of only 3 wickets.

Although the total was not hard to chase, England looked uncomfortable a bit in the middle.

Heather Knight opened the chase with Sciver but both could manage only single-digit scores. While Jones was out for a duck, Beaumont was their highest scorer (9). While no batter could reach the double-figure, England won the game by 3 wickets with 3 balls to spare, courtesy 7 extras.

This could be an interesting affair if Windies women avoid conceding the extras and they could register a consolation win as well.

With this 5-0 series win, England have shown their sheer dominance over West Indies. And, needless to say, one can expect that sparks will fly again when the two teams will take on each other in the 22 yards in future. 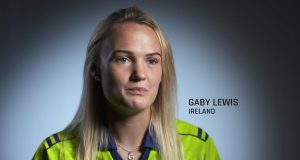 The Promise and The Power Of Gaby Lewis