The White Ferns under Sophie Devine would have absolutely loved to kick off the post-pandemic season with a series win. However, it wasn’t going to be any easy. Not only because they were up against Australia, but that they were taking on the mighty side at their own den.

But knowing the great form of the Australians in ODIs, especially in recent times, was a series win even possible?

Well, not where the results stood.

The recently-concluded games featured some impressive performances, including Amelia Kerr’s brilliant bowling and Meg Lanning’s century, but it was the Aussies who held the upper-hand as expected.

Think about the New Zealand fans for a second. It wasn’t that their team boasted of a lame unit, it’s a powerful line-up featuring accomplished names- Suzie Bates, Sophie Devine, Amy Satterthwaite, Amelia Kerr herself.

So what were the key talking points as the Sophie Devine led side ran into the dauntless Aussies?

Australia registered a unique feat after defeating New Zealand in the three-match ODI series – a record streak of 21* successive victories. Think for a second how mighty a form is a team enjoying to achieve a status like that.

But behind a successive run in any format, there’s got to be a body of work. The Australians achieved the feat inside a span of two and a half years, across five countries, and against six opponents, including four series’ away from home comfort.

Of their magnificent 21-winning streak, there hardly were occasions where the Lanning-led unit seemed lackluster- one such occasion being against England, when they won by two wickets and the other- against New Zealand- where they managed to win by five runs.

And what about the rest?

The Australians registered six wins by a margin of over 150 runs and no less than five run-chases where they lost just three wickets or so.

There are feats, there are great feats, and there’s a Meg(a) feat; this streak of 21 consecutive wins under Meg Lanning has enabled the Aussies to draw level with the Ricky Ponting-led side, that achieved the distinguished mark back in 2003. But for the Southern Stars, the achievement is rather special.

While Ponting’s team achieved it in 133 days, Meg Lanning’s side has remained unbeaten for 941 days.

Since 2000, when Australia reclaimed the Rose Bowl trophy, the White Ferns have never won it once, with the Aussies winning 60 in 74 ODIs during that period. On the other hand, the White Ferns won a three-match series way back in February 1999.

Since then, they have faced 16 defeats and a drawn campaign in 2009.

In fact, since 2017, Australia have won five T20Is and six ODIs in a row against the White Ferns, including the recent face-off in the T20 World Cup in the early part of 2020, where Australia registered a four-run win.

While New Zealand were searching for a long-elusive series victory, the Australians were relaxed but never complacent, despite having not lost to their arch-rivals, if one were to put it that way, in any format since 2017.

Australians didn’t just win the T20Is by 2-1 but also played aggressively to clinch the one-dayers. It was as if, Ellyse Perry’s exclusion, due to the injury, didn’t matter one bit.

The youngster Annabel Sutherland came in and didn’t disappoint.

Australia started with a 7-wicket win in the first ODI, courtesy of economical spells that restricted New Zealand to a below-par 180. Georgia Wareham, Jess Jonassen, and Sophie Molineux scored 2 scalps each.

However, the run chase became easy with free-flowing batting led by Alyssa Healy (26) and Rachael Haynes (44). Later, Meg Lanning scored an unbeaten 62 off 70 with 5 fours and 2 sixes and took the side home inside 34 overs.

Composed of a strong top and middle-order, it was Lanning’s unbeaten 101 off just 96 and Haynes’ 82 from just 89 in the second encounter, followed by Haynes’ 96 and Healy’s 87 in the 3rd ODI that proved the relentlessness of the hosts.

Despite not having Ellyse Perry, the team never looked dull in the bowling department. The Aussie bowlers frustrated the White Ferns, especially Jess Jonassen, finishing with 10-0-36-4, supported well by the rest.

From giving a chance to young Annabel, who starred with both bat and ball (2 wickets and 52 runs) to making way for Tahlia McGrath’s return, given Meg Lanning’s own unbeaten century to Haynes’ Player of the Series (222 runs with 28 fours and 2 sixes), performances, Australians didn’t put a foot wrong.

Suzie Bates’ injury and a dismal show of New Zealand

You can expect a nail-biting fight from a team with big guns like Suzie Bates, Sophie Devine, Amelia Kerr, Amy Satterthwaite, Lea Tahuhu?

Just that there wasn’t any.

Coming from the T20I series, Sophie Devine’s team would have wanted to bat way better for the ODIs’, but it was never meant to be.

Openers play a crucial role in any format of the game – be it ODI or the shortest format. However, New Zealand struggled in that department. While Devine was the strong stand, Natalie Dodd was certainly a weak-link.

With scores of 19, 34, and 5, she left the middle-order with much to deal with. A rather forgettable first ODI followed by stable performances from Devine (79) and Amy Satterthwaite (69) in the absence of Suzie Bates, who sustained a shoulder injury in the first game while diving awkwardly – proved the inconsistency in the batting order.

Needless to say, despite a lot of hopes resting on the ‘smash sisters’ with Amy Satterthwaite for company, the White Ferns were just no good.

Spinners from both sides steal the show

While the shortcomings in Kiwi batting made the series a one-sided affair, the spinners from both sides grabbed eyeballs, ensuring there was something to savor for Devine’s luckless team.

Although Megan Schutt provided with the big first breakthrough in the maiden ODI of the series, it was Georgia Wareham, who registered brilliant figures of 10-1-23-2 at an economy of 2.30 that paved the way for doubtless Aussie dominance. Even Jonassen and Molineux were not far behind, claiming 2 wickets each at 3.20 and 2.80, respectively.

The experienced Jonassen put New Zealand scoring under check thanks to a sensational 10-0-36-4 spell in the second ODI. However, the game could have gone in White Ferns’ favor had they managed to restrict the Aussies, the way ebullient batter Amelia Kerr was going about things with the usual fight.

Someone who was right on the money with the ball, Kerr’s 10 overs spell was profoundly impactful, wherein she removed Beth Mooney, Molineux, and Ashleigh Gardner.

Though you felt a lack of support from the other end didn’t help her cause a bit.

However, with a 3/50 in the final game, Kerr was at it again, but her opponents; the clever Aussie spinners were hard to negotiate.

Claiming 6 wickets in all, she Amelia Kerr finished the second-highest wicket-taker alongside Molineux after Jonassen and was the only real positive for the visitors.

But you’ve got to admit, lacking consistency and rhythm, the White Ferns were too underwhelming to ignore, hence the results being so poor, despite a flash of brilliance here and there.

Given the outcome of the contests, there hardly were any doubts about Australian superiority, and if any, should get addressed by the mighty winning streak. 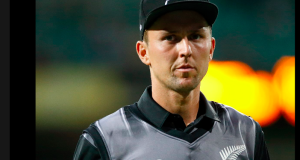