Enjoying T20Is is what fans seek from Cricket today, isn’t it? So at a time where there’s already the 2020 edition of the famous IPL going on, how about adding more fun?

In the next few hours, the biggest blockbuster in the women’s game- Women’s Big Bash League (WBBL)- will commence its sixth season.

It will be a huge responsibility for Cricket Australia to make it bigger than the T20 World Cup held earlier this year when no fewer than 86,000 people attended the high-octane final.

There’s little doubt that this league has tried to become the bridge between the international and domestic circuits having successfully provided the game young talents from the beginning.

However, thanks to the unwanted pandemic-affected run, the entire 2020 season will be played in Sydney because of COVID-19.

So what are the big things one can expect from WBBL 2020?

Since winning the ICC T20 World Cup in March, Australia have only played a series against White Ferns. The three-match T20I series, they won by 2-1.

Although they lost a game, stat has a better say.

They scored 390 runs and took 22 wickets in the three games. And, to continue this momentum, all are wanting to get back in action soon.

After all, who can forget the onslaught of Alyssa Healy and Beth Mooney in the T20 World Cup final?

They scored 75 and 78 not out respectively. And, they will play for Sydney Sixers and Perth Scorchers respectively.

Apart from them, there is Jess Jonassen, the vital cog of Australia’s playing eleven and a go-to player with the all-round performance. Her contribution helped Brisbane Heat win the title last year. This season the onus will be on her too to win another title.

With other international players in the sides, the spotlight will certainly be on the league for the next few weeks

Melbourne Stars have finished sixth last year. To live up to the expectations, they were needed a change in their team. And, they successfully did it.

Australia captain Meg Lanning has returned after having played three years for Perth Scorchers. Lanning, who will lead Stars this season, scored a whopping 531 runs last year for Scorchers which came at an average of 40.84.

If in case, she fails to step up in a game, there will be England duo – Natalie Sciver and Katherine Brunt. While Sciver’s all-round ability is beyond doubt, Brunt’s fiery spell, be it in the power play or the death – can turn the table anytime.

Along with them, there will be Elyse Villani and Mignon du Preez in the middle-order. With this star-studded side, if they reach the final or win the title, it wouldn’t be a surprise as well.

England captain Heather Knight and Tammy Beaumont shall play for Sydney Thunder in the WBBL edition 6. While Knight, England Women’s captain has played for Hobart Hurricanes earlier, the right-handed batter Beaumont has featured for both Melbourne Renegades and Adelaide Strikers.

On the other hand, one of the fieriest batters at the highest level- Beaumont scored 277 runs in 2019 and was England’s highest run-scorer in the recent T20I series against the West Indies in Derby as well.

Sophie Devine – the name is enough to ring alarm bells and concern for opponents – with both bat or ball. Sophie, the White Ferns skipper was in ‘divine’ form in WBBL 05, topping the charts with a whopping aggregate of 769 runs in 16 matches, which came at an average of 76.9, moreover, with a strike rate of 130.

With nine half-centuries and 15 wickets, Devine was in a formidable form. Should the big hits to the fence continue this time around as well, there’ll be trouble and even mayhem- who knows?

Moreover, in the recent T20I series against Australia, Devine was at it with both bat and ball. That she’ll play in familiar conditions will only suit her game.

She has a winning percentage of 62.7 and her new team Perth Scorchers will be hoping to go big under her leadership.

Can that happen in the 2020 WBBL season?

To her advantage, Sophie Devine will get England pair Sarah Glenn and Amy Jones in her stable. Both are fresh from a successful T20I series against the West Indies. Glenn was the highest wicket-taker whereas Jones smashed her maiden T20I half-century as well.

Although this will be a new atmosphere for the spinner, Glenn having earned her maiden WBBL call-up, but her recent form will add fuel to the much-expected success.

Molly Strano finished WBBL 05 as the highest wicket-taker with 24 at 16.91 using her clever her off-breaks. She featured for Melbourne Renegades that reached the semi-finals.

Alongside her, Renegades will get Maitlan Brown who claimed 16 wickets which came at 22.12 and they are certainly looking forward to replicating their success this season as well.

Besides, there will be Belinda Vakarewa, Sarah Coyte, Sammy-Jo Johnson, Amanda-Jade Wellington and Hannah Darlington too who are ready to step up in WBBL 06 as well.

But that said, can a list be rendered complete in the absence of Ellyse Perry?

How can it seem complete in the absence of the world’s premium all-rounder of the women’s game?

Notably, she is the highest scorer of the league so far with 2,612 runs in five seasons.

Although she had been suffering from injury since March during the ICC T20 World Cup 2020 and didn’t feature for their recent series against White Ferns, this WBBL will give her another chance to boost her confidence.

Fan Or No Fan, Excitement Will Continue

With IPL 2020 being playing behind close doors, WBBL 06 will be different; will witness fans in the Sydney stadia. There will be 59 matches in this edition and Cricket Australia confirmed that fans can buy tickets for some games as well.

However, there’s more good news. All games shall be live-streamed.

Amid the crunch time of the COVID-19 pandemic, this league will give some fresh breathing space in that women’s cricket returns after nearly half a year and that too with T20 fireworks.

So get yourself on that couch, leave everything around and just stay there. 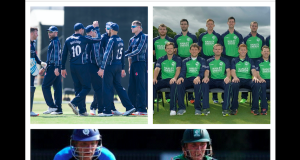 Pranay Rangra - December 13, 2021
0
It is no surprise that World Cricket over the last few years has been...