The second week of Women’s Big Bash League (WBBL) has also witnessed three matches being washed out by the rain. There were a few rain-truncated games too where a few fifties and stunning spells stole the limelight.

In one of two matches that had a result, Heather Knight took the limelight away from others with her all-round show. In her third match for Sydney Thunder, she surpassed her highest WBBL score which she smashed for Hobart Hurricanes.

While coming into bat in the seventh over, the England captain smacked 83 off just 39 balls with 11 fours and 3 sixes. Her transformation as a T20 batter is remarkable. From her debut in 2010 to January 2020, she had hardly a fifty in T20Is but in the last 10 months, she has added three more half-centuries and a maiden T20I century in her kitty.

If you are thinking this is it, you are mistaken.

Within 24 hours of posting her highest-ever WBBL score, Heather Knight stole the show with the ball this time. She picked up the wickets of Jess Jonassen, Maddy Green and Georgia Redmayne and left the defending champions Brisbane Heat struggling at 30 for 7 in the chase of 45.

Knight finished with a spell of 3 for 4, her best-ever figures in the shorter format of the game as well.

On the other hand, her team Sydney Thunder successfully won both the games, who failed to complete a game on the first weekend.

Due to rain, their innings was limited to 73 and when Brisbane Heat started chasing, they required just 45 from five overs. Meanwhile, Sam Bates claimed a double-wicket maiden, removing Grace Harris and Laura Kimmince, to take the team home.

While both the Sixers and Stars didn’t get the game on Saturday, Sunday witnessed two blitzy innings from Alyssa Healy and Elyse Villani.

Melbourne Renegades put up 119 for 7 in 18 overs in a rain-truncated game, courtesy a quickfire fifty from Georgia Wareham (54 off 27 with 5 fours and 4 sixes). Chasing the score, Healy didn’t take much time. She smashed a 31-ball 60 and Sixers sealed the deal within 13.1 overs convincingly.

On the other hand, in another rain-hit game, Katherine Brunt and Nat Sciver’s 3 wickets apiece dismantled Hobart Hurricanes’ batting order, restricting inside 89 runs. The target was easily achieved by the Stars in 11.2 overs, courtesy – Villani’s stormy half-century (51* off 32, with 6 fours and 2 sixes).

The 17-year-old seamer has already stolen the limelight with her intense pace. The youngest-ever player to represent Adelaide Strikers, Darcie Brown claimed three wickets on her debut which also included the wicket of Nicola Carey with a stunning in-swinger.

With Tayla Vlaeminck’s injury, Darcie Brown can be a good prospect for Australia’s pace bowling unit.

The sixth edition of WBBL faced issues due to where at least one no result or abandonment on each of the four days was seen. Most of the teams couldn’t play their full quota, all thanks to rain – again in Sydney.

Sixteen games into this year’s WBBL and a total of eight games ended with no result. A year which is already frustrating with the global pandemic novel COVID-19 – has now been getting affected with rain too.

And, who can understand the pain better than England players, who were forced to go home after a rain-affected semi-final against India in the ICC T20 World Cup semi-final in March?

While Melbourne Stars have seen all three of their matches washed out, Melbourne Renegades and Hobart Hurricanes are yet to open their account as well.

With plenty of games left in their kitty, teams are surely looking forward to giving their best in their upcoming matches. 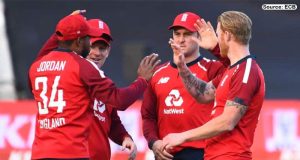 Abhishek Srivastava - October 23, 2021
0
Over the years, England have redefined how limited -over games are played. Probably that’s a reason they have...