In past 12-18 months, Pakistan’s stocks have fallen in T20 Internationals and before they lose their way like they did in ODIs, it’s time to infuse new energy. Bu that can be done by giving long run to players like Danish Aziz, a new force that has emerged on the horizon.

Pakistan’s decline from a top fifty over team is well known. Since 2007 World Cup they have fallen behind the rest of the world, something which could be compared to England’s abysmal record between 1992-2015. However, during the same time, they rose to the prominence as T20 international team, winning a world cup and loosing another in nail biting finish. They also dominated the ICC ranking as #1 team for considerable period. However, a recent trend of slide has been seen in their fortunes. They have not only lost the matches, but their game has also fallen behind the standards.

So, what has been the reason behind the dwindling fortune of Pakistan in T20s? The experts suggest the problem lies in holding up the aged players; Pakistan is still persisting with old warhorses in a format that requires ceaseless energy. Among many such young players that can be drafted to the national team is Sindh’s 24-year-old Danish Aziz, a man who has risen to prominence through an array of impressive performances in the recent times.

Danish Aziz, who hails from Karachi has been playing for Sindh from 2014. He was initially given chances in first-class games and List-A matches, but it was only after Sindh realized his capability that he was given the chance to represent the T20 team of the provincial side in 2016-17.

And it was here that Aziz found himself home. He was more suited to the format which required power-hitting.

But that’s also where things got interesting.

Strangely Aziz’s breakthrough moment came in 50- over domestic game. Two years back in National One- day Regional Cup’s final (Pakistan’s domestic tournament for 50 over game) his home side Karachi was struggling at 149-4 in the twenty-seventh over against Islamabad, who had posed a daunting 347. Danish joined Fawad Alam and both the left handers cracked the chase with stunning 192 run partnership of just 132 balls. Danish was brutal in his power packed innings of eighty-four which comprised of six half-a-dozens sixes and four boundaries. The innings gave him the confidence to carry in the T20 format and since then he had been a changed player.

Last month only he helped Sindh to claim to thrilling victories in what were almost lost games for the southern provincial side. Against Central Punjab, Sindh was struggling at 4-53 after 8.1 overs chasing 171 to win, in such a pressure scenario Aziz made a blistering fifty-nine off just 5.2 overs, with five fours and three monster sixes. This effort helped his side to win the game with still five deliveries to spare.

Few days later Sindh was again in problem against Khyber Pakhtunkhwa. Chasing a modest target of 139 in twenty overs, Sindh were 7-34 and looked for an utter humiliation. In such a scenario, Aziz once again rose to the occasion, he first added seventy- one on the eighth wicket with Anwar Ali and after that that took the whole chase on his own shoulders.

Even after all the efforts when last over started Sindh needed a hefty twenty (never that easy right) of six deliveries and ultimately an impossible looking fourteen off just three deliveriess but Danish showed what he is capable off , he smoked three consecutive boundaries off Iftikhar Ahmad (6,4, and a 6) and ultimately sealed the match with a final ball six.

These two moments enhanced Danish’s reputation as a finisher and someone who can chase in a pressure cooker situation, a rarity for Pakistan batsmen. His hard hitting came as a bonus and when a 35-men squad was announced for the series in New Zealand, Aziz was picked up by the selectors. While the squad is combined squad for Test and T20I series but its clear that Aziz’s recent performance shall earn him a place in T20I team when final XI will be made up.

Truth be told, Pakistan need to handle Danish Aziz properly and a consistent run must be given to this youngster. Given his talent, even a tiny iota of ignorance may send Danish lost in the pages of Pakistan’s cricket history, where quite a few in the past have vanquished, often minus a trail.

Surely, that’s the last thing anyone would want to happen with an avid youngster- right?

That said, one can only say infusion of new handy talent may only make the task on Babar Azam a bit easy than before, since it often comes down to the master of cover drives to fashion triumphs for Pakistan- don’t you think?

We don’t know whether Danish Aziz will become big success or no but where it stands at the moment, it must be said that Pakistan batting seems in bright hands. 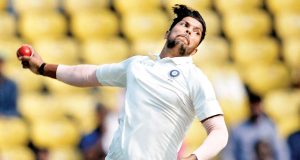 A Coal Miner’s Son: The Journey And Struggle Of Umesh Yadav

Abhishek Srivastava - February 8, 2018
0
From being born in a lower- middle class Indian family and aspiring to be a constable in Police services to becoming a premier fast...